When noise levels rise over 55 decibels, sound becomes unsound. Isolated pleas against the racket of revelry have fallen on deaf ears. But a clutch of conscientious citizens across India have collectively clamoured and crusaded against the decibel din. Their struggle has been strenous in the face of official apathy and lax law enforcement. But it has made the judiciary sit up to these unsound practices 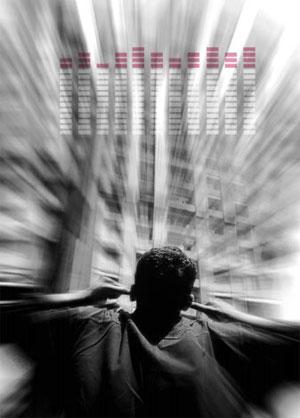 The persistent honking of a car stuck in a traffic jam. The blaring music playing at a wedding in the nearby community hall.

The mind-numbing splutter of gensets every time power breaks down in the neighbourhood, or the noisome grating of gravel at a construction site next to your house.

It gets to you, makes you want to plug your ears, mouth profanities or helplessly scream in sheer exasperation. But that's about as far as most go.

A handful of citizens have, however, transcended the 'bystander syndrome' and stepped into the spotlight to crusade against the menace of noise pollution and clash against an obdurate system that does nothing about it.

Unfortunately, the 'noisemakers' lobby, including politicians, police and the elite, is strong. Consequently, activists who have approached the court and received positive judgements, have had to fight further for the implementation of the legal order by the local authorities.Several cases against noise pollution are pending in various courts of the country.

Law: A paper tiger The Noise Pollution (Regulation and Control) Rules, which came into being in February 2000, stipulate that loudspeakers cannot be used at night between 10 pm and 6 am. But noise often continues much beyond the curfew hour. Probably because the noisemakers are also the law keepers or backed by them.

For instance, the Mumbai police used blaring loudspeakers much beyond 10.00 pm while celebrating a function on communal harmony in January this year.

Not further away, Goa Chief Minister Manohar Parrikar also conveniently toned down the rules by declaring that as long as the noise did not become a 'nuisance', merriment could continue well past midnight during Christmas.

In Mumbai, when Pandit Jasraj was asked to stop his concert midway, one evening in January this year, he demanded that rules imposing noise curfews must be scrapped.

Such misdemeanours probably continue, as the ink framing the law, is still wet. Before these rules came into being, the Environment Protection Act (epa) of 1986 made a passing reference to noise pollution. Fourteen years later, in February 2000, the Union Ministry of Environment and Forests (mef) woke up to the dire need for regulation and formulated the Noise Pollution (Regulation and Control) Rules. Although used by the court, these are still mere words on sheets of paper.

The rules state that:

Noise pollution is treated as part of air pollution and the Central Pollution Control Board (cpcb), is the monitoring agency. However, cpcb does not even have a special officer to deal with the problem.

Moreover, noise pollution levels are generally monitored only during festival time and that too, in a few specific areas (see charts: Festival time in Mumbai, Mahakumbh mela in Allahabad). But then, authorities consider it politically incorrect to meddle with religion and cultural celebrations during this time.

For the major part of the year therefore, expensive noise measuring equipment simply gathers dust. With no documented proof of noise levels exceeding prescribed limits, it becomes all the more difficult to nail the culprits.

Official apathy aggravates the trouble further. For instance, the Tamil Nadu Pollution Control Board (tnpcb) outright refused to measure noise levels in Kodaikanal, when asked to do so by the Consumer Protection Association of Kodaikanal on the pretext that the area was not under its jurisdiction.

Since 1960, only stray voices of decibel activists kept gunning for noise pollution. However, after the inclusion of noise as a pollutant in the Environment Protection Act in 1986, this movement strengthened and received active support from various high courts and the Supreme Court (see box: Mumbai, Kodaikanal, Alappuzha and Kolkata).

Although legislation, active implementation and awareness are the keys to fight noise pollution, it has to become a peoples programme.

There is a dire need to educate law enforcers about the hazardous nature of noise.

It is also suggested that a separate cell should be set up to receive and tackle noise pollution related complaints. Each complaint should be given a docket number, and the officer who takes down the complaint should write down his name alongside the grievance. In keeping with this suggestion, a special panel to monitor noise has been formed in the state of Maharashtra.

However, noise pollution cannot remain an issue just for politicians and the ruling party. "People must start making noise about noise pollution," says Sumanan, a crusader from Kerala.

P N Rao, chairman of the Anti Noise Pollution Committee, goes one step further to suggest banning of "all noise-generating instruments, unless it can be proved that they are not violating any rule (see chart: Prescribed noise levels )".

What can you do? At an individual level, all you need to do is make a little less noise today. The rippling effect of this one step will be a giant leap towards a better tomorrow.

With inputs from Jayanta Basu, Kolkata