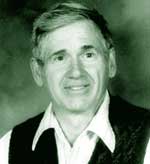 Charles David Keeling, the climate scientist whose meticulous measurements of atmospheric carbon dioxide (co2) levels warned of human activity changing the composition of the atmosphere, is no more. He died of a heart attack on June 20, 2005.

"Keeling's measurements of global co2 levels are the single most important environmental data set taken in the 20th century," said Charles F Kennel, director, Scripps Institution of Oceonography, University of California, usa. In 1956, Roger Revelle, then director of Scripps, had put Keeling in charge of measuring co2 levels at the institution's observatory. He was to remain associated with Scripps till death, though in 1958, he did move base to Mauna Loa volcano, Hawaii. The observatory here was far from industrial influences. But co2 levels rose by the day, even here. This data shaped the Keeling curve that depicts rise in atmospheric co2 levels as a result of human activities.

The Mauna Loa data also demonstrated that oceans and vegetation absorb, from the atmosphere, large amounts of the co2 produced by burning fossil fuels and industrial fuels. But such absorption could never atone for the human-made emissions of co2 , the data revealed.

Before Keeling's observations, scientists did not know why co2 levels in the atmosphere varied with season. Keeling showed that this happened because plants absorb more of this gas during spring than in winters. He was to use this finding to produce clinching evidence of climate change: in the 1960s, he showed that plants were taking up co2 earlier than ever before, and so spring set in earlier in the Northern Hemisphere.

Such work required persistence. In the early 1960s, the us National Academy of Sciences stopped funding Keeling's studies, describing them as "routine". But with help from friends at Scripps and in Washington, Keeling prevailed. Today, climate scientists worldwide await the annual Mauna Loa results. Last year, they showed that co2 levels had risen by two parts per million in the atmosphere for two consecutive years. This is the first such rise since the Mauna Loa measurements began.

Recognition came in thick and fast: from even the global warming sceptic, us President George Bush. In 2002, Bush conferred on Keeling the National Medal of Science, the highest us award for scientific research. But the greatest tribute came from Keeling's peers. In his book, The next hundred years, writer Jonathan Weiner aptly described Keeling's work: "He measured the breathing of the world".