No health without wealth 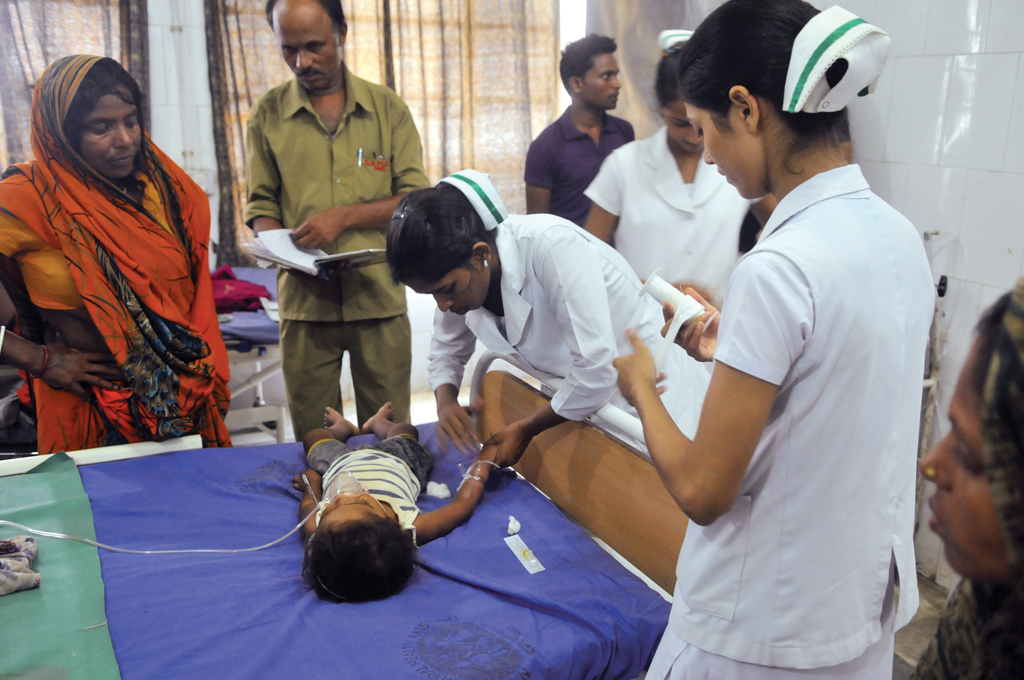 In rural areas, people visit private healthcare facilities for 72 per cent of all ailments

Almost one in every four rural households in the country takes loans to pay medical bills, according to the latest National Sample Survey Office (NSSO) report. The situation in urban India is marginally better, where one in every five households borrows money to meet their medical expenses. What is even worse is that high debt forces 0.8 per cent of rural and 0.4 per cent of urban households to sell their assets to pay medical bills.

The report, Key Indicators of Social Consumption in India: Health, shows that the reason for the debt is that people are paying exorbitant amounts of money for private healthcare on the back of a decaying public healthcare system. An analysis of the recent and past NSSO data shows that over nine per cent people have turned to private healthcare in the past two decades because of poor public healthcare infrastructure. What is also visible is that the majority of this shift took place in the urban clusters—an area that is hardly covered under any government scheme. In 2013, the Centre formulated the National Urban Health Mission under the National Health Mission (NHM). However, the mission is yet to take off. In contrast, government schemes, such as the National Rural Health Mission (NRHM) that was started in 2005, have at least arrested the trend of people going to private healthcare. In fact, latest NSSO data suggests a slight dip in the number of people in rural areas availing private healthcare facilities in the last decade. (see ‘Percentage of hospitalised cases’,). 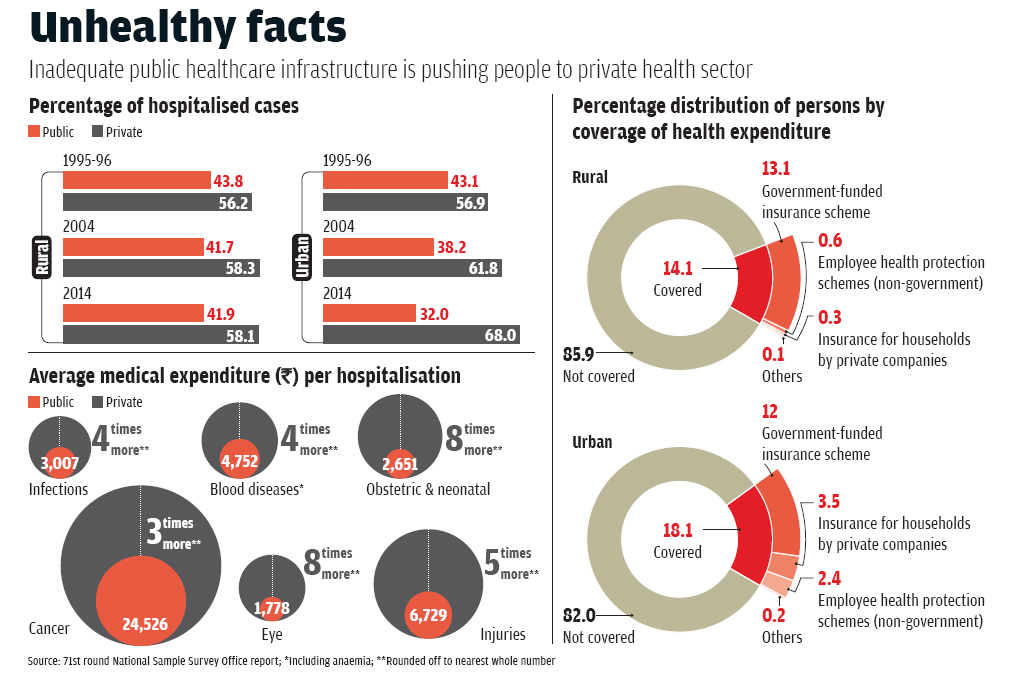 Only the number of community health centres (CHCs) increased by 10 per cent. The 2014 report also says that the existing public healthcare set ups lacked basic infrastructure. For example, more than 90 per cent of CHCs did not have all the specialists required by their mandate.

But instead of putting in more money in public healthcare, the government has been reducing the funds. India spends hardly one per cent of its GDP on health. In comparison, USA spends 8.3 per cent of its GDP on health. Experts have been demanding an increase in the budgetary allocation for health to 2.5 per cent of GDP for decades. But instead, the Centre this year slashed the budget for the health sector by Rs 6,000 crore. Before this, allocation to the Union Ministry for Health and Family Welfare saw an increase of 81 per cent in the past six years—from Rs 21,680 crore in 2009-10 to Rs 39,238 in 2014-15.

The government’s failure to strengthen public healthcare system is the most obvious reason people are being forced to pay through their nose for private healthcare services. The survey report says a patient hospitalised in a private nursing home on an average spends Rs 25,850—which is three times more than the cost incurred in government hospitals. The actual average for private hospitals would be higher because the NSSO survey considers charity hospitals under the private category (see ‘Average medical expenditure (Rs) per hospitalisation’). The NSSO data also shows that private hospitals charge at least eight times more than their government counterpart for pregnancy and childbirth.

Sengupta warns that increasing the insurance cover will further weaken the public sector as it indirectly pushes people to go to private healthcare facilities. “The government needs to make the public healthcare system robust. This is the only way to achieve universal health coverage,” he adds. Experts suggest that the focus should be on improving primary healthcare. Even a 2010 report by a high-level group under the former Planning Commission recommended the government to strengthen its network of primary health centres. But the opposite is happening on the ground. “The government is augmenting tertiary care while neglecting primary health centres,” says Phadke. This flawed focus remains the basic problem.