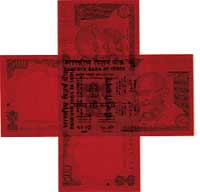 Doctors abuse the insured status of the patient by performing unnecessary surgeries and investigations, said N Devadasan of the Institute of Public Health in Bengaluru. Hysterectomy (surgery to remove the uterus) for women under 35 is common. Normally, it is recommended only in special cases.

People end up staying in the hospital 24 hours for something that can be done in day care to meet the criteria of an insurance policy, said Malay Nandy, consultant oncologist in Delhi. It is a waste because a bed could be used by a genuine patient, Nandy added.

Then, there are third party administrators, or tpas, to deal with. The tpas, meant to facilitate cashless treatment and act as middlemen between hospital and the insurance company for claims, were inducted into the system in the mid-1980s.Nandy added that the tpas usually make it difficult for the hospitals by finding ways of not reimbursing claims. The tpas send unnecessary queries. Doctors have to answer them and run after tpas, Nandy added.

The tpas, say the insurance companies, delay payment; the insurance companies say they have paid the tpa, said T S Kuckrejja, executive vice president of amri hospital in Kolkata. When a patient is admitted to the hospital, a doctor prepares the initial report according to the medical history and the patients immediate complaints. Doctors send this report to the tpa. As treatment progresses, there is every chance that the diagnosis might change and the final report is different from the initial one, said Kuckrejja.

If the tpa refuses claim saying there is a difference between the two reports, what can be done? he asked. The fine print of most policies mention that any difference between the initial report and the discharge summary would result in the cancellation of the claim. Kandpal of Max Healthcare added that most hospitals had problems with tpas on administrative lines, such as delayed authorization and unjustified deductions.

For a small hospital, the cost of getting the money back from an insurance company is high. We have had to hire a person only to do this work, said Nimrat Gujral, director administration of inscol, a hospital in Chandigarh.