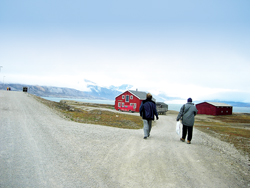 India sent its first team to the Arctic recently. Two of its members have returned with a variety of samples, some dating back to millions of years. ARCHITA BHATTA spoke with them

"We found round worms wriggling at 300-1,000 feet below sea-level. The temperature there was around 1.5-1.8c. Now we have to find out how these creatures survive in such conditions," said S Sivaji, deputy director of Centre for Cellular and Molecular Biology, Hyderabad. He was part of a recent Indian expedition to the Arctic. Two members of the team are back.

The Arctic is icy but compared to Antarctica, temperatures here are much more congenial for research; it also has much more vegetation and offers a lot of geological clues. Some rocks here date back to more than 2,000 million years. The Arctic is relatively untouched by anthropogenic intervention and the cold climate has carefully preserved geological and biological relics. "Such pristine conditions are particularly useful in studying glacial melt and helping us understand the dynamics of microbial life," Sivaji said. The scientists have collected rock samples, ocean sediments, microbe and other biological samples.

The fieldwork involved long trekking over glaciated terrains and loose moraines and boulders. There was also a course in rifle shooting to guard against polar bears.

"Rough rides on boats in the choppy fjords did make us sea sick at times. But the thrill of collecting sea bed samples from different depths compensated for all discomfort," said Rasik Ravindra, director of National Centre for Antarctic and Ocean Research and the leader of the team.
The team will initially focus on bioprospecting of microbes, measuring atmospheric aerosols and ions and conducting earth science studies at Ny-Alesund--an international research base to study the marine, terrestrial and atmospheric environments of the Arctic. The team claims that the studies are geared towards climate research and environmental monitoring. 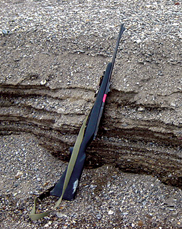 "Arctic glaciers have receded by 3-4 km. We have to study how long it has taken them to recede this distance," said Ravindra. To understand this, the scientists have collected samples from moraines that the glaciers have left in their path.

The researchers will examine the snout of the Midre Lovenbreen glacier during summers and winters for the next 10 years to see if it is receding. co2 increase in the atmosphere and the rate of absorption of this gas by the sea (there is negligible absorption by plants in this part of the earth) will also be studied for climate research.

All this is significant research, in view of the recent facts pointing to warming of the Arctic. This year's summer ice cover, for example, was far below the average of the last 30 years--the summer melting period, in fact, still continues. "Already, there is a million sq km less sea ice than what is normal at this time of the year," reports the Norwegian Meteorological Institute.
"We will also be studying the wind and ocean currents to find links between the Arctic and the Indian Ocean. These connections are important because they influence the intensity of the Indian monsoons," Ravindra said.

"Ocean and wind current are bipolar. We have been studying them near the Antarctica for the past 25 years. Now we need to study the Arctic for comprehensive understanding of the currents," he added.

Scientists say that wind and ocean circulation in the northern Atlantic and southern Arctic not only drives the oceanic circulation but also regulates global climate. 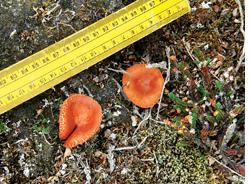 The Indian researchers will study atmospheric aerosols and particles and pollutants, not original to the site--their dimensions, their origins and the time taken to reach the Arctic.


"I have carried around 3 kg of biological samples back home for analysis. Of that, most of it is ice. I have to keep the samples in Arctic conditions till I analyse them," said Sivaji. "95-97 per cent of Antarctica is covered with ice during summers while the landmass of the Arctic is visually bare at this time. So we can get many more biological samples in the Arctic. We found around 25 varieties of ferns. There were some flowering plants as well," he added.

The team has collected some samples from the ocean bed at 1,000 feet deep. There they found plants that did not have leaves. At another place, at a depth of about 300-400 feet, there were sediments that had a distinct red dish hue. Was that due to leaching of some mineral from surrounding rocks. "It is too early to arrive at scientific conclusions," Sivaji said. The scientist said that he could easily devote the next 10 years to the study of the micro-organisms in the Arctic.

The temperatures are not very unfriendly. The expedition was flagged off on August 3 and two on them returned to the country on August 18. Land temperatures were between 1-8c, during their stay, while that of water was between 1.8-4c.

Sivaji said that at such temperatures, microbes are likely to produce a variety of enzymes that can then survive at low temperatures. The Indian scientists will identify enzymes and biomolecules that can be used in the pharmaceutical industry, as food supplements and as baking detergents.

"This is an extension of the bio prospecting project that we had started in the Antarctic some 25 years ago. We have already created a niche in this area with around 180 papers," Sivaji exulted.

"India now joins countries like Norway, Germany, France, Britain, Italy, Japan, South Korea and China in research and exploration of the Arctic region," Union minister for science and technology, Kapil Sibal said during the ceremony to flag off the expedition.

Exploring the unknown is no doubt a matter of huge excitement for the scientists. But how useful is such bioprospecting and climate research. It's perhaps a little too early to ask this of the Arctic expedition. But has anything concrete come out of the niche India has created in Antarctic research? A commentator at a recent scientific expedition launch asked a very pertinent question: "A lot of public money is spent in these researcch programmes, in the coming and going of scientists. But is the country really gaining anything out of such research?"

The country's scientific establishment should be bracing up to answer such uncomfortable questions.