Is institutional racism for real?

Is institutional racism for real? 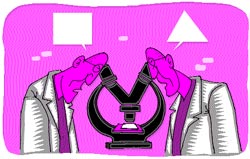 A recent review of editorial boards of ten leading international psychiatry journals has revealed almost nil representation from developing countries. Shekhar Saxena, coordinator, mental health unit of World Health Organization (who), conducted this review, searching for board members from low-income and middle-income countries using the income criteria set by who. Not surprisingly, only four board members of a total of 530 were from developing countries. A review of five leading medical journals also revealed a similar bias (See table, below: Unequal representation).

It is hardly surprising that diseases of the developing world like malaria and tuberculosis do not receive the degree of attention in the medical press or the research funding that they require. Funding in medical research is skewed to the extent that 90 per cent of it is on diseases which afflict only an elite 10 per cent in rich countries.

Raj Bhopal, professor Public Health Services, Community Health Sciences, Edinburgh, England, feels that institutional racism was always a part of the medical community; it has now pervaded medical research too. According to P Singh, a doctor of Indian origin who has worked in the British National Health System (nhs) for 19 years, discrimination in the institution manifests in doctors of foreign origins being made to do unattractive jobs over long periods and consequently "not able to compete against local whites coming through the fast track and having done all the right jobs". He also feels there is clear and outright discrimination against extraordinarily driven and very bright blacks who have come through the system despite all odds.


Samiran Nundy, gastroenterologist at the Sir Ganga Ram Hospital, New Delhi and a member of editorial boards of some journals has a different point of view. He contends, "The readership of the so called international medical journals is mainly 'western' doctors most of whom are uninterested in what is going on in the developing world. So even if an article submitted from a doctor in a developing country contains good science it may be rejected as being irrelevant to the majority readership." Nisha Dogra, senior lecturer and honorary consultant in child and adolescent psychiatry, University of Leiecster, uk, holds that since the uk has a high rate of heart disease and cancers, it is reasonable that research on them is funded.

According to Sunil Pandya, neurosurgeon, Jaslok Hospital and Research Centre, Mumbai, and member of the Forum for Medical Ethics Society, Mumbai, racism in medical research is a convenient grudge to invoke "when our own papers are rejected or when we are bypassed in selections to the editorial board of an international journal". Nundy asserts, "We'll have to do good research into the problems that affect us and publish them in our own journals, which should reach international standards. Why should we be so concerned about getting on to editorial boards of western journals?" Striking a discordant note, Satyanaryan Hegde, a pediatrician at Mayday hospital in uk says that it is prejudice that prevents Indian doctors from getting a good press in the West.

The incidence of under-representation can be enumerated; but their causes cannot. For discrimination is not overt. It is very important to recognise that a malaise exists, for indifference towards it will only aggravate the inequities in health care that exist today.
Medical Research WHO Developing Countries Health Care Malaria Tuberculosis Debate Debate South Africa Solar Energy Solar Energy Renewable Energy Renewable Energy KaXu Solar One Pofadder Northern Cape Abengoa Solar Ebrahim Patel Manuel Sanchez Ortega Geoffrey Qhena Renewable Energy … Down to earth News News News Web edition Web edition
SUPPORT US