Is the Tehri dam safe?

A crack has appeared on the mountainface forming part of the Tehri dam reservoir. Will such cracks effect the dam project in case of seismic activity? How safe is the site? How serious are the implications?

Is the Tehri dam safe? 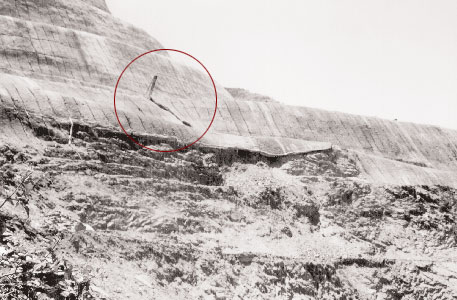 A CRACK on a mountainface forming part of the reservoir of the controversial Tehri dam in Garhwal, Uttar Pradesh, has once again cleaved expert opinion on the Himalayan dam’s safety. An L-shaped crack has appeared on the rocky surface above one of the tunnels leading to the dam’s power house. The dam authorities dismiss it as a mere construction error. However, it is not known how deep the crack is.

Several non-official experts link it to the unstable nature of the rocks and warn of possible future damage due to earthquakes. For experts, who had warned that the dam may be damaged due to the seismic activity in Tehri Himalayan foothills, the crack appears as a supporting evidence. Mired in controversy for over a decade, the 2,400-megawatt dam on the Bhagirathi river, which merges into the Ganga downstream, was meant to supply power and water to north Indian towns and cities, including Delhi.

The mountainface on which the crack has appeared had already been subjected to strengthening procedures such as rock-bolting (inserting rock bolts into rocks) and grouting (injecting cement slurry into fissured or permeable rocks). Some say it is just the plaster that has cracked open. “The plaster has come off the slope of the Raika hills above Tunnel number 3,” says S K Sharma, general manager of Tehri Hydel Development Corporation (THDC). The crack was noticed in March. According to him, a group of Russian consultants stationed at the dam site have taken stock of the situation.

It is the fault of engineers who did not accurately measure the depth of the rocky texture of the hill before carrying out the strengthening procedure, Sharma adds. However, he insists that there will not be any threat to the 260.5-metre-high, rock-filled main dam structure that has yet to come up.

It is the low shear strength (low load-bearing capacity) of the mountainface that made the strengthening measures necessary in the first place. Sharma notes that the crack has developed right above a portion of the mountainface where land mass caved in during rock strengthening procedures. The affected area is a weak zone at altitude of 805m to 872m above the sea level. At full reservoir level, when water touches the 830m mark, a part of the low shear zone will be under water, says Vimal of the Tehri Bandh Virodhi Sangharsh Samiti. The mountainface on which the crack has appeared would eventually form a part of the reservoir.

Its weakness could have serious implications, critics of the dam note. P S Saklani, a Delhi University professor and an expert on Himalayan geology, points out that the dam will contain 26.2 crore cubic metres of water, and as the water passes through the tunnels there would be vibrations. Sunderlal Bahuguna, who spearheads the antidam movement, warns: “The Raika hills can fall anytime.” Bahuguna notes that in Italy, the adjacent walls of a reservoir fell, causing a catastrophe.

Landslides are common in the Tehri hills. There are two kinds of landslides — rotational and planar. Slope stability studies of the reservoir rim have ruled out the occurrence of rotational landslides that are the downward and outward sliding of rock masses or unconsolidated materials along a curved surface. Rotational landslides are more damaging, say scientists at the University of Roorkee, Uttar Pradesh. The dam may, however, be subject to a number of planar landslides, which occur along the surfaces. 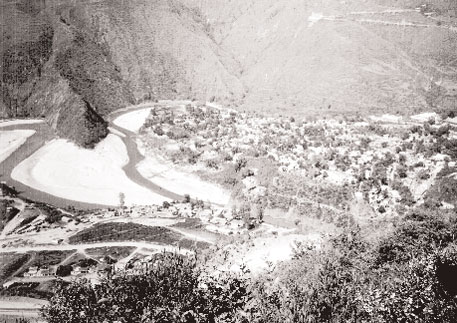 To counter the impact of water waves created by such a landslide, the dam designers have left a “freeboard” of 9.5m between the top of the dam and maximum water level. Afforestation would prevent the seepage of water into the soil and minimise the occurrence of landslides altogether, says a civil engineering expert at Roorkee.

Annabalagan, a professor at the department of earth sciences, University of Roorkee, believes that the water column in the huge reservoir will cause a reservoir-induced seismicity phenomenon, i.e. micro-earthquakes of a tiny magnitude which may occur almost everyday in a year, nearly 200-500 times daily. If this happens the energy locked in for millions of years will be dissipated slowly, thus minimising the damage caused by massive earthquakes in one go, he says. Annabalagam further speculates that with the passage of time, the possibility of higher magnitude earthquakes in Tehri may be actually reduced to zero.

As may be expected, the dam’s constructors, consultants and government scientists are dismissive of any risk factor. What is surprising is that many of them are yet to study or even see the crack. “Geological Survey of India (GSI) has not studied the crack yet,” says S K Acharya, director general of GSI, Calcutta. However, he says GSI was represented in an expert committee that looked into the safety aspects of the dam. “In our study, we found the site safe,” says Acharya.

The Union power ministryappointed Group of Experts on Seismic Safety of Tehri Dam in its recent report has taken note of two main issues. Firstly, the dam would not suffer “significant damage” in the case of an earthquake of a high magnitude. Secondly, even in the case of an earthquake with maximum possible magnitude, there would be no catastrophe involving an “uncontrolled release of water”.

However, the expert group, led by noted seismic scientist Vinod Gaur, has recommended more advanced studies. It has suggested a three-dimensional analysis to understand the impact of the “maximum-magnitude” earthquake and a simulated dam break analysis to ensure that the consequences would be minimum.

Experts at Roorkee are at pains to explain the safety measures. The dam is located in a valley that is both narrow and curved. Furthermore, the weight of the water in the reservoir will necessarily be shared both by the dam and the adjoining mountain face, experts at the University of Roorkee point out. “This would considerably reduce the pressure of the water column on the dam structure,” says a professor of earthquake engineering.

Moreover, the dam design incorporates a central core of 80 per cent clay and 20 per cent boulders that strengthens the dam body and creates an impervious effect, according to the professor. A middle layer of sand and an outer layer of shell material, consisting of gravels and big boulders, are being used to construct the dam. This kind of a filter gradation or design, apart from preventing internal erosion of the dam, also minimises the effect of dam settlement.

Civil engineers at Roorkee say the dam’s 1.5-kilometre-long base and a 260.5-metre height along with extremely gentle upstream and downstream slopes greatly reduce the possibility of “dam resonance” (the dam’s vibration in tune with the frequency of the tremors). The peak ground acceleration for the dam — the acceleration generated in the ground particles in the case of a high magnitude earthquake — has been increased from 0.25 g to 0.5 g. This would enable the dam to withstand high magnitude earthquakes of 8 on the Richter scale, as predicted in the dam site, located at a zone of very high seismicity. The safety of the dam design has been further confirmed by highly technical tests, point out scientists from the department of earthquake engineering at Roorkee.

Skeptics, however, do not share the optimism of dam builders and consultants. Saklani questions the arguments of the THDC officials. “If the dam is safe, then why have they constructed a platform over the rocks?” he asks. A detailed study is required to understand implications of tectonic activities in the Tehri dam, Saklani says.