Islamic banking with a twist

A cooperative in Bihar offers interest-free loans, but only to its poor members

Islamic banking with a twist 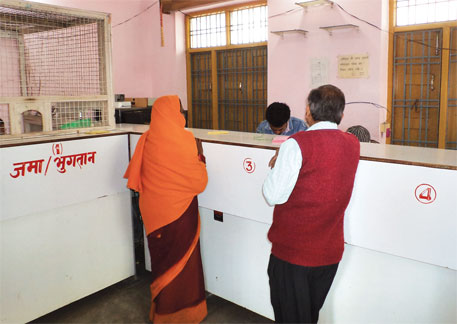 What have Nouriel Roubini, the American economist who predicted the financial crisis of 2008-09, and Ranjeet Kumar, a saloon owner in Patna, in common? They both have faith in the Islamic system of zero-interest banking.

During the Global Islamic Economy Summit in Dubai last month, Roubini said, “There is a need for a more resilient system, and that’s where there is potential for the Islamic system. It is less volatile and potentially more stable than conventional financial systems.”

Ranjeet, a migrant in the capital city of Bihar, had reposed his faith in this banking system in 2007. Unable to access a conventional bank, Ranjeet approached the Al-khair Co-operative Credit Society Ltd (Al-khair) in Patna for a demand loan (a small interest-free loan for emergencies). Al-khair is not a typical Islamic bank. It operates on the zero-interest principle with an Indian twist. It is a cooperative society owned by people like Ranjeet. That makes this experiment unique.

Islamic banking forbids taking interest on loans. As a result, an Islamic bank either follows a model of profit and loss sharing with the beneficiary or levies a service charge or buys the product for which the loan is applied for and sells it directly to the beneficiary.

Ranjeet looks happy and content inside his air-conditioned saloon on the outskirts of Patna. He never imagined such a twist in his life when he came to Patna in 2006 in search of livelihood after his father died. He has the responsibility of looking after his mother and sister in a village in Samastipur district. At first, he worked as a barber, which provided him a monthly salary of Rs 2,000. Desperate to arrange money for his sister’s marriage in 2007, he landed in Al-khair.

To borrow money from the cooperative, one has to be a shareholder. He bought the compulsory 10 shares, each costing Rs 10, to become a member. And he got a loan of Rs 5,000 that has to be returned in 10 months. “The bank is unique for two reasons: it is interest-free, thus reduces the burden, and is owned by people like me,” he says.

Naiyar Fatmi, 57, present managing director, says, “The present banking system can never cover poor and downtrodden. Our model targets this segment.” According to the latest financial inclusion report of the ministry of finance, more than 40 per cent of Indian households do not have access to banks. A recent study on India by the World Bank and the National Council of Applied Economic Research says about 70 per cent of rural poor households do not have a bank account and 87 per cent do not have access to credit from a formal institution or bank.

The idea of the cooperative was seeded some 15 years ago. In 1997, a few members of the Muslim community started a charitable trust. After five years, with the growing need of providing credit to the lowest strata of society, a separate financial institution was set up. Such is its popularity that in the last one decade, nine branches spanning across Bihar, Jharkhand and Uttar Pradesh have been opened. Currently, the model is being replicated in Kerala and Tamil Nadu. Sahulat Microfinance Society, a non-profit, has been helping in creating such models in other states. Shashi Bhushan, a Hyderabad-based development economist, who volunteered initial research for Al-khair, is conducting a study to analyse the financial viability of similar models in Maharashtra.

The organisation has evolved a multi-layer system of loans. At the core of the zero-interest system are demand loans or loans for emergency necessities. A member gets a maximum of Rs 20,000 as loan and the bank charges a one-time service fee of up to eight per cent.

There is another loan system for consumer goods. Under this, the institution buys goods in bulk and gives it to members with a one-time service fee. Due to bulk buying, the members get it at cheaper than market rate. There is another scheme known as co-financing. Under this, members get loans for initiating small businesses on a profit and loss sharing basis. The member takes away 70 per cent of the profit of the enterprise financed while the institution gets the rest 30 per cent. The same mechanism is applied in case of loss too. The co-financing fund is disbursed to multiple members in small amounts to lower the risk.

In 2010, the cooperative introduced the growth funds to bring profitability to the model. It is a kind of mutual fund where members deposit money for two years. This money is invested in the market to earn profit. The profit is further distributed as dividends to investors. In the last two years, the institution has given dividends, indicating the plan’s success. The dividends were Rs 84,000 and Rs 99,000 in 2012 and 2013 respectively.

While the primary role of the institution is to serve the marginalised population, it is slowly focussing on co-financing ventures and market-linked investments to improve its profitability.