It is a chain reaction

But nuclear power won't give up

It is a chain reaction 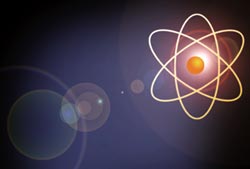 From the current three per cent share in the market to 25 per cent in 2050, the Indian nuclear power programme is attempting to leapfrog. This means it has to capture half-a-per cent of the energy market consistently for the next 26 years. "For India to become a developed country, India's energy demand would grow eight times and nuclear energy is going to be the most reliable source for it given the limitation of other sources," says R Chidambaram, principal scientific advisor to government of India.

The first challenge is making nuclear power competitive in the domestic market. The Indian energy market is being deregulated. India hopes to sell nuclear power, more as a compulsive option than a commercial energy choice. Given that our coal and gas resources would just be enough for the current century, India would be left with just nuclear and renewable sources of energy.

But in a competitive market scenario this may not help. Taking care of the Rs 10,00,000 crore the government has already spent since Independence on nuclear power infrastructure, the return of three per cent electricity is a massive waste of resources. The department of atomic energy hopes these massive investments would start giving return as cheaper electricity when they now compete with other sources.

According to a cost analysis of the Nuclear Power Corporation of India Ltd done on two 500 MW capacity nuclear and thermal plants which would be commercially viable in 2004-05, nuclear power has gained in cost competitiveness due to a massive government spending on infrastructure. The capital costs at the price level of 1997-98 shows that the nuclear plant would cost Rs 5.23 crore/MW, and Rs 3.75 crore for the thermal plant. While for the thermal plant the cost of ash disposal and abatement cost for greenhouse gas emissions have been excluded, in case of the nuclear plant waste have been excluded. This is a major capital expense the government has traded as reprocessed fuel for the next generation fast breeder reactors. In fact nuclear energy companies in France and UK are facing bankruptcy now due to massive financial commitments for waste disposal. Though they were collecting a cess for it, they didn't keep the money away.

In the final analysis the cost of generating electricity from nuclear power after the initial 4-5 years has been found to be cheaper than thermal power. But this analysis is based on government discounts to electricity generation: if the discount rate is high it favours low cost option like the thermal plant and when it is lower it favours the low fuel cost option like nuclear. But in a deregulated energy market, which India is very fast moving towards, it doesn't mean anything.

"We are already competitive and when the production reaches a certain level, the price would definitely come down. Also, in future nuclear energy would be getting benefits of carbon emission savings, thus making it further cheaper," says B R Grover, strategic planning head, BARC.

Rather than allow its compulsions to turn into an obsession, India needs to keep its energy options open. Nuclear energy isn't an imperative: so can India not get seduced by nuclear hardsell?