It's time India had a scientific ethics body

It's time India had a scientific ethics body 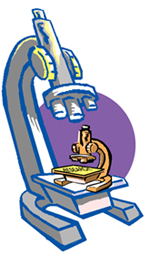 Need for an independent ethics body for India's science research has got stronger after a reputed science journal has recently withdrawn an Indian research study on cancer cells. On February 23, 2007, the Journal of Biological Chemistry called off a study by researchers from the Pune-based National Centre for Cell Sciences (nccs) on charges of data manipulation. The journal said a few results in the study by Gopal Kundu and team were digitally faked. The team had claimed the experiments were a repeat of another study they did in 2004.

India's scientific community stands split on the row.While the G Padmanabhan committee set up by nccs to investigate the matter has given the clean chit to the researchers, ngos like the Society for Scientific Values (ssv) say the issue is a blot on the scientific community; hence demands a serious debate on the authenticity and ethics of scientific research experiments in India. The matter was first reported by a former nccs student and an internal inquiry was ordered by the centre which held Kundu and his team guilty. According to ssv, Kundu had even confessed to the error before the internal panel. But Padmanabhan and a few other senior scientists gave Kundu the clean chit. "After examining the original experiments, we found no manipulations," the committee said.

In August 2006, S C Modak, formerly with the University of Pune, took the issue to ssv. He asked it to look into the matter. ssv's investigation has found data in the two papers were manipulated. "In research, some unforeseen errors may creep in. We found exact repetition of errors in two sets of experiments and same pixel densities in the digitalised images," says an ssv official. "The researchers wanted to show they detected various proteins in cancer cells by matching them with antibodies. For this, they took pictures of the same experiment in different intensities of light and showed them as of separate experiments. They turned the pictures by 180 and showed them too as different experiments," says Modak.
Many scientists say the issue raises questions over the effectiveness of expert review and authentication of scientific research. Numerous journals publish scientific research today and the sheer number makes tracking error and fraud a tough task. According to Ulrich's periodical directory--a prominent periodicals reference source--over 54,000 journals publish research papers today.

"Expert reviews have become a farce. Scientists in the review committees are seniors and they may not have the time to repeat all the tests mentioned in the papers. Also, there is no system to check the authenticity of replication--repetition of an experiment inorderto test the validity of its conclusion--of the experiments," says a young Indian scientist. "Moreover, scientists do not reject papers which are associated with researchers of repute for fear of a backlash," he adds.

Modak says such practices of scientific corruption are committed by people who want to get into review committees. According to him, such instances are found across the globe (see box Fraud worldwide)


ssv says the incident questions the method of research publication and the accountability of journals "The journal did not mention on what basis it withdrew the paper, as was done earlier, creating confusion." Modak says many journals do not have the latest technology to detect fabrications like digital modification of pictures. "It is not mandatory for review committees to repeat the experiments. They look at trends. So a trend can be deftly falsified by a researcher. If it is a new area, the falsification may go undetected till the experiment is repeated by another researcher who wants to develop further on the findings," he adds.

Padmanabhan, however, says such activities are nominal in India. "Frauds do happen but it is a negligible percentage and it is pressure of competition that drives them," he says, maintaining that the career of young scientists should not to be jeopardised due to this. "The current process of review works well. Only experts are chosen as reviewers. They know the trends. Besides, Indian science has a strong value system," says Gautam Sengupta of iit Kanpur.

Many say the government has not taken the matter seriously. Though, the department of biotechnology has asked the Padmanabhan committee to reinvestigate the matter, its new report also echoes the previous stand.