On February 24, Centre for Science and Environment raised the curtains for the Anil Agarwal Dialogues on green clearances. The two-day conclave offered a platform to the civil society and government officials to discuss environmental and forest clearances, their processes, shortcomings and agendas. Some of the voices at the discussion:

‘It needs to be democratised’

The process of forest clearance needs to be democratised. At present, it involves no public hearing, no environmental impact assessment and no accountability. A handful of people have the power of giving clearances to projects. They overlook the people who live in the forest and use its resources.

The Forest Rights Act, for the first time, has brought people into the picture. It makes it illegal to evict people from forestland till their rights are settled and consent is taken. But the law is being violated left, left and centre.

Public hearings are a formality where voices of the affected are ignored. Killing and hurting people is widespread. Goons beat up protesters in front of police officials. In an Odisha village, three public hearings were held for the same sponge iron plant.

About 10,000 people resisted the project, but it was given a go-ahead. People are still waiting for their resettlement and rehabilitation package. Development strategy needs to be changed. A village should be developed only if its residents want it. 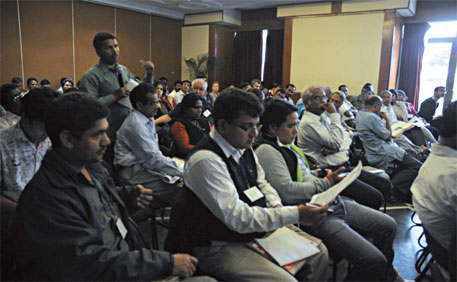 The biggest issue is not the environment clearance but what happens after it? There is no compliance of the environment management plans or the conditions imposed while granting the nod. Even if proof of non-compliance is given, the ministry says it does not have the manpower to verify the evidence.

In such a situation, every project should have a monitoring committee in which half of the members are from the project area. They should go to the site, collect information and suggest corrective measures. In case of hydro-projects, besides cumulative impact assessment, basin impact assessment studies should also be conducted.

‘They brand us Maoists’

Government is planning to build about 800 dams on the Brahmaputra and its tributaries. There has been no cumulative downstream impact assessment of these dams. Since 2000, people of Assam and Arunachal Pradesh have been protesting these dams but the Centre has paid no heed. There have been no studies on social and livelihood impacts.

We will not allow any work on the dams till cumulative impact study is done. The government is using force against us and branding us Maoists. A study on the ecology of the north-eastern region should be conducted; it is in one of the world’s most seismic zones.

Goa is 888 times smaller than the country, yet it contributes 50 per cent of the total iron ore production. It is two-and-a-half times less in area than Bellary district in Karnataka. Mining in Bellary has stopped but Goa still has 105 mines destroying it.

In Goa, there are 11 major rivers, mainly emerging from the Western Ghats, and 42 perennial fresh water tributaries. But mining is destroying the whole ecosystem. 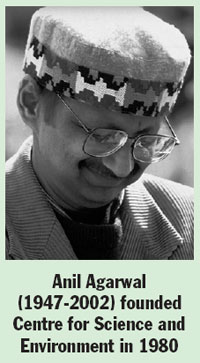 From mid-1990s we started having a new kind of invasion of the coasts. The principle of the CRZ notification says that no activity should be allowed within 500 metres of high tide line. But the notification has been continuously diluted with amendments.

Projects like airfields, which do not necessarily need coasts, are being excluded. The fishing communities protested this and an improved notification was issued last year. It recognises the rights of the fishing communities but is still flawed. Projects on the coasts are still being seen as standalone projects.