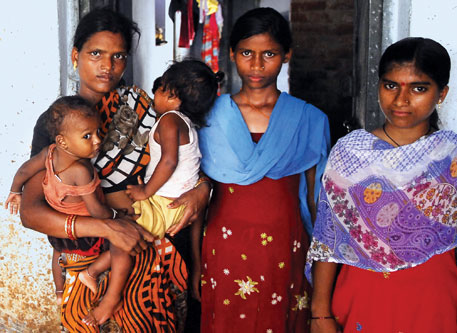 In the sleepy hamlet of Tekna Farm in Bodh Gaya, Akash Kumar, 15, is known as a rebel. He took on his parents to stop the marriage of his 13-year-old cousin. Amid the sense of achievement, Kumar reels under pangs of regrets. “My own sister was married at the age of 15. She gave birth to a girl in the first year of her marriage and became pregnant the next year,” he says. She is now anaemic and cannot do household chores, he adds.

With the highest fertility rate of 3.7 in the country, Bihar is facing challenges like early childbearing which results in high infant mortality rate. Of every 1,000 live births, 55 infants die in Bihar; the national average is 47. This is despite the efforts of Accredited Social Health Activists (ASHAs), who visit villages to spread awareness of family planning and sexual health.

The moment of awakening for Kumar came during a training programme by an international NGO on reproductive health and family planning. In 2001, Pathfinder initiated a project in Bihar on changing the reproductive behaviour of 650,000 people. Under the first (2001-04) and second phases (2005-08) of project PRACHAR (Promoting Change in Reproductive Behavior in Bihar), 30 local NGOs were trained to develop programmes to educate the youth in five districts, including Nalanda, Nawada, Patna, Gaya and Sheikhpura. Street plays and adolescent training programmes were held to increase mass appeal. During the wedding season, NGOs would visit couples before and after marriage to educate them on contraceptive use and spacing between children.

In rural areas, there are many factors for early child birth, including family pressure and lack of communication on contraceptive use, says project leader Binod Bihari Singh. Government schools are embarrassed to take classes on subjects like reproductive health. Besides, only 56 per cent girls in Bihar attend school, says Nilesh Deshpande, state programme coordinator, United Nations Population Fund, one of the project funders. The only intervention that is likely to work is awareness, he adds.

Pathfinder puts down the success of PRACHAR on inclusion of men. “Majority of training sessions on maternal health only train women. We have included men to create consensus on family planning,” says Singh.

The project, currently in its third phase, is testing a government-NGO partnership model by roping in ASHA volunteers in Bodh Gaya. The state government is happy with the efforts of Pathfinder but stresses the need to reach out to more people. “The NGO took nine years to achieve this feat. A shorter and effective programme is the need of the day,” says Sanjay Kumar, executive officer of State Health Society, Bihar.