What can we do to save the birds and ourselves from the chemical menace? 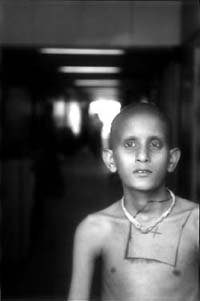 When noted British author Aldous Huxley finished reading Silent Spring , he was distraught. "We are losing half the subject matter of poetry," he remarked. He was not quite right. The chemicals have found their way up the food chain and after the birds, humans could be next. Huxley might well have added that not only is the subject matter of poetry being lost but there is a good chance of losing the poets as well. The pesticide threat is very real, and any delay in tackling it could prove to be a very expensive mistake.

The us, one of the first countries to suffer pesticide-related avian deaths, was also one of the pioneers in spearheading a legal fight against pesticides. The first signs that the chemicals were not being entirely benign in their effects came soon after the us Green Revolution. Research indicated that despite all the hype, high-input agriculture, based on the application of these chemicals, was in no way an improvement over traditional low-input agriculture. Silent Spring's poetic language and the touching tales of bird deaths and environmental degradation led to the birth of environmental activism in the country. Since then, public and government awareness has increased, and the us has taken several steps in curbing the use of pesticides.

The us Federal Insecticide, Fungicide and Rodenticide Act ( fifra ) is a sign of hope. fifra ensures that all pesticides carry extensive instructions as well as cautionary advises to prevent deaths of unintended targets. But apart from this act , the us has taken several other steps to curb decline in avian population. The country has adopted legal measures to prevent habitat destruction and use of potentially harmful pesticides. Methods suggested by conservationists include raising public awareness about the beneficial activities of birds and the need to protect them. Ecological studies, a must before other steps can be adopted, are not so rare in the us . Consequently, the country is well prepared to fight the threats to avian population.


Acts like fifra seem to be a distant dream in India and other Asian countries where the basic prerequisites -- extensive studies -- are conspicuous by their absence. Right now, India lacks information required to take any step to curb pesticide poisoning not only in birds and animals but in humans as well. Studies like the one conducted by the icmr are extremely rare. More studies, agrees Rahmani and other experts, should be encouraged. Though time-consuming, only these can pave a way for legal action, bans and our own equivalent of the us 's fifra .

As far as government policies to curb the pesticide menace are concerned, India, continues to turn a blind eye. Banned pesticides, as Archiebald and Vijayan point out, are often used with impunity and ignorance by the farming community, resulting in frequent bird deaths. Lack of research and public interest limits the number of such reports and subsequent investigations. The government, say environmentalists, should recognise the toxic pesticides and not only ban them but launch campaigns to illuminate the farmers of the dangers of pesticides. Pesticides should not be included in health programmes, as they have been in the past. Further, the government should meticulously regulate the pesticide industries.

By 1996, India's pesticide industry had an installed capacity of 1,16,000 tonnes per annum of which about 70,000 tonnes was in the organised sector. The rest, comprising 500-odd units, belong to the small-scale sector. It is doubtful if the government actually has any appreciable control over these smaller manufacturers. With liberalisation, restrictions on pesticide manufacturers were lifted, and now, no license is required to manufacture most toxic pesticides except aluminium phosphide, dimethoste, quinalphos, carbyl, phorate and fenitrothion. And though government data show a decline in pesticide consumption, production has risen significantly (see graph: Growing menace ).

By 2000, says a Planning Commission study, India's pesticide consumption would be some 1,18,000 tonnes. What the study leaves out is the fact that if pesticides are used indiscriminately, numerous bird and animal species stand a good chance of being wiped out forever. "Ignorance is bliss for the politician and the bureaucrat. Apart from the influence of industrial lobbies which may operate underhand, India's overt governance systems themselves are incompetent," says a leading environmentalist. This manifests itself best in the fact that there are very few studies on pesticides and their impacts on humans and wildlife.

But in India, pesticides may not be the only threats to vultures. Recent newspaper reports have revealed how quacks in northern parts of the country were using vulture remains as 'medicines'. Villagers were being offered up to Rs 3,000 -- a significant amount by Indian standards -- for vulture bodies. This led to massive vulture-hunting sprees and consequential, the birds suffered tragic population declines in these regions. Not only the government needs to be educated about the importance and value of preserving these birds but the people as well. Non-governmental organisations should take up these issues at grassroots level, telling villagers and farmers why we need to protect the birds. Environmental education, almost non-existent in schools in the rural parts of the country, could also go a long way towards developing a nation of well-informed, environmentally conscious citizens. There is no quick way out of this mess. Studies, well-planned policies and firm control and regular monitoring of the pesticide industry seem to be the only answers in sight. The canary once saved the lives of thousands of farmers. We should do the same for these winged friends, if not in gratitude then at least because they are truly wonderful creatures. But till the government and the people do not wake up, every can of pesticide sprayed on the fields will take India a step closer to its own silent spring.