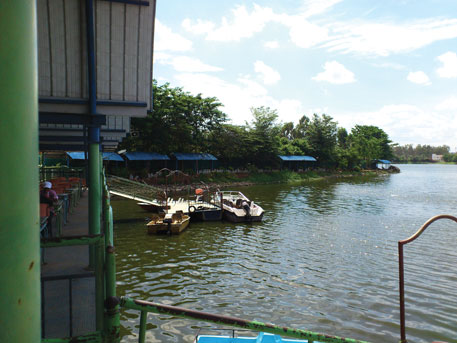 Bengaluru, once a city of over 2,500 lakes, has lost most of them to encroachment and construction activity. The Karnataka High Court is now likely to compound the problem with an imminent judgement on lakefront development. In a verbal, yet-to-be-finalised order issued in April, the court upheld four agreements allowing private companies to rent lakefront land for conservation and recreational purposes and charge entry fees for recovering costs. The order has, however, banned any further construction on lakefronts. According to the agreements, land around Hebbal, Nagawara, Vengaiahkere and Agara lakes was leased out to the developers for 15 years by the Lake Development Authority (LDA).

Set up in 2002, LDA started experimenting with private sector participation for lake conservation in 2004 by leasing out the Nagawara lakefront to a private developer. Two years later, Hebbal lake was also leased out for a monthly rent of Rs 8 lakh. The idea was to allow developers to finance the rehabilitation of the lakes, create recreational spaces and charge an entry fee to recover costs. The authority planned to use the rental revenues to curb pollution in the lakes.

But in 2008, Environment Support Group (ESG), a Bengaluru-based non-profit, filed a public interest petition seeking effective administration of these lakes in accordance with the public trust doctrine. The doctrine states that the government must maintain certain resources for public use and protect free right of access. It is this petition that prompted the ban on further construction. The court has allowed the developers to charge entry fees, though. “The lease agreements were already in existence, so, in exception to the general rule, developers have been allowed to control access to lakes,” says Sunil Dutt, lawyer for ESG.

The petitioners feel the current entry fee of Rs 10-Rs 30 per person bars traditional users, like farmers, fishers, cattle herders and washerfolk, from accessing the lake. But the developers contend that the money can be used to beautify the lakes. Unfortunately, there is no existing policy, and whether there should be an entry fee or not cannot be mandated by the Centre, says Sushil Kumar Srivastava, deputy director, Union Ministry of Environment and Forests. “Even for projects under the national lake conservation plan, making funds available for maintenance is the state’s headache,” says Srivastava.

The developers hope the final judgement will allow them to go ahead with some, if not all, of their planned work. The court, however, has reiterated an earlier government order to maintain a no-construction, 30-metre buffer zone around the lake spread. “The order is unlikely to be retrospective, so none of the existing construction will have to be dismantled,” says Dutt. It remains to be seen, therefore, how the lease will co-exist with the buffer zone mandate. The petitioners are prepared to file a special leave petition in the apex court if the judgement goes against them.

But the question of how to fund the maintenance of the lakes remains. Manish Michael, general manager of United Way Bengaluru, a non-profit that signed a memorandum of understanding with the municipal corporation last year to help rejuvenate 11 lakes, says corporate social responsibility may be the answer. “We have mobilised an active group for two lakes in the past year by raising adequate funds from corporates,” says Michael. “In future, a tripartite agreement must be signed between private companies, city agency and local communities whereby access and buffer zones are maintained,” he adds.

LDA now plans to reverse its policy of renting out lakefronts. The authority has drafted the Lake Development Authority Bill with the hope of bringing more lakes under its ambit and more funds and human resource at its command. The state government is awaiting the final judgement by the court before approving the draft Bill. “Once the lease terms are over, we do not intend to give lakes to private companies, but develop them ourselves,” says Rama Acharya, public information officer, LDA.

During the proceedings of the case, it was established that up to 100 lakes in the city exist only on paper because they have been filled to build urban structures like bus stations, roads or garbage dumps.