Despite bureaucratic hurdles, a non-governmental organisation hope to bring to book an erring paper mill in Punjab 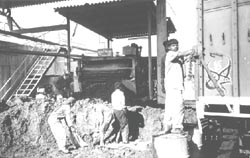 The days when companies belonging to major industrial houses could pollute with impunity and get away scot-free are over. Social activism in India has taken giants steps to forever destroy the immunity money and power granted despicable owners of such companies. Production processes used to be unsustainable and by-products contaminated and destroyed the natural resources of the land.

Today, we have a number of institutions, unhindered by bureaucratic redtape and hidebound officials, assisting in the process of bringing to book erring industries. In the process, they are making the country a better place to live.

The case of Shreyans Paper Mills, in Punjab’s Sangrur district is a perfect example of how non-governmental organisations ( ngo ) are working with institutions like the National Human Rights Commission ( NHRC ) to take decisions — in the process redressing public grievances effectively

Five years after an application was filed before the NHRC , it will give a decision that is likely to reveal the gross neglect, apathy and corrupt practises that exist in every government department and how no effort was spared to shield the guilty, thereby allowing it to continue operations.

The commission will take a decision on a water-polluting industry based on the report of an independent investigation conducted by the Centre for Science and Environment ( CSE ), a New Delhi-based ngo . The commission, which had requested the investigation, was sent the findings in April this year. The decision is expected to be a landmark one as it is one of the very few cases in which an ngo ’s help has been sought by the NHRC .

The origin of the case goes back to 1982 when the unit ran into trouble over the discharge of its effluents into the Sirhand canal along which thousands of people and their livestock subsist. For the next eight years, it was a string of broken promises, repeated violations of pollution rules followed by prosecutions and legal battles. At the same time, the mill not only failed to keep its commitment to treat its effluents, it also enhanced its manufacturing capacity from 30 to 42 tonnes per day without obtaining a no-objection certificate from the Punjab Pollution Control Board ( PPCB) as per the provisions of the Water Act 1974 and Air Act 1981. The higher production level led to increased discharge into the canal by almost 2,000 cubic metre/day, which according to Chandra Bhushan, coordinator of CSE ’s Green Rating Project, is a underestimation.

In 1990, based on an analysis of the mill’s treated effluents, which revealed that the biological oxygen demand was beyond the limits prescribed by the pollution control board, the PPCB issued a notice to the secretary, government of Punjab, science, technology and environment ( SSTE ), to issue directions on the performance of the mill. In July, after providing the unit an opportunity to give its side of the story and considering other government reports, the SSTE issued directions for the mill ’ s closure under section 5 of the Environment Protection Authority ( epa) 1986. But the mill was able to get a stay from the Punjab and Haryana High Court, Chandigarh on the order. It took almost a year (in September 1991) for the High Court to dismiss the mill’s petition, since the court did not find any uniformity in the orders passed by the SSTE for the closure of the mill.

Having seen its plans to sidestep the SSTE order falling through, the industry approached the government and got tremendous support from it. The power connections were restored by a government order in March 1992 and with a similar order had it extended till April 1994. All along, the mill kept assuring the government that it will meet the prescribed norms.

However, it once again failed to meet the standards of the pcb and the state government vacated the stay in October 1994 and ordered the closure/ disconnection of power to the erring unit.

In December, the chief engineer, canals, department of irrigation, was also instructed to disconnect the discharge point of the industry and not permit any discharge into the canal. But the irrigation department ignored the instructions and so did the electricity department and the power supply was restored on the instructions of the political secretary to then chief minister of Punjab Beant Singh.

Soon it was the old story again. Power disconnection, restoration and promises which were broken soon after. In May 1995, during a personal hearing before the SSTE , the unit gave an assurance it would install and commission a chemical recovery plant by January 31, 1996.

This matter was also discussed in the state assembly on March 15, 1996. The state finance minister who was replying on behalf of the chief minister made a statement in the House that if the mill does not install its chemical recovery plant by the end of April 30, 1996, the mill was to be closed.

Unfortunately, at the last hearing in June 1996, the same government decided not to confirm the SSTE ’s 1990 order for the closure of the industry. Meanwhile, a petition was filed by Ved Prakash Gupta, general secretary, People’s Union for Civil Liberties, with the NHRC on the goings-on of the last 15 years and pollution caused by the mill.

After deliberating on the issue and the nature of involvements of various parties, NHRC decided to give CSE the task of investigating the actual problems concerning the mills. CSE sent one of its reporters to the mill premises and based on his primary report and the analysis of data collected from the production process and raw material consumption, among other things, it made the following observations to NHRC:

- Considering that Shreyans Paper Mills uses around five to six different raw materials, and about 125 kg of elemental chlorine to make one metric tonne of paper, its environmental performance is not likely to be very sound, even if the mill runs all the conventional pollution control equipment, which it has installed.

- Though the company has installed a soda recovery plant for retrieving caustic soda from black liquor, its operational efficiency is not likely to be very high. This conclusion was arrived at after calculations were made based on figures from the company’s annual reports of the preceding three years. If Shreyans’ soda recovery plant had been functioning normally its per unit soda consumption should not have exceeded 50 kg per tonne of paper produced instead of 250 kg per tonne.

- The working of the pollution control board is not at all satisfactory. During his conversation with CSE ’s reporter, the PPCB chairman admitted that it is not economically sustainable to run the soda recovery plant as the cost of caustic soda had dropped drastically - thus acknowledging that spm is not operating its soda recovery plant. To the query by CSE ’s representative on what he intends to do about it, the chairperson had no answer.

- Currently, it seems that the company is not meeting the pollution norms as prescribed by the PPCB . In December 1999, the PPCB study showed that the effluents released in the drain had pH value of 7.2, chemical oxygen demand of 616 microgrammes per litre (mg/l) [standard 250 mg/l], biological oxygen demand of 38 mg/l [standard 30 mg/l], total dissolved solids of 1,920 mg/l [standard 2,100], and total suspended solids 64 [normal 100]. The PPCB c hairman said that the company is, however, complying with air emission norms.

- The company is also not following the environmental clearance letter no CSA /744 dated May 4, 1999, which has been issued by the competent state authority. The letter says: “The industry shall use its entire treated trade effluent for irrigation purposes and no discharge shall be allowed into inland surface water drain. If the industry proposes to discharge treated trade effluents into the drain, it shall obtain prior permission of the PPCB and shall upgrade its existing effluent treatment plant so as to achieve the standards prescribed by the Board for such discharges into drain.”

- Shreyans has reduced its pollution levels to some extent in the past three years. The company has stopped dumping effluents in the Bhatinda canal.

- The company has constructed a 16-km-long channel ( pucca nala ), just across the ‘Bhatinda canal’ which carries the effluents to a Tallewal drain. The company has been granted permission by the irrigation department vide letter No 14/ 1/87-ipw (6)/22383 dated 28/9/95 to discharge its treated trade effluent meeting with the prescribed standards, in Tallewal drain.

- In 1996, the company installed and commissioned a chemical recovery plant costing Rs 12 crore, for treatment of black liquor which was a major pollutant and a cause of concern. The major problem of water pollution has been contained by this plant. According to the PPCB chairperson, today, it is not economically sustainable to run the plant as the cost of caustic soda has dropped drastically.

Reported by Manish Tiwari in Sangrur