Environmental contamination and extreme weather events are responsible for most die-offs among animals, a new study suggests 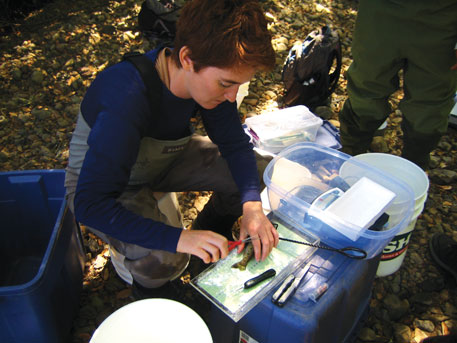 On The first day of the new year, fisherfolk venturing out to sea in Chennai to make their daily catch were in for a surprise. They saw thousands of dead fish floating along the coast in Besant Nagar. The reason for the fishes’ death remains unclear. On January 10, around 45 birds were found dead in the Sultanpur National Park near Delhi. The cause of the deaths is assumed to be pesticide-laced crops or bird flu, but the picture is not fully clear.

Such incidents are reported worldwide every now and then. While they do not lead to extinction, they often kill more than 90 per cent of a population. Scientists say that while diseases, changing climate and environmental pollution could be responsible for such die-offs, there is very little research done on this.

Recently, biologists in the US have studied 727 die-offs, involving 2,407 species, in the past 70 years. Most of the incidents they studied were reported from the developed world and were published in scientific literature. The scientists analysed the reports and found that the magnitude of die-offs has increased in birds, fishes and marine invertebrates, is stable among mammals, and has decreased in reptiles and amphibians.

Diseases accounted for 26.3 per cent of these die-offs, human activity leading to environmental contamination constituted 19.3 per cent, biotoxicity or toxins produced by organisms present in water caused 15.6 per cent deaths and processes directly influenced by climate (weather, thermal stress, oxygen stress, starvation) caused 24.7 per cent deaths . The number of deaths was more when multiple causes were at play.

Diseases and bio-toxicity have always been linked with fish death but the researchers found that these factors are now increasingly affecting birds too. While fishes and birds have shown sustained mass mortality events caused by human interference, its role in mammalian deaths have only been seen in the last three decades. The study was published in Proceedings of the National Academy of Sciences on January 12.

“This is the first attempt to quantify patterns in the frequency, magnitude and cause of such mass death events,” says the study’s senior author Stephanie Carlson, associate professor at the University of California, Berkeley.

“Improved monitoring will help indicate which animal populations are most vulnerable to environmental perturbations,” says Samuel Fey, a post-doctoral fellow in the Department of Ecology and Evolutionary Biology at Yale and the paper’s co-author. Identifying patterns in the causes of mass mortality events will help understand what the largest underlying causes of mass die-offs are, he adds. “These data also show that we have a lot of room to improve how we document these types of rare events,” says Fey. The team says that in addition to monitoring changes in temperature and precipitation patterns, it is important to document biological response to regional and global environmental change. They say there is a need to improve documentation of such events in the future and citizens could play an important role in the process.