Nets but no strings

Nets but no strings 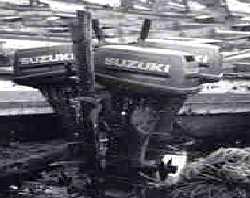 inspired by the success of informal banking schemes in rural Bangladesh, Kerala's department of fisheries initiated similar programmes of assistance, three years back. These schemes, which can be accessed only by fisherwomen, are primarily meant to assist them financially.

The main state-level body heading the schemes is the Vanitha Fisheries Apex Bank ( vfab ) which has the director of fisheries as its chairperson and the joint director of fisheries for the south zone as its managing director. A number of district level Vanitha Fisheries Banks ( vfb s) shall function as units under the vfab . The vfab , registered in 1994, functions as a nodal agency that channels funds obtained from various development agencies including the Smallscale Industries Development Bank of India ( sidbi ), as well as other banks. It also functions as a think-tank for the fisherfolk of the state, as it is involved in the formulation of useful schemes and comes up with new ideas to help the community out.

In the period 1993-94, two district units started functioning. These units, which were located at Poonthura in Thiruvananthapuram and at Neendakara in Kollam, were registered as units under the Charitable Societies Act. During the following year, four more district units at Mohamma in Allapuzha, Chettuva in Thrissur, Vaikkom in Kottayam and Kuriyappa in Kozhikode, started functioning. The remaining districts of the state shall have their vfb units operating during the coming year.

It is estimated that about 50,000 women in the state are engaged in fisheries and related activities like the processing and marketing of fish. These fisherwomen -- more specifically the retailers among them -- are faced with a number of constraints. Under normal circumstances, they are not allowed to depend on the public transport system to reach distant locations to sell their catch. Also, the fisherwomen of coastal Kerala have been regularly exploited by moneylenders and middlemen. "Our first objective was to rescue fisherwomen from the clutches of these moneylenders," says Sreedevi, secretary of the vfb at Poonthura. "Now, there are 576 fisherwomen who are members of the vfb in Thiruvananthapuram district alone," she informs.

Any woman who belongs to a fishing family can become a member of a vfb by paying Rs 100 as a membership fee and Rs 10 as service charge. Initially, the member is given a loan of Rs 500 and is charged an annual interest of five per cent. The interest is to be paid back within five months. And after payment of the interest, one could avail of a loan of Rs 1,000. The above procedure could be repeated for as many times as the fisherwoman needs to borrow. Nirmala, a 50-year-old retail fish vendor from Poonthura recalls, "I used to borrow money at very high rates of interest from moneylenders to meet my business needs before I became a member of the Vanitha Bank." But now, not only are her woes behind her, but she can even boast of a small saving in the Poonthura vfb . "The lack of money for smallscale businesses being a basic problem, this monetary assistance scheme is most popular among the fisherwomen," says Sreedevi.

"I am the 223rd member of the Poonthura Vanitha Bank," declared Devanesia, as she showed the passbook issued to her by the vfb . The passbook revealed that she had already borrowed as many as five times from the vfb . "The bank does not demand the fulfilment of any kind of formalities," said Martha, a fisherwoman with a savings account containing Rs 5,000 with the vfb . Generally, the 'form-filling' formalities insisted upon by banks makes approaching them for loans a nightmarish experience. "But the vfb is an exception as far as formalities are concerned," reiterates Martha.

"We have identified a dozen welfare schemes to uplift the living standards of fisherwomen," informs C Radhakrishnan, joint director of fisheries for the south zone. "Apart from the financial assistance scheme, some of these are already operational." One of the schemes promoted by the bank helped a group of 10 fisherwomen from Poonthura purchase a pick-up van that would enable them to collectively transport their catch to the market. With assistance from sidbi, the vfb had given a loan of Rs 3.5 lakh at an interest rate of 12 per cent for the purpose. In Neendakara, groups of women have already started operating auto-carriers with encouragement from the vfb. Two retail outlets are being run by women at Neendakara and Sakthikulangara for which the vfab rendered assistance worth Rs 3 lakh. These women have also been able to access two out-board machine ( obm) units (an obm -fitted canoe and net) at a cost of Rs 1.25 lakh each. While the men belonging to these fishing communities take care of the actual operation of the boats, others have been hired by the women to run the auto-carriers. Therefore, although the schemes are strictly available to women only, they are benefiting others too, albeit indirectly.

According to Radhakrishnan, "Till June, 1995, a total amount of Rs 26.85 lakh had been distributed in the form of loans to 1,071 beneficiaries." Apart from this, the establishment of tailoring units, obm workshops, pickle-making units, public telephone booths, photocopying units and units manufacturing fibre glass reinforced plastic -- which could be run by the women as well as by their family members -- are on the bank's agenda. "On the whole, one gains the impression that the women are keen to repay the loans taken from the vfb s," maintains Radhakrishnan.

In addition, another scheme under consideration is the distribution of light-weight insulated containers designed by the Kochi-based Central Institute of Fisheries Technology. The containers, fitted with refrigeration facilities, are meant to prevent fish from going bad. If fisherwomen were to use these containers to transport their wares, they would face less resistance from the public transport authorities.

"In the beginning, we did not expect the scheme to work well among the fisherwomen. But it has ultimately proved helpful in minimising the plight of the fisherwomen and thereby the fishing community as a whole," concedes Jayan, a social worker belonging to the community.