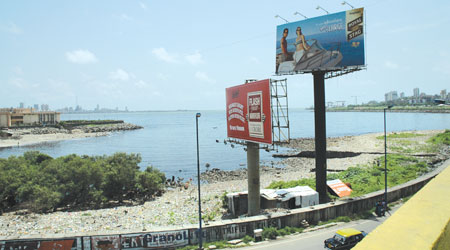 The Union environment ministry has notified the new Coastal Regulation Zone (CRZ) regime, replacing the CRZ notification of 1991. The notification, which has come after years of heated debate and controversy pleases no group entirely—the developers see it as a further restriction of building and industrial activities along the coast, while fishers’ organisations complain it gives in to builders and does not protect their interests sufficiently.

According to the ministry, CRZ 2011 will conserve coastal areas and promote development based on scientific principles while ensuring livelihood security of coastal communities. To this end, CRZ rules, as before, will be applicable up to 500 metres (m) on the landward side of the high tide line and up to 100 m from high tide line along water bodies like estuaries that are influenced by tides. The crucial addition is that this notification includes, for the first time, a regulation for the seaward side as well.

According to the notification, the water and bed area between the low tide line to the territorial water limit of 12 nautical miles will be included for purposes of regulation. The new notification has classified coastal areas into four categories— CRZ I-IV. While the first three zones are similar to the earlier classification, CRZ IV comprises territorial waters. In the previous regime, CRZ IV referred to islands. Now there is a different notification, which covers the two island groups, Andaman and Nicobar and Lakshadweep (see ‘CRZ categories’). CRZ II still refers to already developed coastal urban areas and CRZ III includes relatively undisturbed rural areas.

Coastal regulations have undergone several changes over the past, starting with the 1991 notification. CRZ 1991 was amended 25 times to relax norms for industries. In 2006, the environment ministry tried to bring in a new legislative framework for the coasts called the Coastal Management Zone (CMZ).

When environmentalists opposed it saying CMZ had a pro-industry-builders bias, the ministry backtracked. A committee was set up under scientist M S Swaminathan, to examine the comments received on the draft proposal. The panel recommended that the ministry should let the proposed CMZ lapse, and instead, incorporate amendments into the existing CRZ notification (see Fishers at bay’, Down To Earth, December 31, 2008).

During this period, environment minister Jairam Ramesh decided to consult coastal communities. During country- wide consultations, fishers and environmentalists demanded that CRZ 1991 be implemented without the amendments. They also pushed for recognition of the customary rights of fishers.

When the ministry put out its predraft CRZ 2010 notification in February, there was a consensus that these concerns had not been addressed. In the meantime, the ministry also began implementing the Integrated CZM project funded by the World Bank. This was to provide seawalls and shelterbelt plantation along coasts in the wake of the 2004 tsunami and to map hazard lines along the coast because of growing vulnerability to climate change. In this period, coastal regulations, too, became contentious because of growing conflicts between the fishers and those who wanted to develop hotels and projects near the coast. Balancing these interests has been a tough call.

Coastal rules regulate building activity in CRZ III—area up to 200 m from the high tide line—strictly by calling it a nodevelopment zone. This has caused problems for the fisher families in the past because they found their activities and even house renovation was restricted. The new notification seeks to change this. It allows construction and reconstruction of dwelling units of traditional coastal communities including fisherfolk.

As against the previous notification, where there was a cap on the floor space index (FSI)—restricted to ground plus two floors, subject to 9 metres height—the new notification does not specify any restriction. It leaves the development to be done in accordance with a comprehensive plan, which will be prepared by the state governments in consultation with the fishers. CRZ 2011 also includes in the list of permitted activities, facilities required for fishers’ livelihoods—from fish drying to traditional boat building yards. These were not included in the 1991 notification. The Swaminathan committee had described this as a “serious anomaly impinging on the lives of fishers”.

Fisher organisations, however, believe the amendments could adversely impact their lives. Matanhy Saldanha, chairperson of the National Fishworkers’ Forum, in a letter to Jairam Ramesh said that the inclusion of the phrase, “other coastal communities” could well open the flood gates for development in this no-development zone and “have serious implications for the coasts and fishing communities”.

CRZ 2011 identifies areas, which it says, call for special consideration—CRZ areas within municipal limits of Greater Mumbai, Kerala and Goa. In each of these regions, the notification lays down what is permitted.