No to natural sweetener

No to natural sweetener 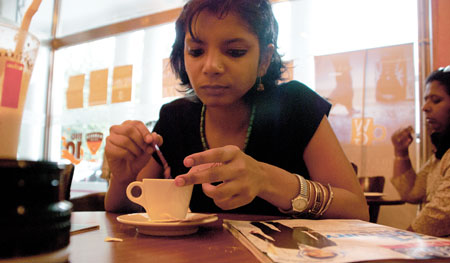 It is a natural sweetener and calorie free. But soft drinks makers don’t use it in beverages. The reason is the Food Safety and Standards Authority of India (FSSAI) is focussed on artificial sweeteners and does not recognise other sugar substitutes.

The authority’s predilection for artificial sweeteners has left a sour taste in the mouths of those pushing for stevia as an additive in soft drinks and processed food. Stevia shrub (Stevia rebaudiana), a member of the sunflower family native to Paraguay, contains stevioside, which is 300 times sweeter than sugar.

Saurabh Agrawal, head of the India Stevia Association, said he fails to understand why “the government is not approving stevioside, which is natural and safe, and allowing artificial sweeteners despite insufficient data to prove them safe”. He said he has approached the FSSAI many times since 2004. The authority, in May 2009, rejected the request for approving stevioside. It later said a committee would look into the matter.

FSSAI officials offered a facile explanation for not permitting stevioside. “There is no mention of herbal sweeteners in the Prevention of Food Adulteration Act of 1954,” said Dhir Singh, assistant director general of FSSAI. Artificial sweeteners are notified in the act, he said. The authority notified a blend of acesulfame potassium and sucralose in soft drinks in August. 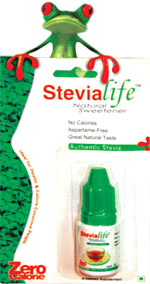 Unlike FSSAI, other depart ments are interested in using stevia’s potential. The National Medicinal Plant Board (NMPB) gives 20 per cent subsidy to farmers who cultivate it. Stevia can be harvested three to four times a year, said Bala Prasad, CEO of NMPB.

Farmers can earn Rs 70-Rs 120 per kg of stevia leaves and it is exported at Rs 200- Rs 250 a kg. Stevia is cultivated in over 1,800 hectares (ha) in different states under NMPB schemes. Prasad has constituted a committee of experts to take up stevia’s cause with FSSAI.

At present, stevia accounts for just one per cent of the global sugar-substitute market, though its value in the US market is expected to grow to $2,000 million by end of 2011, from $21 million in 2008, according to a prediction by research group Mintel. The Indian market for sweeteners can shift towards stevia if it gets a boost from the government, said Agrawal. Stevia is cheaper than sugar. The average sugar yield from a 0.4 ha sugarcane field is four tonnes; average yield of stevia extract that equals sweetness of sugar is over 60 tonnes from 0.4 ha, said N Barathi, director of Growmore Biotech Ltd in Tamil Nadu.

The market for stevia in India is limited because there are no processing units. The government-run Institute of Himalayan Bioresource Technology at Palampur in Himachal Pradesh is planning to set up the country’s first patented eco-friendly stevia processing unit near Delhi. (The unit’s capacity won’t be high—300 kg leaves a day.) Anil Sood, head of the biotechnology division of the institute, said the imported stevia extract contain little steviosides.

“It is generally a mixture of mannitol, a type of sugar alcohol, steviosides and other sugar molecules. Mannitol is an adulterant and not good for people in certain (health) conditions,” he said. “We are trying our best to convince the government to allow stevioside as sugar substitute in food and beverages.” FSSAI has not relented. The stevia industry believes artificial sweetener producers are sabotaging stevia’s prospects in India.

Artificial sweeteners are mired in controversy. Some of them were found to be carcinogenic. A study by the Centre of Advanced Studies in the University of Calcutta found acesulfame potassium and saccharine could damage the DNA.

Given the risk, doctors and dieticians are cautious about prescribing artificial sweeteners. Nutritionist Shikha Sharma, who runs the Nutri Health Systems chain of clinics, said, “Anything industry-made cannot replace what nature has given us.” Shubha Sabharwal, head dietician at Indraprastha Apollo Hospital in New Delhi, said artificial sweeteners like saccharine are associated with memory loss. Plant-based sweeteners are safer, she said. Her claim is substantiated by a study on stevia by the privately run Institute of Bioscience and Biotechnology Research and Development at Kochi in Kerala. “All organs were found to be normal even at high dosage of 2,000 mg stevioside per kg bodyweight,” said C Mohankumar, the institute director and lead author of the study published in Toxicology International in June 2010.

Some problematic studies claimed steviosides cause cancer and lower sex drive. These were discarded. “All problematic studies were conducted on rats and hamsters with absurdly high doses,” said Jon Barron, director of Baseline of Health Foundation, which provides online information on health and natural products.

Not everyone is convinced of stevia’s goodness.

Sudarshan Rao, scientist at the National Institute of Nutrition in Hyderabad, said all natural things are not necessarily good. He said food safety agencies in the West have recommended stevia only in small doses after toxicological studies (see: Safe limit).

It should be as close to sugar as possible,” he said. Industry representatives also said extracting stevioside is not viable as stevioside content in leaves is just 10-15 per cent and stevia leaves are in short supply. Given the opposition to stevia, it is uncertain if the sweetener would enter the Indian market.