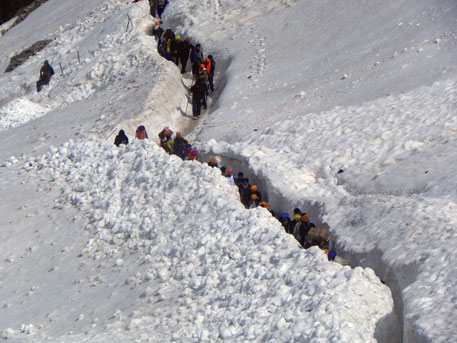 A MILLION-ODD pilgrims visit the holy shrines of Kedarnath, Badrinath, Gangotri and Yamunotri during the Char Dham Yatra in Uttarakhand from May to October. When flash floods occurred in the state in June last year, these geologically sensitive pilgrim destinations were brimming with devotees. There were as many as 26,000 pilgrims in Kedarnath valley, the Char Dham control room records show. Another 39,000 had just left for Badrinath, Gangotri, Yamunotri and Hemkunt Sahib, a popular religious destination near Badrinath. When disaster struck, more than 5,500 people lost their lives. 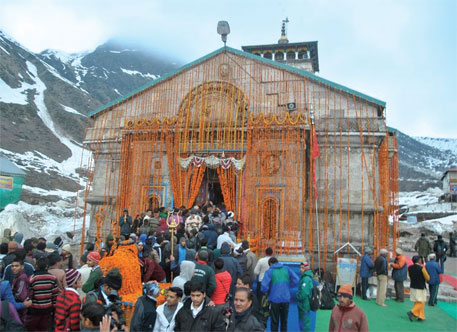 Clearly, it was unregulated tourism that was to be blamed for the tragedy, the National Institute of Disaster Management (NIDM) stated in its report in July 2013. A year later, not much has changed. The state government has done precious little to regulate tourism in the ecologically fragile mountain state.

After facing flak from all quarters, the state government made a number of promises. A study would be conducted to calculate the carrying capacity of all religious destinations that are 3,000 metres above the mean sea level. The number of tourists would be restricted based on the study’s findings, it said. There would be a headcount of the pilgrims who visit the holy shrines. These would be done by biometric registration through fingerprint and iris scan. All the pilgrims would be issued biometric cards. They would also have to go through medical examination so that critically ill pilgrims are either stopped from moving ahead or their medical details recorded in the biometric cards, the state government promised. But these are easier said than done. The Uttara-khand Tourism Development Board (UTDB) roped in private agency Trilok Security System India Private Limited (TSSIPL) for the purpose. The agency also works in tourist destinations Tirupati, Hyderabad, Bengaluru, New Delhi, Katra and Ajmer.

When Down To Earth (DTE) visited Badrinath in May, the peak season, it could not find any biometric registration booth. Nor did it find a medical check-up camp. In fact, nowhere in the entire tour was DTE asked for the biometric card. Just outside the temple premises, the car was stopped. Its registration number and the number of occupants were diligently recorded. But the next car went unhindered, without its details being noted down. The official had to take lunch break and there was no one to replace him.

A fellow tourist who had managed to get his card made said no one asked him for his fingerprint or his medical history. The card only showed his name, date of birth and the place from where he had come.

“The card should have been mandatory but lack of public awareness makes our task difficult. People reach the pilgrim destination without claiming the card. We cannot send of TSSIPL. A biometric registration booth has been set up at Narson checkpoint, on the Uttar Pradesh-Uttarakhand border. “If a pilgrim misses that booth, he or she can get registered at Haridwar or Rishikesh. The cards are being checked at the booths near the temple premises,” he claimed.

Figuring out the numbers
Between May 1 to June 5 this year, 86,757 pilgrims visited the four shrines, says Srinivas. But the state transport department has a different figure. It says 40,728 people visited the temples during this period.

“The pilgrim’s count is being kept by several departments, but there is no place where the data is collated, compared or added. There is no coordination between the departments,” says a UTDB official who did not wish to be named. The number of tourists in Uttarakhand is less this year because of the fear of last year’s disaster, he says.

“There is absolutely no monitoring of the number of pilgrims in Hemkunt Sahib,” says Vijay Bamola, an activist who lives in Joshi-math and has recently returned from the holy shrine, which is buried 4.5 metre in snow.

After last year’s disaster, the government made no effort to rebuild the 19-km trekking path towards Hemkunt Sahib, so pilgrims dug up the snow and created the route themselves. “The area is landslide-prone and the ice is still shifting. Despite the threat, pilgrims created a path to the gurdwara. What if the ice sheet shifts or if there is an avalanche? It is another disaster waiting to happen,” says Bamola.

On December 11, G B Pant Institute of Himalayan Environment and Development organised a meeting in association with the Union Ministry of Environment and Forests to discuss ways to regulate tourism. But hardly any action has been initiated after the meeting. As late as March 8, 2014, the tourism ministry invited proposals to conduct a study to assess the carrying capacity of the existing and potential tourist places in Uttarakhand. The study would be conducted not only in Badrinath, Kedarnath, Gangotri, Yamunotri, and Hemkunt Sahib, but also in areas with regular tourist flow such as Rishikesh and Haridwar. The Char Dham Yatra season is at its peak, but the ministry has not yet initiated the study.

Praveen Bhargav, managing trustee of Bengaluru-based non-profit Wildlife First, says a body of peer reviewed scientific knowledge on landscape ecology already exists. It needs to be used to identify the extent and location of eco-sensitive zones to regulate tourism and development projects in an area.

But there is absolute lack of interest from the state government, he says.