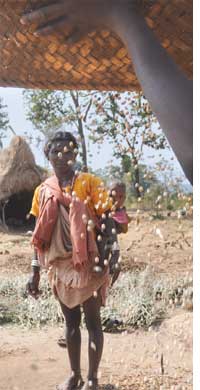 The United Progressive Alliance government has drafted a showpiece bill to guarantee food for each and every poor person in India. But the government is yet to define who is poor.

After objections from within and outside the government, the Empowered Group of Ministers (egom) that drafted the National Food Security bill said it will consider changes. The government had sent the bill back to egom early this month. At a meeting of top ministers and Planning Commission deputy chairman Montek Singh Ahluwalia on April 5, egom said it will take three weeks to revise the bill.

The bill promises 25 kg foodgrain to each below poverty line (bpl) family at Rs 3 a kg every month. But there is no clarity on who is poor and how many of them are there. As per the Planning Commission, anyone who cannot spend more than Rs 12 a day in rural areas and Rs 17 a day in urban areas is poor. It estimates 27.3 per cent people in India—about 65 million families—are poor. The Suresh Tendulkar Committee, set up to estimate the number of poor in the country, said 37.2 per cent people were poor in 2004-05.

In 2009, yet another committee set up to develop a methodology for conducting the bpl census for the 11th Five Year Plan pegged the figure at 50 per cent. N C Saxena, who headed the committee set up by the rural development ministry, said, “The Tendulkar Committee’s report is yet to be accepted and my report was more of a suggestion based on a lot of factors (including calorie consumption). I felt 27.3 per cent leaves out a large number of poor.”

Food and agriculture minister Sharad Pawar said egom has asked the Planning Commission to revise the definition of poverty and provide it the bpl list. “We may propose an estimate based on the Tendulkar report,” Ahluwalia was quoted as saying in the media.


The bill does not adequately address food security. It entitles 25 kg of rice or wheat for bpl families per month against the current entitlement of 35 kg per household. It does not even define the size of a household. Nor does it mention pulses and coarse grains essential for a healthy diet. “Just rice or wheat would simply not do. What about pulses, which cost between Rs 60 and Rs 100 a kilo?” asked Dipa Sinha, member of the Right to Food Campaign, a network of organizations and individuals.

The ruling Congress party has a different take on nutritional security. “In the food security draft bill the fundamental attempt is to first guarantee the staple food to people who do not have access to it,” Manish Tiwari, Congress spokesperson, said.

According to the Food and Agriculture Organization’s 2001 report on food insecurity in the world, food security means all people at all times have physical, social and economic access to sufficient, safe and nutritious food that meets their dietary needs and food preferences for an active and healthy life. The proposed bill falls short of this definition, said Biraj Patnaik, also a member of the Right to Food Campaign.


Patnaik said the bill should ensure accessibility, availability and consumption. The draft bill talks of delivering foodgrains through the targeted public distribution system (pds). The Central government shall allocate the required quantities of grains from the Central pool to state governments for distribution to the identified bpl families through the network of fair price shops.

“The targeted pds leads to corruption. Often the poor are left out, while the ineligible gets several cards,” said Himanshu, economics professor at Jawaharlal Nehru University in Delhi. A 2005 Planning Commission study said 58 per cent of the subsidized foodgrain issued from the Central pool does not reach the bpl families because of identification errors, non-transparent operation and corrupt practices, Saxena said.

“First we need to strengthen the pds,” said Himanshu. As per the draft bill state governments will set up vigilance committees to monitor food distribution. It also makes provision for social audits of the scheme. But how they will function is not clear yet.

Once revised, the bill will require a cabinet nod to be put in the public domain for discussion.