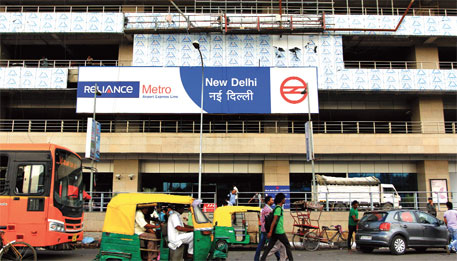 The notice from Delhi Airport Metro Express Line (DAMEL), a special purpose vehicle of Reliance Infrastructure Ltd, to terminate its agreement with Delhi Metro Rail Corporation (DMRC) for the Delhi airport Metro line makes the future of Public Private Partnership (PPP) for high cost public transport projects bleak. However, Union Urban Development Minister Kamal Nath treats the abrupt exit as an exception. “It does not mean that PPP does not work in Metro projects,” he argues.

There is complete silence in the official corridors over the lessons learned from this and the need for a course correction. All that Kamal Nath has said is that consultants will be hired to investigate the PPP to suggest the way forward. Ministry officials skirt the issue claiming that the case is under arbitration and it is, therefore, premature to comment. Urban development secretary Sudhir Krishna, who also heads Delhi Metro Board, dismissed Reliance Infra’s notice as illegal. “It is in violation of the concession agreement and the ongoing arbitration proceedings. The Board has decided to reject the notice. Since Reliance Infra was unable to run the line, DMRC started operations in the larger public interest,” says Krishna.

Reliance Infra invoked the termination clause on grounds that DMRC failed to take care of the technical defects in the civil structure built by it.

The government is left biting the bullet for evading its own norms. The recent draft performance audit report of the Comptroller Auditor General (CAG) shows that to meet the deadline, the ministry did not even put the project through PPP Appraisal Committee (PPPAC), constituted in 2008 to evaluate such deals. All infrastructure projects on PPP mode costing above Rs 100 crore are mandated to be appraised by PPPAC. DAMEL was not put through the process. 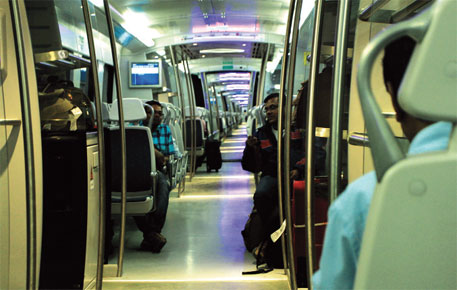 Taking advantage of the gaps and fissures in the agreement, Reliance Infra is holding DMRC and the government to ransom. For a project that has gone awry the concessionaire expects its entire money (Rs 2,800 crore) back and also to be compensated for the losses. A statement issued by Reliance Infra states it wants 130 per cent of its equity invested and 100 per cent of it debt. A consortium of 12 banks led by Axis Bank is now exposed to debt of Rs 2,000 crores.

Deeper investigation has brought skeletons tumbling out of the cupboard. In the 30-year build-operate-transfer contract, the government is expected to put in 54 per cent of the finance and Reliance Infra 46 per cent. Moreover, Reliance Infra is expected to put its own share at 70:30 debt-equity ratio. In other words, 70 per cent through borrowing from banks and 30 per cent as its own investment to be raised through equity. Last year, Reliance Infra had started the process of de-risking itself by sharing its stake with the other sister concerns of the Reliance group of industries. DMRC had slammed this as illegal.

This year, the CAG draft report has exposed more gaffes. It noticed that since 2009, two years after the agreement, the company was diluting the debt-equity ratio mandated at 70:30. It was selling or offloading stocks in DAMEL. As a result, the ratio of debt liability per earning started to increase. CAG reported that for every one rupee that Reliance Infra raised from shareholders in 2009-10, it incurred debt liability of Rs 43,218 to creditors. This increased to Rs 275,205 for every rupee in 2011-12. Reliance Infra, faced with the losses amounting to about Rs 325 crores in 2011-12, planned its exit by off-loading its stock to minimise losses, make whatever gain possible, and pass on full liability to new promoters and government.

T V Somanathan and Gulzar Natarajan, bureaucrats who oversaw implementation of Metro projects in Chennai and Hyderabad analysed the CAG report. They observed, “Left with no skin in the game by way of sunk costs and having made handsome upfront profit from equity dilution, the concessionaire now has limited incentive to invest for the longterm health of the project.” There is, therefore, demand for due diligence in drawing up PPP contract in the future. The contracts should set a floor level to the debt-to-equity ratio for the project that the concessionaire cannot breach and the financial institutions can monitor. Somanathan and Natarajan have asked for these regulations to prevent “perverse incentives for concessionaires”. Also, as per global practice, profits from dilution are expected to be shared with the government. Reliance Infra could leverage the backing of public investment in the project.

Sources in the Railway Board say debt is likely to be the centre of dispute. This is now being argued at the arbitration panel. Even before the verdict is out, Reliance Infra is assuring shareholders that it will successfully pull out every penny of the investment.

The passenger forecast for the airport line was 40,000 people a day. With 7.3 per cent growth per annum it was projected to increase to 86,000 by 2021. The forecast became the basis of the financials for the project. “When we reopened the line on January 22, 2013, there were an average of 10,000 passengers per day,” says Reliance Infra spokesperson. This forced increase in fares by Rs 30 making it one of the most expensive Metro lines.

Reliance Infra’s consultant indicated only 14,126 passengers for 2011 and 35,741 for 2021, far below DMRC’s projections. The highest number of passengers on this line has not exceeded 21,000 per day. Planning and operation of Metro in isolation without multi-modal integration, feeder links and poor accessibility can make such expensive systems sub-optimal. Metro providers should also be made responsible for creating infrastructure and facilities for access to the stations to improve ridership.

Poor technical monitoring during construction adds to financial risks. Reliance Infra officials say DMRC violated the concession agreement by not repairing the defects in 540 bearings which support the track within 90 days from the time it was notified. On October 8, 2012, not satisfied with the repair work, Reliance Infra invoked the termination clause seeking damages from DMRC, while approaching the arbitration panel to bail itself out of the mess.

DMRC officials say Commission for Railway Safety (CMRS) wanted to conduct additional tests on the girders in January 2013. CMRS directed DMRC to conduct the load test on several girders under different conditions. “Due to the nature of the structural defects, extensive repairs had to be taken up,” a senior official said. Reliance Infra officials complain that despite the repairs, the speed of airport Metro trains was kept at 50 km per hour and later revised to 80 kmph. This impacted the ridership while delaying introduction of the proposed check-in facility of airport users.

Clearly, PPP models need stringent quality and technical audits during the construction phase. This is clear not only from the Delhi experience but also from the mishaps reported in Mumbai.

Akhileshwar Sahay, former consultant with DMRC, points out that robust rules for risk sharing, accountability and routine qualitative checks should be the most important requisites to approve projects on PPP mode. What matters more in public transport projects is delivery of public service for public good.