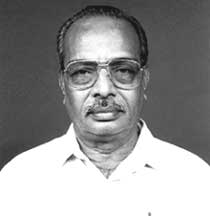 Sixty-year-old Devendra is the president of the Kedar Village Tank Farmers Society in Tamil Nadu. The society was formed in 1989 and there are around 217 members working with it from 13 different communities. The society operates and irrigates an area of approximately 119 hectares. The Centre for Water Resources, Anna University gave the society Rs 27.6 lakh for the research purpose in 1990. After forming the society they collected Rs 40,000 as seed money and the government also pitched in with a grant of Rs 50,000 for the work. The society designed the structures themselves and constructed a 1.5 km long road all along the canal to maintain it and also to mobilise their vehicles and machines for their fields. This reduced the cost of transportation and the villagers could save 50 per cent of the cost of harvesting.

Initially, the society collected money from the villagers and the Irrigation Management Training Institute, Trichi, gave them a generous grant, which the society has kept in a fixed deposit and the interest on it is used for maintenance purposes that costs them Rs 30,000 per annum.

Devendra says, "Before the intervention of the society, small farmers did not get water because big land owners took a long time to irrigate their land. The society intervened and constructed an earthen sub-channel so that the water reaches both the small and big landowners."

Initially the society did face difficulties like water channels being damaged but it was checked by the active cooperation of local people who fixed a fine of Rs 100 for such irresponsible acts.

People reported an increase in the productivity of their lands due to the availability of water even during the drought months. This has drastically changed their economic status.