Ray of hope for transplant patients

A bill introduced during the last session of Parliament seeks to change the definition of death from when the heart stops beating to when the brain ceases to function. The bill will benefit patients awaiting organ transplants and who have to depend on the thriving illegal organs trade.

Ray of hope for transplant patients 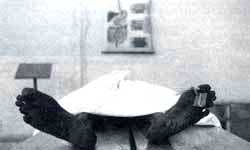 DYING will acquire a new meaning once the Transplantation of Human Organs Bill 1992 becomes law because the bill declares a person is dead once the brain stem dies. This is a dramatic departure from the current definition of death, which is that a person is dead when the heart stops beating.

The concept of brain-stem death began to find acceptance only since tests were devised recently enabling doctors to tell easily if a person's brain stem is functional. The bill in Parliament would allow a doctor to declare a person dead when the brain stem has stopped functioning, even though machines are keeping the person's heart and respiration going. Such a person is termed a "heart-beating cadaver" in the bill.

The availability of heart-beating cadavers for organ transplants has enormous implications, because organs such as the heart, liver and pancreas can be removed for transplant from only those cadavers in whom respiration is being maintained artificially through machines. For example, heart transplants have not been possible so far in India because of the non-availability of heart-beating cadavers. Other organs such as kidneys can be taken from living donors, without any altering of the donor's normal functioning.

Free availability of heart-beating cadavers is also expected to make a dent in the long list of critically ill patients, awaiting organ transplants. Presently, only about 5 per cent of organs transplanted in the country come from voluntary donors -- and they are usually relatives and they mostly donate kidneys.

A combination of voluntary donors in short supply, an absence of heart-beating cadavers and the availability of desperately poor people who can be "persuaded" to sell their organs by touts out to make a quick buck, has resulted in a flourishing, organised, illegal trade in organs for transplant. A kidney, for example, can be bought for Rs 60,000, a patch of skin for Rs 2,000, and a cornea for Rs 1 lakh.

The new bill seeks to curb this illegal trade because it would enable the many thousands who die each year in accidents to become potential organ donors. Last year, there were 1,500 such deaths in Delhi alone. "At the All India Institute of Medical Sciences, we have 30 brain-stem death cases every month," says Samiran Nundy, head of the gastrointestinal surgery unit. "These people could give life to 150 others, if organ transplants were permitted from heart-beating cadavers."

The Transplantation of Human Organs Bill 1992 is based on the report of a five-member committee headed by constitutional expert L M Singhvi, which was set up to recommend legislation that would enable human organs to be donated for therapeutic purposes. The committee members were Nundy, S C Jain of the Law Ministry, J Vasudevan of the Health Ministry, and C J Vas, a medical expert from Bombay.

The bill in outlining the procedure for removal and transplantation of human organs for therapeutic purposes, states only hospitals registered under the Act would be allowed to perform transplant operations. Central and state officials would be required to set up "appropriate authorities" to oversee implementation of the Act, including registering hospitals, ensuring they comply with the law, enforce standards prescribed for hospitals involved in removal, storage and transplantation of human organs, and investigating any violations.

The bill makes mandatory production of a certificate signed by a panel of four doctors -- the head of the hospital, an independent expert appointed by the head, a resident neurosurgeon and the physician treating the patient -- before a patient is declared brain-stem dead. The panel must set out in detail the reasons for certifying death. Even then, the removal and transplanting of organs would be conducted by a different panel of doctors.

Well-established criteria for determining brain-stem death are laid down in the bill. They state a person can be declared brain-stem dead only after a cause that could result in brain death is established and all potentially reversible conditions have been excluded, including no part of the patient's body responding to stimuli, tests for specific brain functions are negative, spontaneous respiration is absent after the patient is taken off the respirator for 10 minutes, and, finally, all these conditions remain unchanged when the patient's status is reviewed within a maximum period of 24 hours.

Hospitals already performing organ transplant operations will have to register themselves with the appropriate authorities within 60 days of passage of the bill.

The bill states a person has merely to put down on paper before two witnesses his/her intention to donate an organ to become a potential donor. Or, immediate relatives can permit removal of a person's organs after death. Organs can also be removed from a body that remains unclaimed beyond 48 hours.

The human organs bill, which is the first serious attempt to tackle the illegal organ trade in the country, states that a person convicted of taking money for arranging or attempting to arrange an organ transplant, can be imprisoned for seven years and fined upto Rs 20,000.

But, opinion on the bill is sharply divided. Nundy insists the bill contains adequate safeguards to prevent misuse of the concept of brain-stem death. Only select hospitals would be allowed to conduct transplants operations and, initially, their number would be limited to 10. But Bombay High Court judge Bhaktawar Lentin and Supreme Court advocate Rajeev Dhavan both disagree with Nundy. Dhavan asked, "Just because a body remains unclaimed for 48 hours, should that give its custodian the freedom to cut it up and sell parts of it?" And, Lentin concurs, pointing out the 48-hour provision will further encourage illegal trade in organs.

The bill states a person has merely to put down on paper before two witnesses his/her intention to donate an organ to become a potential donor. Or, immediate relatives can permit removal of a person's organs after death. Organs can also be removed from a body that remains unclaimed beyond 48 hours.

The human organs bill, which is the first serious attempt to tackle the illegal organ trade in the country, states that a person convicted of taking money for arranging or attempting to arrange an organ transplant, can be imprisoned for seven years and fined upto Rs 20,000.

K C Reddy of the Pandala Nursing Home for Kidney Transplants in Madras, predicts the bill will discourage organ transplant programmes because the registration process for hospitals as laid down in the bill is too cumbersome. "The state should provide alternatives, such as adequate dialysis facilities, to the sale of kidneys," said Reddy. "Continuous dialysis is very expensive and both the equipment and electricity necessary for it are in short supply, which is why patients opt for kidney transplants."

Paid organ donors are usually from the lower income groups, in pressing need of money. Most come from the slums, with Bombay and Madras emerging as the main centres of the organ trade. Less than 10 per cent of the donors are related to the recipient. Lured by promises of money, most donors are sent off after the transplant, without any post-operative care. As a result, many develop complications that can prove fatal.

The doctor-tout nexus, too, is very strong and Dr Hirachandani says touts make frequent visits to doctors to take orders and keep them informed about the "wares" they have for sale. There have also been cases where doctors have removed organs from dying patients without prior permission. Mehta relates the case of a 35-year-old man whose kidneys were removed in a hospital where he'd been admitted following an accident. When his family noticed the scars on the dead body and confronted the doctor, he admitted to having removed the organs.

Though only the rich, whether foreigners or Indian, can afford organ transplants, their number is still large. Mehta said his rich patients are willing to pay as much as Rs 60,000 for a kidney from an unrelated donor, rather than risk a blood relation's life, even though the chances of organ rejection are far less if the donor is a relative.

Sophisticated tissue typing tests are required to make sure the recipient can accept the organ and such facilities are available in only a few hospitals in India. Hence, because transplant operations are performed at times in the country without exhaustive testing, there is a high rate of rejection. One technique used to counter rejection is to administer high doses of a drug called cyclosporine, which suppresses the body's immune system. However, while this may help patients to survive with not-so-well-matched organs, it leaves them more vulnerable to infections.

Despite all these complications, an organ transplant offers 50 per cent of the recipients the chance of living a near-normal life for at least two years. And this raises a question that society must answer: Can critically ill patients be restricted legally in their pursuit of organ transplants that will give them new lives? On the other hand, how effective can legal provisions be in curbing a vicious illegal trade in human organs that seeks to lure the poor into selling parts of their body and then abandons them without any medical care?