Revival plan for whom?

Revival plan for whom? 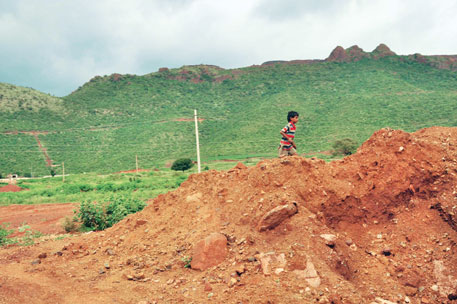 It was a mining scam of epic proportions that shook the political establishment of Karnataka, put a state Cabinet minister behind bars and forced the chief minister, Bharatiya Janata Party leader B S Yeddyurappa, to quit in 2011. Three years after the Ballari mining scam, the state government—on the insistence of the Supreme Court—has drawn the country’s largest ever cleanup act to restore the ecology and revive the livelihoods of the people of Ballari and neighbouring Chitradurga and Tumkur districts.

But the Rs 32,800-crore effort, titled Comprehensive Environment Plan for Mining Impacted Zone (CEPMIZ), has two fundamental flaws—it does not take the affected communities into confidence and the fund allocation is likely to benefit the industries more than the people.

CEPMIZ was formed as per the recommendations of the Supreme Court’s Central Empowered Committee (CEC), which was asked to probe illegal mining in Ballari in 2010. In its October 10, 2012, report, the panel recommended conditional resumption of mining in a majority of leases along with a plan for restoration of environment and livelihoods severely destroyed by mining.

The apex court accepted the recommendations while delivering its judgement on April 18, 2014. The state then set up Karnataka Mining Environment Restoration Corporation (KMERC) to plan and implement CEPMIZ. The corporation was notified on June 27 as a special purpose vehicle and will be operational till 2043-44.

But the corporation does not have a single representative from the communities in mining-affected districts. CEC recommendations also ask for involvement of ecology and environment experts in the body—a requirement that has been ignored.

“KMERC consults only high-level officials. Communities directly affected by mining or civil society groups that have been working in the mining area are in the dark about the action plans,” says T M Shiva kumar, lawyer and president of a citizen welfare forum in Sandurtalukof Ballari. “We have strong apprehensions that this mega project will end up as yet another scam,” he adds.

“Though local bodies in Ballari are puppets of mining barons and corrupt politicians, this was a good opportunity to empower them. Instead, they have been ignored,” says T K Chandrasekhar, former faculty, Hampi University in Ballari.

The project will be funded through the penalties for illegalities by the mines and through a portion of the sale proceeds of the stock of iron ore at the time of ban on mining in 2011, and auctioning of the mines cancelled by the Supreme Court. (See ‘Choosing industries over people?’.)

The CEC recommendations had put the illegal mines into three categories—A, B and C—on the basis of the extent of encroachment. There are 45 mines under category A that have either not encroached land at all or have encroached “very little”. Under category B, there are 72 mines that have encroached up to 10 per cent beyond the lease area through mining pits and up to 15 per cent by way of waste dumping. The Supreme Court said mining can be resumed in 108 leases under the two categories (excluding nine projects under category B out of which two were cancelled and seven were suspended) after the completion of reclamation and rehabilitation process. 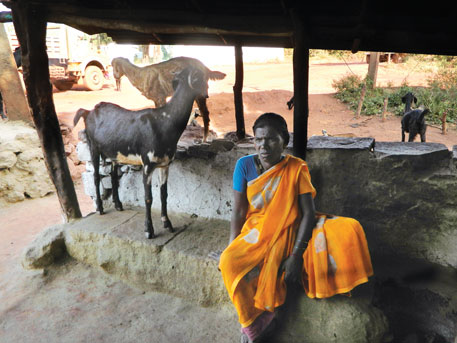 In July 2011, when the mining was banned, 25.5 million tonnes of ore was available as stock for sale. They are being e-auctioned by a monitoring committee set up by the court. However, almost all the mines extracted more iron ore than what was permitted, and the Supreme Court had ordered that the amount of ore extracted by each mine should be assessed. This process is pending and as a result nobody knows the exact amount KMERC will receive.

The transport and communication sector has been given more than 80 per cent of funds for the next three years while crucial sectors such as health, agriculture and environment have been sidelined. Sameer Shukla, deputy commissioner of Ballari district and director of KMERC, says all the plans are at the draft stage and will be placed before the board for approval.

The preparedness of the body is equally questionable, as it has not even bothered to carry out village-wise mapping to quantify the damage in monetary terms. “Without such mapping, how will officials know what each village needs?” asks A G Shrishaila, Ballari district secretary of Jan Sangram Parishat, a people’s group. This is unfortunate as many of the mining-affected villages are extremely backward. Ramgarh village in Sandur taluk, for instance, lacks basic facilities such as safe drinking water, healthcare and upper primary school. Residents of the area say they have to travel over 10 km on kuccha roads to reach the nearest town of Sandur.

When Down To Earth contacted Rajender Kumar Kataraia, managing director, KMERC over the phone, he asked for an email questionnaire to which he did not respond.

Activists allege that local politicians, miners and contractors are rushing to bag contracts for projects under CEPMIZ. “Non-governmental organisations supported by local politicians and miners are mushrooming,” says Shrishaila. She has a point. Data available from the sub-registrar’s office in Ballari reveals that 323 non-profits were registered last year. Since June this year up to November 14, more than 200 non-profits have been registered. Down To Earth could not verify the objective of these non-profits and also whether they are supported by miners and politicians.

Some of the newly floated non-profits are collecting money from farmers as membership with promises of providing irrigation facilities, crop loans and other financial benefits under various schemes of KMERC. “We have been told that if we want to get benefits, we have to become members of the new group. I have given Rs 1,200 as membership,” says Moolimannai Eranna, a farmer from Lakshmipur village, a mining-affected area in Sandur taluk. He has joined a group called Mahatma Gandhi Vividdhodesha Sahakara Sangha.

“I was told I would be made president of the group if I managed to get 100 more farmers to join,” says Maddani Ajjappa, another farmer from the same village. He says the group has more than 5,000 farmers as members. Eranna and activists of Jan Sangram Parishat allege this group is supported by E Tukaram, Sandur MLA, and Santosh Lad, a state Cabinet minister who had to quit in November last year after the role of his mining firm, V S Lad and Company, was exposed in illegal mining.

CEC member secretary M K Jiwrajka on February 19 forwarded a letter he received from M M Sivanandiah, promoter of the group, to the chief secretary of Karnataka. The letter recommends KMERC to allocate the reclamation and rehabilitation funds under CEPMIZ to the group.

Shukla says he is not aware that non-profits were mushrooming in Ballari. But considering the Karnataka government’s track record, activists such as S R Hiremath, who has been fighting illegal mining since 2009, say only an independent monitoring body with experts can salvage CEPMIZ.