Rolling back the architect 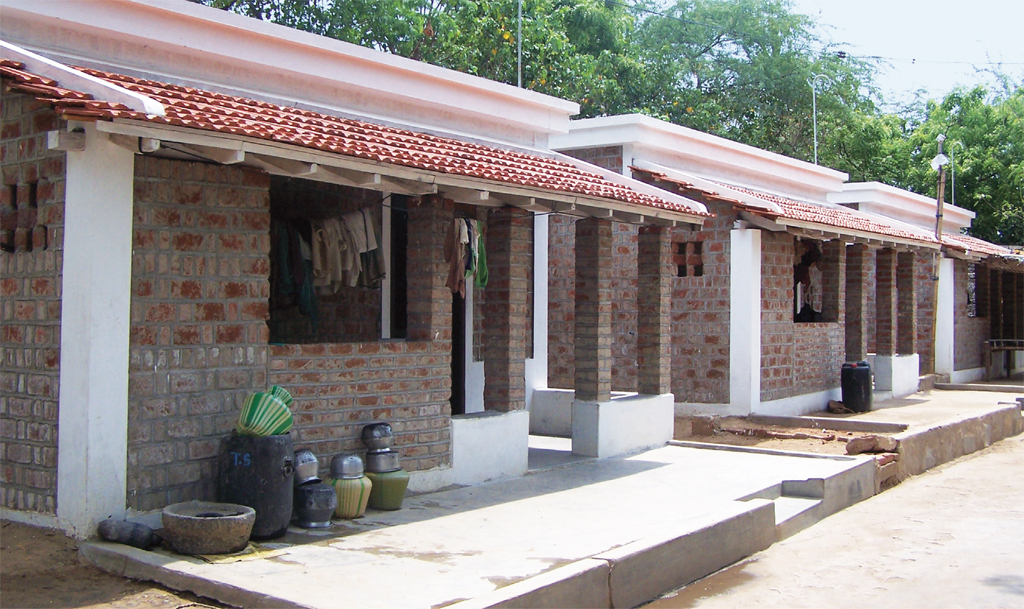 Rolling back the architect

“Social issues were so dominant that design and aesthetics took backseat,” says Durganand Balsavar recounting his experiences of post-2004 tsunami rehabilitation work in villages of Tamil Nadu’s Nagapattinam district. An outpour of aid workers and contractors followed by foisting of good, but alien, architectural systems on affected communities in the name of rehabilitation and safe design has become routine response to such catastrophes.

“My experiences of working in devastated villages in Kachchh after the 2001 earthquake,” says Balsavar, “led me to question such methods.” For most architects, consultants, NGOs and aid agencies providing houses to the earthquake victims was yet another project. But for the affected communities, it meant struggle for survival. Most abandoned the houses where they were rehabilitated because they found them uncomfortable, says Balsavar. “They required skilled labour to maintain and such labour was not available locally.” Balsavar is the director of Artes– Human Settlements Research Collaborative, an architectural consultancy firm that operates out of a curiously empty and rustic old building in central Chennai.

The tsunami-affected villages in Nagapattinam might have been abjectly poor and isolated from the rest of the state but they were relatively self-contained, economically, and their buildings and design practices had evolved over generations to address local issues. Any prescription, no matter how good, would have compromised the self-sustaining nature of these communities. Viewed from an architect’s perspective, rehabilitation based on such prescription seemed headed for failure. “It is better the architect recognises the shortcomings at the outset rather than the villager experiencing problems later,” Balsavar says.

His team started identifying the social issues critical to rehabilitating people in Nagapattinam and followed up with a study of indigenous architectural systems. “The local authorities found our idea absurd,” Balsavar recollects. Bureaucrats found it impossible to understand that designing a two-room structure required a six-month study on the resident’s way of life. “Fortunately, or unfortunately, it took more than six months to find land for the project. That allowed us time for this socio-architectural experiment.” 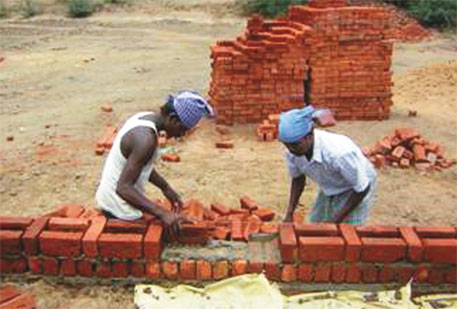 Normally, in a participatory process the community is consulted before the design plan is drawn and construction begins. “But,” he adds, “we decided to up the stakes and convert the whole exercise into a raw social experiment.” It turned into a capacity building workshop: people were involved in carpentry, electrical and masonry work, including making bricks. They were trained so that they did not have to depend on external resources. The process generated livelihood and profits remained in the village. Trained by the Artes team, the coastal communities built about 15,000 houses, which cost Rs 90,000 for 350 square feet. “We could keep costs low by eliminating external contractors and relying on local skills and resources,” he explains.

His team did not experiment much with building material. They used common brick and mortar, but optimised resources by design interventions like rat-trap cavity walls. These not only reduced the amount of bricks needed to construct walls, but the cavities were used to run plumbing and electrical working. The thermal insulation of the houses also improved, Balsavar adds.

Balsavar believes building houses for a community is different from building for an individual. “Communities tend to appropriate resources according to their needs. It would have been naïve to think of myself anything more than a facilitator,” he says.

The role he set for himself sometimes went against the architect’s professional grain. As a professional, one has a clear vision of how to go about things and how the final product will look. But one cannot say no if a community wants a gaudy purple colour door on a designer modern white building for a community centre. Or, one cannot decline if a person wants to repaint the whole structure parrot green. Such colour schemes and deviations are architectural blasphemy. “But I realised the architect’s control has to give way to community’s aspirations,” says Balsavar. Legendary architect Laurie Baker built houses for fishing communities in Kerala on the same principle. Aesthetics is the outcome of the process, not its objective, he adds. Balsavar feels there is some power in such kitsch colours and assemblies which local communities admire and play with. “I have, in fact, started using them in my designs. It’s kind of a cross learning.”

“I am a little cautious of using the sustainable tag. I never claim a project to be sustainable when I start work. Claiming sustainable design is different from actually achieving one,” the architect says. From a sustainability standpoint, one cannot dispute a building with solar roof or rainwater harvesting structure. “But,” asks Balsavar, “what good is such a building if in the end no one lives in it or its solar panels are not used or maintained?”

So is sustainability just an architectural design concept? Or is it about a design sustaining in the long run and within a social milleu?

The houses for the tsunami-affected, that were completed by 2008-2009, have two rooms with a shaded verandah in front, which also houses the kitchen. Having the kitchen at the entrance and that too opening towards the street was another violation of accepted design principles. Not just my team, even the aid agencies and donors found it difficult to accept. “But then, this is what the villagers wanted. It’s their way of life,” Balsavar recollects. The aid agencies set much store by toilet and sanitary infrastructure. But hygiene is something which communities understand better. It is the communities’ will if they want to adopt a way of living or not.

All houses in Nagapattinam were designed in a manner that allowed the owner to add rooms later without compromising the health and safety of the buildings. “We left a lot of extensions to facilitate the owner to continue building,” says Balsavar.

Each village community is different, so with each village the approach had to change. It was a slow process. It took years to reach where things are now.

Balsavar is now looking at ways to sustain indigenous knowledge and promote it without bringing in alien elements. He has started designing urban houses which do not look like traditional ones but incorporate traditional systems to make them as naturally comfortable as possible. “We found it is still possible to design houses that do not need fans. They may not work for those used to air conditioners, but by normal standards they will work,” he says.

Balsavar reckons it will take another seven to eight years of work to start building in other dimensions of sustainability. “Sustainability in architecture is related to lifestyle and affordability. One needs to work with the mindset that after a point the architectural dimension starts to fade.”