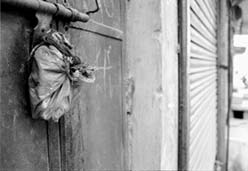 two months after the Supreme Court (sc) directed the Delhi government to de-seal industrial units, owners of which were willing to give an undertaking that the premises would not be used for any non-conforming activity, not a single unit has been de-sealed as yet.

In November 2000, the state government undertook a massive, indiscriminate drive of sealing/ relocating units operating from residential and non-conforming areas. The sealing operations were carried out despite the sc order, which indicated closure of only "polluting" industries in residential areas. The office of the environment secretary of the Delhi government had issued a public notice in various newspapers on November 18, 2000, saying that all industrial units operating from the residential and non-conforming areas shall close down forthwith.

On February 9, 2001, the sc instructed the Delhi government to de-seal industries after taking an undertaking from the industrialists. In addition to this, the Delhi government also invited applications from those industrialists who felt that their units were wrongly sealed. The move to de-seal industries, however, has failed to take-off. There are many reasons for the failure -- the very definition of a polluting industry has, in fact, come up for questioning (See box: What is polluting?).
The relocating drive to make Delhi a lesser-polluted state has been going on for more than five years. Since 1996, sc has issued several orders to Delhi government to close/relocate polluting industries in non-conforming/ residential areas. But the state government refrained from taking any action. Finally on November 14, 2000, sc sought an explanation from the Delhi chief secretary on why he should not be charged with contempt of court for not taking the necessary action. A panic reaction saw the blind sealing operation.
In the first phase of sealing in November-December 2000, the government sealed 3,700 units. Widespread protests and riots followed in which three people lost their lives and many were injured. "This prompted the government to constitute a group of experts to realistically and precisely classify industries," says K P Nyati, head, environment management division, Confederation of Indian Industry and also the member of review committee, consititued by the government.

The review committee gave a report on the industrial units they considered polluting, on the basis of which the second sealing drive began in February 2001. Another 900 industries were sealed. Since the officials implementing the order, like the sub-divisional magistrates (sdm), knew very little of the polluting or non-conforming nature of the industries, further compounded the problem. After much confusion, on February 9, the sc ordered the government to de-seal industries after taking an undertaking from the industrialists

The whole process of getting a unit de-sealed is complex because of the number of agencies involved and the documents to be procured. There are two kinds of de-sealing activities going on -- one, according to the sc directions seeking owners' undertaking and, the second, in which applications have been invited by the government from industrialists who feel that their industry has been wrongly sealed.

According to Y P Suri, vice-president of the Delhi Manufacturers' Federation (dmf), many industrialists have complained of harassment at the hands of government employees.To add to the problem, mediators and brokers have already surfaced. "Industrialists have to first submit an application along with other documents to the deputy commissioner who forwards them to the Delhi Pollution Control Committee (dpcc)," says Suri. dpcc then forwards the application to the review committee, which investigates the case and holds the right to visit the unit. The sdm' s report is also considered. "The committee sends its recommendation to the deputy commissioner who forwards it to the sdm concerned for further action," says Suri.

Many industrialists have already given up hope of ever getting their units de-sealed. "I have visited various government offices in the past month and submitted all relevant documents," says an industrialist, whose unit is yet to be de-sealed. Ironically, very few industrialists have filed applications for de-sealing. On conditions of anonymity, a member of the review committee said, "In our last meeting we had just three cases." Suri admits that very few have applied but smirks at the sluggishness shown by the authorities concerned in closing the files.

There are other problems as well. Industrialists who were operating from rented premises have to get an undertaking from their landowners saying that they will never again rent their premises for industrial use. But many landowners have refused to do so, some because of the fear of getting into legal hassles. Meantime, industrialists have continued to suffer. "So many kinds of circulars and notifications have been issued by the government and its various agencies that it has left us confused," says industrialist K C Nahata .

On March 19, 2001, the government filed an affidavit in sc in response to the case filed by industrialists challenging the two sealing drives. According to a member of the dmf , which is a party to the case, the government has agreed that the law was not followed properly during the sealing drives. However, the Union ministry of urban development, which was asked to file details of the operation, has sought extension of the deadline to file the affidavit. It will now file the affidavit on April 11, 2001.

"The whole relocation episode is a drama," sums up Nahata. The government had decided to develop the Bawana area near the Delhi border to relocate the industrial units. But it has only been loose talk so far. "Even those industrialists who had applied for relocation way back in 1996 have not been given land," says Nahata.

The government had received around 52,000 applications for relocation. Out of these 23,948 were considered eligible. But the government has allotted land in Bawana to just 16,000 applicants in two phases. "Without even being allotted land, the remaining 'eligible' applicants have already deposited 30 per cent of the approximate cost of the land required but they are yet to be allotted any land," says Suri.

Ironically, the 24,000 units that were considered eligible for relocation were the first targets in the November 2000 sealing drive of the government as they had given details on the type of the industrial unit. Since Bawana is yet to be developed their fate hangs in the balance.