Something for parents to chew on

Something for parents to chew on

Eighteen-month-old Ishleen gets a toy almost every week. Whenever her parents visit markets in west Delhi they pick up something for her. Ishleen has a collection of squeezies, soft toys and rattles. “She began teething a year ago. So she chews on just about anything,” said her mother Manjeet Singh. 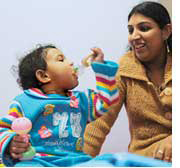 Her husband Jaspal Singh inspects the toys before buying them but she agreed they did not give much thought to health effects. Chances are when Ishleen chews on these toys she ingests tiny doses of chemicals. One of them is phthalates that makes plastics flexible but can interfere with the reproductive system.

Romila Bahl, mother of two children now adult, knows toys can be toxic. "I'm not a scientist but as a mother I knew what was good for my children, especially knowing it may go into their mouth," said Bahl, who runs a flower business in Delhi. "I always asked my eldest sister in Chicago to bring toys for my children," she said.Her children, Omar and Mandira, would eagerly look forward to their aunt's annual visit. 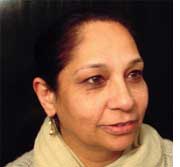 "I didn't mind shelling out an extra buck because I never trusted the cheap imports." But she has not heard of phthalates, which were not banned in the US when she used to get toys from Chicago some 15 years ago.

Aparna Pandey, a kindergarten teacher in Delhi, gave birth to a girl three months ago. Although her child responds to the rattles Pandey bought from a crafts bazaar, she is too young to hold on to them. But once she begins to, Pandey is clear what kind of toys she will buy. “I love India’s toymaking traditions,” she said. “Luckily, you can still find them in Delhi. I would only buy those using natural vegetable dyes, meeting food grade standards.” Parents often give in to their child’s demand for flashy plastic toys. 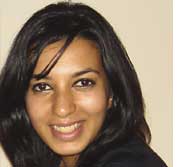 Pandey, still on maternity leave, said she always warned parents about the potential health hazards of playthings for their children.

When Shoom Gupta, 63, walked into the oldest toy shop in Delhi he was overcome with nostalgia. He had last visited the store, Ram Chander & Sons, in Connaught Place, 35 years ago before moving to Copenhagen. Growing up in India during the 1950s he played with toys made of terracotta, wood and clay. “I used to buy slingshot model planes made of balsa wood,” he recollected. 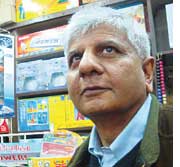 The Danish toy company Lego, he said, began by making toys from leftover wood when he was still working as a carpenter. But Lego no longer uses wood. With the introduction of plastic softeners and moulding agents, plastic became the medium of choice. Then came the Chinese manufacturing revolution. Gupta’s two daughters Maya and Carolina grew up playing with Lego toys.  The name comes from the first two letters of the Danish words leje godt , meaning ‘play well’. 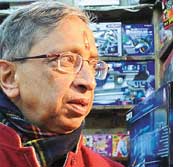 “Till the time the manufacturing unit was in Denmark, I was not really worried when children put the plastic pieces in the mouth,” Gupta said. But with manufacturing moving to China and lack of quality control standards, he is no more sure of toys’ safety.

Shop owner Satish Chander agreed. “Quality standards in the US and EU differ from those in Latin America and South Asia