The Tata Energy Research Institute's report on fuel consumption trends calls for a clear energy policy to prevent India from being trapped in an oil-intensive development patttern. It says unless renewable energy sources are tapped and conservation efforts are made, extensive environmental damage will occur and foreign exchange reserves will be drained. 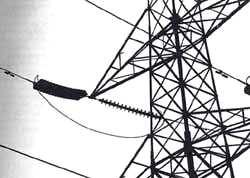 HERE'S what the future could look like: all-day or all-night power cuts but high energy bills; long queues to buy petrol at exorbitant prices; highway dacoits holding up vehicles to drain out fuel; and central India denuded of all forests to enable opencast coal mining. This Mad Max-like scenario for India in 2010 is a distinct possibility if predictions in a report by the New Delhi-based Tata Energy Research Institute (TERI) come true.

One scenario presumes a business-as-usual (BAU) approach in which present conservation and wasteful energy-use patterns continue. The other two are a low conservation scenario and a high conservation scenario. The report also suggests steps to ensure the sustainability of future development. "However," Pachauri says, "the necessary investments for alternative energy sources are not forthcoming and the promotional programmes of the government are not achieving the objectives."
The report predicts continued dependence on fossil fuels (oil and coal) for primary energy consumption such as electricity generation and low reliance on renewable sources of energy. It projects total commercial energy demand in 2010 will be 600 million tonnes of oil equivalent (MTOE) in the BAU scenario, up from 200 MTOE in 1990-91. In the low conservation model, energy consumption would be 520 MTOE.

The largest demand for coal, which forms a sizeable part of India's energy consumption, is from power plants and the steel, cement and fertiliser industries. Coal demand in 2010 is estimated at 626 mt (BAU), 583 mt (low conservation) and 501 mt (high conservation), whereas coal production in India is likely to be only 426 mt, double that of 1990-91. TERI estimates more than 30 per cent of coal demand, 196 million tonnes, will be from the western region, which will become highly industrialised.

For power generation, the trend in the eighth plan seems to emphasise capacity addition largely through gas-based power plants. This would reduce the availability of natural gas to supplement peak load demand (see box).

"The urban sector will continue to use the lion's share of the energy produced in 2010," says Pachauri. That is why TERI has constantly emphasised the need to develop renewable energy sources to meet rural needs, he adds.

The high energy consumption will have alarming implications for the country's foreign exchange reserves. The country will have to spend about Rs 86,000 crore in foreign exchange and petroleum product imports alone will cost Rs 40,610 crore. In 1990-91, the country spent Rs 10,780 crore on the import of crude oil and oil products, 45 per cent of which was for refined products alone. The report says the cumulative outflow of foreign exchange for oil imports from 1973-74 to 1990-91 was about Rs 98,000 crore.

The enormous demand for coal will put further pressure on the already precarious state of coal transportation. In addition, the share of opencast mining, which is already more than 60 per cent of production, will increase, resulting in greater deforestation and degradation (see box). It appears to be more economical to import coal or switch to other fuels and try to conserve energy.


Will the country be able to sustain the high rate of energy consumption visualised by the TERI study? Are the projections realistic? Some experts call the predictions alarmist, pointing out the overall energy intensity (rate of energy used in production) in the Indian economy has declined over the decades and will continue to do so. Others say the current trends are unlikely to be consistent because technological changes brought about by globalisation of the economy could change energy use patterns drastically.

Jyoti Parikh, senior professor, Indira Gandhi Institute of Development Research, Bombay, says, "The scenario of oil demand at 186 mt projected by TERI is indeed shocking but unrealistic. The report itself says oil intensity tends to decline after every major increase in international oil price. For the economy as a whole, price increases can spur efficiency improvements."

Pachauri, however, retorts that "in spite of everyone talking of energy conservation since the 1970s oil crisis, conservation efforts being carried out are merely scratches on the surface, whether they be in the transport, industrial or household sector. Major changes in systems, processes and devices are essential if any effective conservation is to take place."