Teesta dams: A recipe for disaster?

Teesta dams: A recipe for disaster? 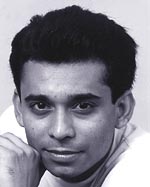 Take some sand in a glass container; fill it with water. Shake the container. The water and sand become a single fluid mass. Now imagine a highly populated town standing on this material. You can't even imagine what will happen when an earthquake strikes . Once you know this, how would you react if told that we are awaiting a similar fate in north West Bengal's sub-Himalayan ranges?

The Gujarat 2001 earthquake drove home the point that cities built on river alluvium and sand are likely to suffer maximum damage from an earthquake due to high water table and the construction of dams in the upper reaches. In Bhuj, multi-storeyed buildings just sank into the ground.

The phenomenon, called Reservoir Induced Seismicity (ris) was first seen in India after the Koyna dam was built. The Koyna reservoir seemed to activate a previously inactive fault and seismic activity is noted whenever the reservoir is filled to a certain level. The water stored in a reservoir in the upstream increases the water table in the lower reaches. This makes the entire region float on water. A little shake will collapse everything. So a dam not only increases pressure on the upper reaches which can cause earthquakes, but the towns and cities built on river alluvium in the lower reaches also become more vulnerable due to the rise in water table.

A series of dams have been proposed on the river Teesta, which might have an adverse effect on the already sensitive seismic zone in the Darjeeling-Sikkim area. The issue here is not about the dams' failure during an earthquake but about the damage that will be caused to the area by the quake.

The river Teesta carries one of largest sediment loads in the world. Therefore, there will be a lot of sediment accumulation in the reservoirs created by the dams. This load is only going to increase because it is being predicted that the water level of the Teesta will rise considerably; the glaciers feeding it are melting at an accelerated rate as a result of global warning. If there are active faults in the area, there is a risk of cutting short the already burning fuse by increasing the stress on the system.

In an article in the Journal of Structural Geology in 2000, Malay Mukul pointed out that there are multiple active faults in the region between Sevok to Kalijhora along the Teesta river. Sikkim, Darjeeling, south and north Dinajpur and Malda sit on the sand and alluvium of the Teesta and Mahanadi rivers and have a high water table. Going by what occurred in Koyna, the Teesta series of dams looks like a recipe for future disaster.

Realising the gravity of the situation, the Indian government's department of science and technology has recently funded several projects to address the problem. Scientists who have resear-ched the geology and seismology of the Darjeeling-Sikkim Himalaya have been warning us for quite some time now. Roger Bilham, Vinod Gaur and Peter Molnar in Himalayan Seismic Hazard have identified the Darjeeling-Sikkim Himalaya as earthquake-prone .

The warning is based on the realisation that a certain amount of strain needs to build up in the rocks before they can rupture and cause earthquakes. Such stress may require hundreds to thousands of years, or a few days. In a given area, any accurate prediction of this interval prior to a big earthquake is impossible. The clock of course, is reset every time an earthquake occurs. The Arunachal Himalaya and central Nepal Himalaya are relatively safer as they have experienced major earthquakes in 1950 and 1934 respectively. The Darjeeling-Sikkim area and western Bhutan have not. Since the Himalaya is a seismically active mountain chain, it is not a question of 'if' an earthquake occurs, but 'when.' The Darjeeling-Sikkim area is sitting on ticking time bombs set up on the Teesta dams and we have no means of knowing when the clock started.

While progress is being made on the Teesta dams, no awareness programmes have been launched. The National Hydroelectric Power Corporation (nhpc) is setting up a reservoir between Kalijhora and Sevok in Assam as part of the series of dams. As a result this once favourite picnic spot has now become forbidden to tourists.

Diversion of the Teesta river through two tunnels for implementing a 510 mega watt hydel plant in Sikkim, would also be executed very soon. In any hydel project, diversion of the river on which it is commissioned is regarded as a major achievement. This time bomb site is about 55 km from Gangtok. Two diversion tunnels of 460 metres and 600 metres length having 12.2 metres diameter each are being constructed. Work on the project is running ahead of schedule and nhpc expects to complete it by March 2006. Will disaster keep off till then?