The Mayans penchant for building places of worship brought their downfall

In 2001, when a hurricane ripped through the jungles of northern Guatemala, an uprooted tree at the base of the ruins of a pyramid exposed stones bearing one of the longest texts of hieroglyphs ever found. The inscriptions belong to the Mayan civilization. Part of a grand staircase leading up the side of a pyramid, the inscribed stones recorded the triumphs and defeats of a civilization caught in the middle of protracted warfare between two superpowers of the civilization: the city-states of Tikal and Calakmul. 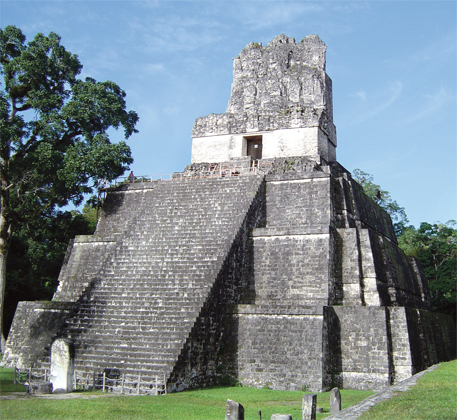 The Mayans dominated Central America for more than 1,500 years, from well before the birth of Christ to late in the first millennium. They built large cities with palaces and pyramids throughout Central America. Archaeo - logists and other Maya scholars said hieroglyphics on the stairs discovered in 2001 revealed the story of a Tikal ruler, Jasaw Chan K’awiil, who ruled in the eighth century AD. It is at times a grisly account of flowing blood and piles of skulls after a battle was over and the vanquished were sacrificed. One of the largest cities in Maya history, Tikal, was in what is now northern Guatemala, but had a much wider sphere of influence in the Maya world. Calakmul, known as the ‘snake kingdom’, was about 90 kms north, in Mexico. Jasaw Chan K’awiil’s victory led to a permanent downturn in the fortunes of the ‘snake kingdom’. But victory was also pyrrhic for the Tikals—in fact, it signalled the downturn of the Mayan empire. That wasn’t evident to the victorious Jasaw Chan K’awiil, though. 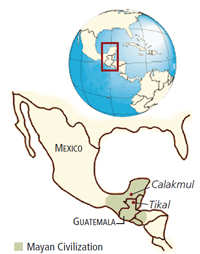 e had led an army to the heartland of Calakmul, captured its ruler, bound him, brought him back and sacrificed him. In the euphoria, Jasaw Chan K’awiil rebuilt the city of Tikal in a way never seen before. The Mayan ruler and his successors began building huge temples that required considerable resources, especially large, straight trees whose wood could withstand the weight of tonnes of stone. According to David Lentz, a botanist with an abiding interest in ancient civilizations, “Unfortunately, Jasaw Chan K’awiil tapped into the Mayan sacred groves to build his magnificient temples.” Lentz, who is professor of biological sciences at the University of Cincinnati in the US, wrote in a recent New Scientist paper, “The stands of virgin timber were more than 200 years old in some areas." 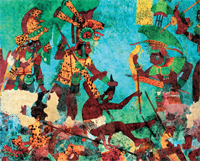 After building a few temples, the Mayans ran out of timber from the Manilkara zapota (sapodilla) tree, so they switched to an inferior tree: Haematoxylon campechianum, logwood or inkwood that is found in swamps. “Sapodilla is soft when you first cut it, so it can be carved into beautiful, intricate shapes. Yet when it dries, it is as hard as iron,” the biologist explained. “Logwood, on the other hand, is like iron to start with and stays that way.” In their zeal to build new temples Mayans began ripping away forests they had preserved for centuries. “There is definite evidence to show forests were conserved and cutting logwood was prohibited before Jasaw Chan K’awiil and his successors went overboard,” Lentz said.

The gods must be pleased 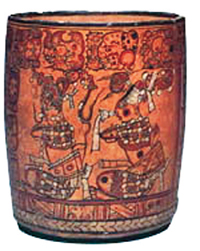 The euphoria was disastrous for a civilization susceptible to long droughts. “Ninety five per cent of their population depended solely on lakes, ponds, and rivers,” Lentz said. Richardson Gill, an American historian who has studied the Mayans for more than 30 years, believes, “The Mayans supported a complex and large population on the thin soil—at their peak, the population density of most Mayan cities was comparable to modern day Los Angeles and New York—and dispersed resources of tropical forests.” The massive hacking down of logwood upset the ecological balance. For the last temple, the Mayans went

back to sapodilla. “Perhaps they had replanted after their sacred groves had been cleared of their timber. After 40 years you get a tree big enough with which to build. Also, at that point, things were beginning to go downhill for the Mayans. Perhaps they reasoned that the gods didn’t like the new style of temple and they needed to return to the construction style of earlier, and more prosperous, times,” Lenz reasoned. But, the American biologist believes, the Mayans had disturbed their fragile hydrological resources. “When you clear all the forests, it changes the hydrological cycle. With no trees, you lose water retention in the soil or aquifers so the ground dries up and then there is less transpiration, so therefore less rainfall as well,” he said. German geologist Gerald Haug corroborates Lentz. “There were three large droughts between 810 and 910 AD, each lasting more than a decade,” the university of Potsdam don said. 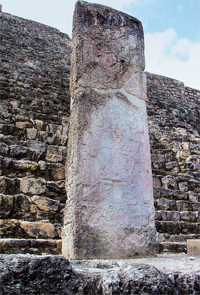 The droughts sparked a chain of events that led to the demise of the Maya. “Sunny days, in and of themselves, don’t kill people,” said Gill, the author of the bestselling The Great Maya Droughts: Water, Life, and Death. “But when people run out of food and water, they die.” In their twilight days, the Maya were a society in deep trouble. Densely populated cities strained resources. They were living on the edge, said Haug Many of the great centres like Tikal were deserted.

The sacred temples and palaces became home to squatters, who left household rubbish in the once pristine buildings. “When droughts strike, they can trigger a chain reaction beginning with crop failures, leading to malnutrition, increased disease and competition for resources, and ultimately cause warfare and sociopolitical upheaval,” Gill wrote. Hundreds of skeletons recovered from Mayan sites in Guatemala and Mexico show signs of disease and malnutrition such as porous bones and stress lines in the teeth. Haug believes both the elite and commoners were affected. When the Spanish conquistadors invaded Central America in the 16th century only a fraction of the Maya people had survived to face them.