The chemistry of living death

The chemistry of living death 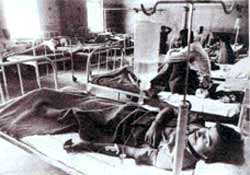 THE world's biggest industrial disaster has been rendered today its most trivial. Criminal corporate culpability and governmental concern for its poorest of the poor are the 2 elements missing in Bhopal a full decade aft methyl isocyanate leaked from a U Carbide plant and littered the city's streets with the dead, the dying am those destined to ebb in slow agony.

Death can be bribed into postponing its grim reaping, but it requires money. The government has made sure that the disaster's victims don't have enough of it. If there is aspect of the disaster that is not co with a miasma thick as that stink smog 10 years ago, it is that the living today are worse off than the dead.

Union Only a 6th of Bhopal's 600,00 registered victims have received the begging bowl amount called, with irony whatsoever, "compensation doesn't even begin to compensate. hospitalisation charges, soaring like pack of vultures. There are some lawyers who have grown fat and sleek in the labyrinths oflegality where Bhopal's victims are routinely led astray, but that is all.

Meanwhile, the world's stockpile chemicals that have not been tested toxicity or contraindications increase by 3,000 every year. All of us are seething with chemicals of dubious it safety, chemicals that come from ostensibly benign things like lipsticks and preservatives. There is a Bhopal ticking away in each one of us.