The fruits of people's power

The fruits of people's power 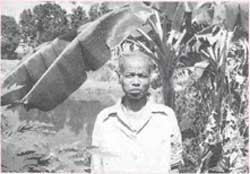 Khakhsitola, a small village inhabited by Oraon tribals, lies 46 km from Ranchi. Its dense forest of 17 ha is virtually an orchard of fruit trees. Another 16 ha patch has been levelled for agriculture. Water is provided throughout the year by 3 small check dams that are connected to an intricate network of small canals. Fish and ducks are raised and the villagers run a poultry farm and a bee breeding programme and rear a few cows that provide milk.

The heroes of Khakhsitola's success story are the Oraons themselves. Simon Oraon, charismatic chief of the village, has held the post unopposed for 40 years. He recalls that in 1952 the government declared the area as reserved, usurping Khakhsitola's traditional rights to its forest. The villagers began systematically plundering the forest but soon realised their error. In 1954, they tried to prevent contractors from cutting timber but were jailed. Simon Oraon, then a young man of 28, called a meeting of 10 villages. The people decided that panchayats, and not individuals, would decide the needs of every family. People were assigned guard duties and the village was alerted by beating a drum if intruders were spied.

In 1978, contractors were allotted a portion of the forest for commercial extraction but the Oraons chased them away with bows and arrows. Simon Oraon was arrested but subsequently released because of the tension that followed. In 1984, another contractor was sent in to plunder the forest. He was, however, tied to a tree by the Oraons and his labourers chased away.

Now Khakhsitola's panchayat lays down the law. Each household must contribute 20 kg paddy for the forest guards annually. Trespassers are warned and then fined. A tree is only cut when 3 households express a need for extra wood. The tree to be cut is chosen by the committee. Simon Oraon proudly says that no conflict in his village has ever been settled in a law court.

Fruit trees that can be harvested are marked with a flag and only fallen fruit can be picked up. Green grass can be harvested for personal use but not for sale, and grazing is permitted. The panchayat has also constructed pedestrian paths and built a guesthouse using local material.

The Oraons, who were named "Tana Bhagats" by Mahatma Gandhi, subscribe to his philosophy. Much of their success is a result of their simplicity and discipline.