The logistics of conservation

The logistics of conservation 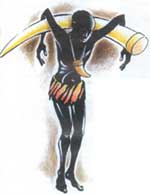 Almost 80 per cent of the elephant range in Africa lies outside protected areas. Human-elephant conflicts are high, particularly in southern and central Africa where both the populations are high (see graph: Competing for resources). The conflicts are serious but more localised in areas where there are a smaller number of elephants in isolated patches of high human density or where the human density is low but shared resources like water are scarce. Zimbabwe alone has 65,000 elephants against an estimated carrying capacity of 30,000. Botswana has over 79,000 and Namibia more than 7,000 elephants.

The relationship is further complicated in areas of cultivation - pastoralists in the Savannah tolerate elephants but farmers in areas with higher rainfall and intense cultivation do not, since they damage crops. Given a daily intake of food of about 230 kg, elephants can cause a lot of damage. As a World Wide Fund For Nature report (Conserving Africa's Elephants: Current issues and priorities for action) points out, apart from the loss of food and productivity, there are also social costs - such as the loss of education of children who are afraid to walk to school and the extra effort put in by women to avoid elephants while collecting fuelwood and water.

Deterrents such as fences, thunder flashes, lights and gunshots have been tried and failed. Most wildlife managers in Africa now believe that a long-term solution lies in encouraging landuse strategies to minimise conflict situations, and ensuring that where human and elephant populations do overlap, that people derive tangible benefits from their presence. "The use it or lose it approach may not be popular in some conservation circles, but a more forgiving attitude towards wildlife'Is a luxury most Africans simply cannot afford," says WWF International campaigners.

One way that the people can benefit, of course, is from tourism revenues. In Kenya, tourism is already the single biggest source of foreign exchange. But so far, it is largely the central government and the private sector which have benefited most from tourism rather than local communities. Pointing out that elephant management is costly, and that extensive assista*e from outside donors has been; assared but is not forthcoming, governments and local NGOS say that consumptive use of elephants for trophy hunting and through ivory exports is the only way to raise money (see box: A clean argument).

Big game or trophy hunting is already a means of generating income in Cameroon, Namibia, South Africa, Tanzania, and Zimbabwe. Botswana plans to reopen elephant trophy hunting and the issue is under consideration in Congo, Gabon and Mozambique. The countries register their annual trophy hunting quota with the CITES Secretariat and the ivory from these animals can be exported and imported legally for non-commercial use, provided it is accompanied by the CITES documentation, and there are no stricter domestic measures in the importing country.

In Namibia, Tanzania and Zimbabwe, national legislation allows for some of the revenue from trophy hunting to return to the local communities. In Tanzania, a licence to shoot an elephant costs us $4,000, while in Zimbabwe, a single elephant hunt can cost us $20,000. The number of elephants shot varies - in Tanzania, 154 were shot between 1988 and 1992, out of a national population of about 56,000. In Zimbabwe, the annual quota is set at about 200 animals.

More than 57 per cent of the revenue generated from the CAMPFIRE in Zimbabwe comes from elephant trophy hunting. These revenues are used for community development needs. Licence fees from trophy hunting in Zimbabwe go to the government for further conservation work, and sport hunting itself provides local employment. In other countries, the major share earned from trophy hunting does go to the central government and to private individuals, but a recent study in Tanzania demonstrated that earnings from the sport were even more evenly spread over the country elephants range than fees from non-consumptive uses such as tourism. In some instances, trophy hunting has been merged with problem elephant control.
A similar problem was encountered with regard to whaling. Five proposals for placing three species of whales from Appendix I to Appendix it were submitted by Japan and Norway. All were rejected. There was also a ,separate proposal from Japan, asking the cop to review the relationship Of CITES with the International Whaling Commission, which was also rejected.

The International Whaling Commission (rwc), recognised as the global authority for regulation of whaling, was established in 1948, to implement the International Convention for the Regulation of Whaling. A moratorium on commercial whaling was passed by the iwc in 1981, and a Southern Ocean Whale Sanctuary was established in 1994. The rwc: maintains zero quotas for all member countries, until the implementation of its revised management scheme (Rms), which would grant quotas after a control mechanism has been put in place.

But members of the High North Alliance, a Norwegian NGO, claim that the anti-whaling nations - namely the USA, UK, Australia and New Zealand - are delaying work on the Rms. At present, they say, work on the Rms has come to a complete stop and that it is unlikely that commercial whaling will ever be allowed.

The whaling industry in the past was driven by a demand for whale oil, and operations were carried out by the UK, USA, the Netherlands, New Zealand and Australia. With demand for whale oil being taken over by cheaper vegetable oils, these countries have no plans to resume whaling. The other whaling countries use whale as a food source. The Bvc moratorium has allocated quotas for "aboriginal subsistence whaling" to the Russian Federation, Greenland, and the Alaskan Inuit.

By a resolution passed in 1979, CITES chose to follow the management measures suggested by the rwc, and all whale species were placed on Appendix I. Pro-wbaling countries are unhappy with this state of affairs, claiming that the iwc is dominated by a group of nations that have declared themselves in opposition to commercial utilisation of whales in any form whatsoever - irrespective of whether it is sustainable or not. "By basing its decisions on those of the IWC, CITES will be endorsing a policy where myths, cultural preferences and the popularity of certain animals in urban public opinion means more than biological and ecological sites and scientific assessment," say members of the High North Alliance. "As a result, the credibility of CITES as a conservation body will be severely impaired."

The NGO claims that the chairperson of the iwc scientific committee, Phil Hammond of the UK, resigned in protest against the contempt with which the recommendations of the committee were treated. The research of the committee showed that some whales stocks are abundant. Whaling nations point at the hypocritical stand taken by some anti-whaling nations. The current chairman of the iwc, Peter Bridgewater from Australia, reportedly said that there was no reason "why such large and beautiful animals should be hunted for meat and for other products available from other sources." But Bridgewater heads the Australian National Parks and Wildlife Service, which culls about 3 million kangaroos every year. Australia is campaign- ing to increase exports of its kangaroo products, and has protested strongly against a ban on import of such products in the US.

Japan, Norway, Peru and the former Soviet Union had lodged objections to the iwc moratorium adopted in 1982. Japan later withdrew its objection, but continued to catch minke whales (Balacnoptera acurostrata) in the Antarctic and North Pacific Oceans for 'scientific purposes', which is allowed under the terms of the 1w( . Norway decided to resume minke whale harvest in 1993. Iceland left the nvc in 1992 in protest against its not having lived up to its own intentions. Canada left in 1982, and is not contemplating rejoining, despite the fact that its aboriginal population in the North West Territory has resurned catching Greenland whales.

Meanwhile, Canada, Iceland, Japan, Norway and Russia have been threatened with economic sanctions by the L2@ on a number of occasions. Organisations such as Greenpeace have threatened to "hit where it hurts most", by persuading importers to boycott Norvyegian goods, and by pressurising the ITS government to impose trade sanctions. At the 10th cop, once again, five proposals for listing three species of whale in Appendix ii, submitted by Japan and Norway, were opposed by NGOS who said that they would result in illegal meat being laundered into legal trade.

Once again, in question are the mechanisms for controlling illegal trade, especially in Japan, where illegally obtained whale meat is often passed off as a 'bvcatch'. Norway claims to have a well developed database on the DNA of whales, but whether this could serve to develop viable methods to distinguish between meat of whales listed in Appendix it from the meat of a species on Appendix i remains a moot point.