A Flemish cartographer always on the run from Christian orthodoxy 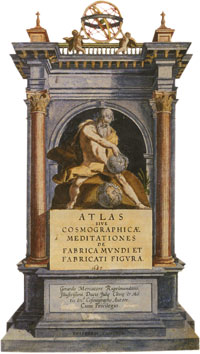 In February 1544, an Hungarian court charged a Flemish cartographer for heresy. Gerard Mercator, the cartographer in question, was sent to a poky prison cell in the outskirts of Budapest. He had powerful friends though and was out of prison in seven months. But the Catholic orthodoxy remained close on his heels and Mercator had to move to Protestant Germany to pursue his map making quests.

When Mercator was born in 1512, the geography of the globe was sparsely known. It was not clear whether America was part of Asia, if there was a vast inland sea of melt-water at the top of the world or if Australia was connected to Antarctica. With the invention of airplanes several centuries away, there was no easy way of knowing what the world looked like from above.

Cartographers had to be able to garner, assimilate and coordinate the geographical information provided by explorers and sailors who frequented margins of the known world. They also had to be able to imagine themselves suspended in the air, to achieve the visionary perspective of gods, gazing down at the world from the heights of heaven. This earned them the ire of the Catholics. Maps were ripped apart, cartographers’ homes vandalised and abuses were hurled at their families.

The atmosphere was somewhat alien to Mercator. He had spent his early years in Rupelmonde, a Flemish trading town at the junction of the Rupel and Schelde rivers. A centre of Protestant efflorescence, the town’s riparian location meant that Mercator’s geographical imagination was nourished by the ships which passed to and from the rest of the world, and by the exotic stories and objects which found their way to the Rupelmonde wharves. 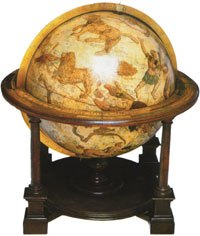 At Rupelmonde Mercator honed his talents as an instrument-maker and a mathematician: it was there, too, that he first considered the possibility of mapping the world, region by region. This was the age of discovery, with the Iberian countries at the forefront. Mercator moved to Spain in search of royal patronage and then to different places in the Habsburg empire, where he was pursued and incarcerated by the Catholic orthodoxy.

On his release, Mercator moved to the quieter town of Duisburg and worked steadily on what he called “the book of the universe”.

Mercator had to imagine his viewers looking down at the Earth. He had to reduce the remoteness of places artificially by using pictorial symbols which beckoned the viewer towards a landscape. Almost inevitably, Mercator was drawn to the greatest geographical riddle of the times: how could the course of a ship be represented as a straight line on a map, constructed on a grid of latitude and longitude.

This quest coalesced with another: Mercator was a believer and enticing his viewers to the Biblical lands was fundamental to his scriptural belief. He pulled a trick of perspective drawing on the map: by spacing out the mountains, where the Biblical exodus started, in the lower left part of the map and by cramping the ranges of the Promised land in the upper right half of the map. Mercator thus encouraged the eye to follow the Biblical itinerary from the barren spaces of Egypt towards the distant lands of Jordan.

This was the basis of the famous Mercator Projection: a solution the Flemish cartographer devised to represent the spherical surface of the globe on a twodimensional plane. At Duisburg, he began applying the projection to the more than 100 regional maps he had collected over 40 years.

The first edition of the collection, the Atlas, was completed four months after his death in 1594, and carried a 36,000 word treatise “On the Creation of the World”, along with 102 scrupulously drawn maps.