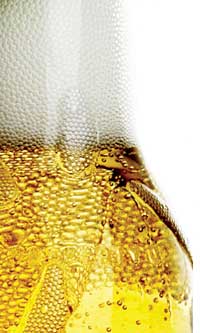 The world's oldest food purity law dates back to 1516

The last week of April was party time in Germany. Beer halls in Munich were packed with people drinking tall glasses of the dark brew served by women dressed in dirndls while men in leather shorts pumped out oompah music from battered brass instruments. The government of Bavaria had declared a Beer Week to let tourists and residents sample from some of the state's 40 breweries and 4,000 brands. The Germans were toasting the anniversary of an edict issued 493 years ago in the small town of Ingolstadt, some 30 km north of Munich.

On April 23, 1516, Bavarian co-rulers Wilhelm IV and Ludwig summoned a meeting of the state assembly. It was a noisy affair. The beer loving dukes had their eyes set on the perfect brew. By the end of the day they had stamped their seal on what is regarded as the world's oldest food purity law: Reinheitsgebot or the Beer Purity Law.

The decree stipulated that only barley, hops, and water could be used to make the brew (yeast had not been discovered yet). The intent of the feudal decree was to keep cheap and unhealthy ingredients such as rushes, roots and a variety of fungi out of the German people's favourite drink.

Some of these herbs were downright poisonous, others induced hallucination.

Beer was as popular in monasteries as it was in feudal manors. It became a staple monastic drink in the 9th century when trade with western Europe came to a halt. Deprived of wine supplies from France, the monks took to beer. They experimented with new techniques and ingredients and in the process, discovered the virtues of hops: the flower, a distant relative of cannabis, gave the liquor its bitter taste and also helped preserve it.

The Benedictine abbess Hildegard von Bingen's 12th century treatise, Physica sacra, contains the first written description of the healthful effects of hops in beer. Hildegard drank beer regularly and lived to be 81 years old, an incredible age for that time.

Monastic rules framed by immigrant Irish priest, St Columban, regulated consumption of the drink: drunkenness was forbidden and the monk who spilled beer had to stand still an entire night. But this did not deter the monks who began looking for newer elements of intoxication. And travellers visiting them, took the knowledge home.

The brew very often went wrong. The failure was usually blamed on women who brewed beer in households. Thousands of beer witches were burnt at the stake between the 14th and 16th centuries.

But none was as obsessed with the brew as Wilhelm IV: his Tobbaco Council spent hours discussing beer everyday. The Bavarian duke's 1516 purity decree was not accepted instantly. The Protestant reformer Martin Luther who lived around the same time preferred the earthy brew of northern Germany to the Bavarian variety.

But the Reinheitsgebot did spread northwards to other German states and in 1919 it became the official law in all of the realm of the German Kaiser, with the addition of yeast as a basic ingredient and malted wheat as an allowable component in top-fermented beers.

But non-German brewers regarded the law as an impediment to free trade. In 1987, the European Court struck down the edict.

Even now, however, a German beer brand is sure to carry a message stating it has been brewed according to the purity law of 1516. Commemorating the 16th century edict began the year it was struck down.