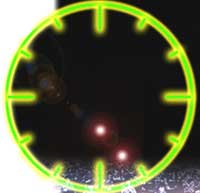 Underneath the sleepy suburbs of Orange, New Jersey, usa, lies a unique site in the history of labour rights and the understanding of radioactive materials. For it was in a factory here in the 1920s that almost hundred young women were slowly poisoned to death with radium. The ensuing case of the 'Radium Girls' would change perceptions of radioactive materials, forever. Labour laws in many countries also bear the imprint of this case.

From 1917 to 1926, the us Radium Corporation produced radium-based products, including luminous paints under the brand name, 'Undark'. Their plant in Orange produced radio-luminescent watch faces, employing around 100 workers -- mainly women -- to paint the radium-lit watch faces and instruments.

Grace Fryer started working in the spring of 1917 with 70 other women in a large, dusty room filled with long tables. Racks of dials waiting to be painted sat next to each woman's chair. The workers mixed glue, water and radium powder together and applied the glowing paint onto the racks of dials with camel hair brushes. The brushes would lose their shape after a few strokes, so the women pointed them with their lips to keep them sharp. The women painted their nails, teeth and faces with the radium paint for entertainment when the lights went out. The factory was so full of radium dust that the women's skin and hair glowed by the time they left work. "Not to worry," their bosses said; "If you swallow any radium, it'll make your cheeks rosy."

A lack of concern over radiation was endemic at the time. Discovered in 1898 by French scientists, Pierre and Marie Curie, the natural radioactive element was the new wonder substance, seen by most people as a miracle drug that could cure anything from arthritis to cancer. The element and its supposed uses were championed by academics, physicians and the us government itself. 'Radithor', a medical drink sold over the counter until 1931, was said to bathe the user in "liquid sunshine" -- if drunk regularly, it contained enough radium to kill. Residues from us Radium's refineries were used to make sand for children's sand boxes. The company's owner said the sand was more beneficial than the mud of the world's best curative baths.

In 1922, however, the dial painter Irene Rudolf began to complain of toothache. She was suffering from necrosis of the jaw, which proved fatal. Increasingly, the other women suffered from anemia and bone fractures; almost all had unusual blood conditions. Some had tumours bulging from their jaws and leg bones, where the radium had settled.

us Radium denied that the women were suffering from radium exposure. A campaign of disinformation was started by the company; following pressure by the corporation, doctors attributed workers' deaths to other causes.

Syphilis was often blamed in an attempt to tarnish the reputations of the women. Meanwhile, the owners and the scientists of us Radium -- familiar with the element's effects -- carefully avoided any exposure to themselves, using lead screens, masks and tongs around the material. Like other factory workers at that time, the 'Radium Girls' were expendable.

Grace Fryer decided to sue us radium in 1925. Grace had quit the factory in 1920 for a better job as a bank teller. But in 1922, her teeth started falling out and her jaw developed a painful abscess. The hazel eyes that had charmed her friends now clouded with pain. She consulted a series of doctors, but none had seen a problem like it. x -ray photos of her mouth and back showed the development of serious bone decay. Finally, in July 1925, one doctor suggested that the problems might have been caused by her former occupation.

It took Grace two years to find a lawyer willing to take on us Radium. Four more workers, Edna Hussman, Katherine Schaub, Quinta McDonald and Albina Larice joined Grace, and were dubbed 'the Radium Girls' by the media. The us Consumers' League backed the women's cause after it was brought in to investigate the suspicious deaths of four factory workers between1922 and 1924.


The case swiftly grew into a media phenomenon, as results of tests done on the women became public and the real effects of radiation exposure became known.

Meanwhile, Harvard University physiology professor Cecil Drinker had begun his own investigations of us radium. Drinker found a heavily contaminated work force, unusual blood conditions in virtually everyone, and advanced radium necrosis in several workers. During the investigation, Drinker noticed that us Radium's chemist, Edward Lehman, had serious lesions on his hands. When Drinker spoke to him about the danger in the careless and unprotected the way he handled the radium, he "scoffed at the possibility of future damage". Drinker said, "This attitude was characteristic of those in authority in the plant. There seemed to be an utter lack of realisation of the dangers inherent in the material which was being manufactured".


Grace and her fellow workers had some success in their battle against us Radium. The company -- despite never admitting responsibility -- paid the workers a combined settlement of over us $20,000.

It was an out of court settlement. But the litigation was a landmark in the us. As a result of the case, the right of individual workers to sue for damages over labour abuse was established, labour safety standards were created, including a baseline of 'provable suffering', and industrial safety standards were comprehensively improved. A Congressional Bill was finally passed in 1949, which decreed compensation for all occupational diseases. The story of the 'Radium Girls' ultimately led to a complete revision of how radioactive materials were viewed, handled and used.

All this, however, was too late for the Grace and her colleagues; all five women were dead by the 1930s. Their deaths changed labour laws and views on radioactivity forever.

The factory in Orange was destroyed in 1984, and the radium in the area was finally cleared last year; the legacy of the five 'Radium Girls', however, has a far longer half-life.