Ethanol, a safer alternative to MTBE, will now be mixed with petrol to curb emissions. Lopamudra Banerjee analyses the impact of this environment-friendly decision 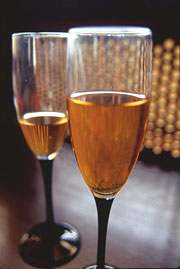 At last, after years of resistance, the Union ministry of petroleum and natural gas has relented. On March 20 this year, Union minister Ram Naik announced in Parliament that toxic oxygenates -- methyl tertiary butyl ether (mtbe) and ethyl tertiary butyl ether (etbe) -- will be phased out. Instead, ethanol, a safer alternative and a renewable fuel, will be mixed with petrol to meet the oxygenate requirement under the current fuel specifications.

The announcement follows vociferous protests by environmentalists against the use of toxic mtbe, a known groundwater contaminant, and the strident demand of the ethanol industry to allow the use of the green fuel, which is found in abundance in the country. However, under pressure from oil companies that had already taken steps to set up mtbe plants, the petroleum ministry had been dilly-dallying on the issue despite mounting evidence on the harmful effects of the oxygenate.

What clinched the deal in favour of ethanol was the endorsement of the harmful effects of mtbe and etbe by the S J Chopra committee (see box: Catalyst for change) -- set up by the Union ministry of petroleum and natural gas. The panel was formed to study the viability of ethanol as compared to ether-based oxygenates. The process was further expedited when an agreement was signed earlier this year with the Brazilian government on technology transfer in this area.

An oxygenate is added to petrol to increase its oxygen content allowing better combustion and, therefore, lesser tailpipe emissions of harmful gases like carbon monoxide. The shift from leaded to unleaded petrol had caused the issue to flare up as the removal of lead from petrol had affected the working of vehicle engines. It had resulted in knocking due to reduction in octane rating in petrol.

To deal with this problem, refineries had initially added high quantities of aromatics that lead to higher emissions of benzene -- a carcinogen. No upper limit has been fixed by the government for aromatic content in Indian unleaded petrol, which can be as high as 60 per cent. Therefore, the recourse to oxygenates.
The major task now is to develop the requisite infrastructure for blending five per cent ethanol with petrol in eight select sugarcane-growing states -- Andhra Pradesh, Tamil Nadu, Karnataka, Maharashtra, Gujarat, Haryana, Punjab and Uttar Pradesh.

In fact, three semi-commercial pilot projects with ethanol-blended petrol, commissioned in 2001 by the petroleum ministry in Maharashtra (Miraj/ Hazarwadi) and Uttar Pradesh (Manmad and Bareilly), have already been successfully completed. As per available statistics, 327 retail outlets dispensed 13,400 kilolitres of ethanol-blended petrol during a period of about six months. All vehicles in these areas, irrespective of age and make, used five per cent blended ethanol without any changes in engines or any other parts. The ministry now plans to launch six more semi-commercial pilot projects in Rajahmundry (Andhra Pradesh), Bhatinda and Pathankot (Punjab), and Gonda, Kanpur and Najibabad (Uttar Pradesh).
There is a divergence of opinion on the amount of ethanol that should be mixed with petrol. The sugar lobby is demanding a mix of 10 per cent. But the automobile industry, which is opposed to it, says ethanol is corrosive so vehicles will have to be specially designed to use more than five per cent ethanol.

Indian Oil Corporation's (ioc) Research and Development (r&d) Centre claims that vehicle manufacturers favour the five per cent blend. However, Bajaj Auto Limited officials maintain that a batch of two-wheelers faced some problems in one of the districts even with this percentage. On their part, the ioc officials point out that the fault in this case lay with that particular batch of obsolete two-wheelers whose production has been discontinued by the company. "No other vehicle in any district encountered any such problem and we have the Society of Indian Automobile Manufacturers' (siam's) written assurance that five per cent blend is okay," reiterates R K Malhotra, deputy general manager, ioc r&d Centre.

"The introduction of ethanol in eight states would require 333 million litres of its anhydrous form," according to Arun Kumar Misra, secretary, sugar, Uttar Pradesh, who is also a member of the inter-ministerial task force set up by the Union government to look into the feasibility of blending ethanol with petrol. Even though the capacity to produce such a large quantity of ethanol has not yet been developed in the country, the possibility of achieving this target is not bleak. "Tenders for the supply of anhydrous ethanol elicited tremendous response," points out A K Goel of Indian Sugar Mills, who is confident that "by December 2002 India will be in a position to produce 300 million litres of anhydrous ethanol". Several states are, in fact, in the process of setting up plants to produce anhydrous ethanol (see graph: State of the matter).

One precaution has to be taken while blending ethanol with petrol on a large scale: water should not in any way mix with the blend as it can result in phase separation, which in turn may impair engine performance. Ethanol, when blended with petrol, has to be anhydrous or devoid of any water content. Thus mixing, storing and transporting have to be done with utmost care.

During the pilot projects after mixing was done at the oil depots, the fuel was transported in specially designed tanks to keep out moisture. "Even at the retail outlets, special care was taken while cleaning and storing the fuel blend," reveals N R Raje, general manager, ioc r&d Centre. Thus, apart from regularly cleaning underground tanks in petrol pumps, all depots and retail outlets need to install separate pipelines, metering units and silica gel traps to absorb extra moisture. But experts like H B Mathur, emeritus professor, Delhi College of Engineering, who has done several field trials with ethanol-run vehicles, feel that the problem of phase separation gets reduced when the quantity of ethanol is increased from five to 10 per cent.


As for the problems of price and availability, the ethanol industry claims to have successfully tackled them. Ethanol will be mainly produced from molasses, which is a by-product of the sugar-manufacturing process. According to Jai Uppal -- a consultant with All-India Distillers' Association (aida) on ethanol-blended petrol -- besides molasses, ethanol can be extracted directly from sugarcane juice, grains, sugar beet and even agricultural waste. However, "the government's sugar policy prohibits production of ethanol directly from sugarcane juice as only sugar can be made from it", he says.

India is the third largest sugar-producing country in the world with a 10-million-tonne sugar surplus. "If five per cent ethanol has to be blended into the entire petrol dispensed in the country, the total demand comes to 500 million litres. This can be easily met by using two per cent of the sugarcane produced, which works out to 6.4 million tonnes, for directly making ethanol," reasoned Uppal at Ethanol 2002 , a seminar organised by Winrock International India recently in the capital.

On the economics of the decision, so far the distilleries had been selling anhydrous ethanol to oil companies at a price higher than that of petrol. Consequently, oil companies refused to buy ethanol as it would have meant either incurring losses if petrol had to be sold at the same price or increasing the price of ethanol-blended petrol. But the Union government's move to reduce excise duty by 0.75 paise for every litre of ethanol-blended petrol sold has given a financial fillip to the production of this renewable fuel. "Due to the rebate, not only will the oil companies save on crude that needs to be imported, but they will also increase their profits," points out Uppal.

Yet another proactive step has been the customisation of loan schemes to set up infrastructure to produce anhydrous ethanol. Although India produces enough molasses to extract 2,200 million litres of ethanol, an additional set-up needs to be added to process ethanol to its anhydrous form. The cost of setting up this plant is at least Rs 1.5 crore to Rs 2 crore.

The Indian Renewable Energy Development Agency Limited (ireda), a government company, offers loans of up to 70 per cent of the total cost of setting up an anhydrous ethanol plant at an interest rate of 11.5 per cent per annum. Further subsidies are also given on interest rates depending on the robustness of the project. Financial institutions have also taken up the initiative. The Industrial Credit and Investment Corporation of India (icici) offers loans of over $ 225 million for various environment-friendly projects and has tied up with the World Bank, usaid and the Asian Development Bank.


Recent tests conducted at the emissions laboratory at the ioc r&d Centre highlight huge benefits from the use of ethanol-blended petrol, especially in the case of two-wheelers fitted with catalytic converters. "For one, it greatly enhances the life of the catalytic converter," says Malhotra (see graphs: Emission control). Apart from this, ethanol mixing also has an impact on carbon monoxide emissions in new as well as old cars.

On the contrary, mtbe is known to have adverse side effects:

• It is a major groundwater contaminant

• Studies have proved that it is highly carcinogenic

• Studies also show that it does not reduce carbon monoxide and ozone levels effectively.

In August 2000, when the Union government decided to make the use of mtbe mandatory in Delhi, environmentalists like the late Anil Agarwal, former chairperson of the Centre for Science and Environment (cse), lobbied hard with the Union ministry of environment and forests (mef) to stall any such move.

India should learn from international experiences, they chorused, especially those of the us where the Environmental Protection Agency (epa) had refused to grant a waiver for use of oxygenates to California. As a result, the state was forced to go in for ethanol in a big way. And although the deadline for the complete phase-out of mtbe from petrol has been extended to January 2003 (from December 2002), a jury in San Francisco recently arrived at the conclusion that petrol containing mtbe was a "defective product" and that two major oil companies in the us knew about it when they began marketing fuel containing mtbe. The us government and the Senate have, therefore, decided to ban this product.

India, it seems, has after all learnt some pertinent lessons. Better late than never.