The ups and downs of a science city

During the Raj, science flourished in Calcutta. But the city's fortunes changed drastically because of warped policies

The ups and downs of a science city 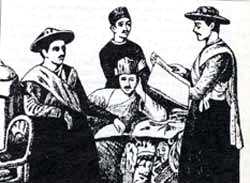 ON THE wetlands of Calcutta, along the Eastern Metropolitan Bypass, the foundations of a futuristic science park are being dug. To be built by the National Council of Science Museums at a cost of Rs 100 crore, the Science City will be sprawled over 12.5 ha and will contain gadgets and gizmos to both entertain and educate.

The choice of the city is appropriate. Calcutta can look back to a rich past of science activity and the reputation of once being a leading centre of scientific research. Science and city flourished together in the capital of the Raj, promoted by the British and by Bengal's bhadralok -- the enlightened elite.

Though it was Western education that Bengal's bhadralok supported, the hope was that it would instil a scientific temper and provide pointers to progress. Eminent zamindar Dwarkanath Tagore, the father of Rabindranath Tagore, wrote about cultivating flax plants, while Radhakanta Deb wrote about soils and manure. Calcutta also produced scientific journals such as Gleanings in Science and Journal of Natural History.


But there was more to Calcutta's scientific past than journals. One of the first research institutions in India was the Asiatic Society, founded in 1784 in Calcutta by orientalist William Jones. In 1817, the Hindu College was founded in the city by the social reformer Rammohun Roy and educationist David Hare, with generous grants from zamindars, to disseminate Western knowledge. This was later renamed Presidency College. However, the first British scientific institution established in Calcutta was the Trigonometric Society, set up in 1818. Then, in 1851, the Geological Society was founded.

Western science was also propagated by missionaries such as William Carey, who helped found the Serampore College in 1818. John Mack, a physical science teacher, delivered lectures on chemistry to an enraptured Calcutta elite. His discourses on Newtonian mechanics were possibly the first of its kind in the country.

Besides, a shortage of doctors prompted the British to introduce Western systems of medicine. In 1822, the School of Native Doctors was established, where anatomy, surgery, pharmacy and medicine were taught in Hindustani. Two superintendents, Peter Breton and John Tytler, also prepared a Hindi translation of London Pharmacopoeia, a standard textbook. The institution was, however, closed down in 1835 because of a change in policy that made English the medium of instruction.

Nevertheless, the need for chemists, hospital assistants, surveyors and mechanics to service the rapidly growing medical survey and public works department existed. This led the British to establish the Calcutta Medical College in that same year. The college broke with tradition on October 28 that year, when a human corpse was dissected by Madhusudan Gupta, an Ayurvedic physician, under the guidance of H H Goodeve. It is said that a 40-gun salute from the ramparts of Fort William marked the event.


However, the fervent hope of Bengal's bhadralok that colonial rule would usher in progress was soured by the mid-19th century, when the contradictions of colonialism became explicit. The years after the Mutiny of 1857 hardened British racist attitudes and among the Indians, rising unemployment and growing poverty created disillusionment. The growing realisation that self-help was the need of the hour led to the emergence of a distinct swadeshi ideology in Calcutta in the latter half of the 19th century.

This prompted Mahendralal Sircar, a medical graduate and a proponent of homoeopathy, to establish the Indian Association for the Cultivation of Science (IACS) in 1876. The institution aimed at generating popular interest in science and sought to develop scientific teaching at the collegiate level. Once again, it was Calcutta's elite who contributed money generously. Lectures in physics, chemistry, geology, physiology were given by eminent scientists such as Jagdish Chandra Bose, Ashutosh Mukherji and Pramatha Nath Bose, who worked gratis to promote the Association's movement. Chandrasekhar Venkata Raman began his career here.


The early part of the 20th century marked a renaissance of science in Calcutta. Between 1907 and 1917, Raman built up an active Calcutta school of physics and walked away with the Nobel Prize in 1930 for his discovery in light scattering called the Raman Effect. Meghnad Saha spelt out his theory of thermal ionisation in 1920 and in 1935 began the journal Science and Culture, which aired the views of scientists on the role of science in national planning. In the early '20s, Prasanta Chandra Mahalanobis set up the Statistical Laboratory and in 1924, Satyen Bose discovered a sub-atomic particle, which he called the boson.

The University College of Science and Technology, set up in 1904, promoted scientific research by establishing fellowships and scholarships exclusively for Indians. The government retaliated by withdrawing financial support but the fellowships continued because of the princely endowments of eminent citizens like Rashbehary Ghose, Tarak Nath Palit and Kumar Guruprasad Singh.

Despite such headway, Calcutta failed to maintain its status as a centre of scientific activity. The education system had not provided the necessary trained personnel. And, as the character of science changed, the city declined in importance and there was a flight of talent.

In 1933, Raman left IACS in a cloud of controversy. As president of the IACS, he had proposed a series of changes in the Association's constitution, which were opposed by its trustees, especially Shyama Prasad Mukherji, the son of Ashutosh Mukherji. Raman resigned and went to Bangalore.

Though Raman's departure did not lead to an exodus, the decline of scientific research in Calcutta nonetheless occurred due to other deep-seated reasons, says historian Deepak Kumar of the National Institute of Science Technology and Development Studies.

"In 1911, the British moved the capital to New Delhi. This led to a gradual slide in Calcutta's fortunes in terms of funding, leverage and prestige," says Kumar. "After Independence, the character of scientific research also changed. Applied scientific research implied instrumentation and infrastructure. Calcutta lacked both." According to Ashok Mitra, CPM member of parliament, "Today, research means money, which Calcutta lacks."


Some of the flak can, nevertheless, be directed at Nehruvian policies after 1947. Kumar says that science under the Nehruvian model became associated with the government. Both the Council for Scientific and Industrial Research and the national laboratories scheme were created so that the government could appropriate research. This led to the bureaucratisation of science and also a loss of individuality in research. Besides, both Homi Bhabha and Shanti Swaroop Bhatnagar were close to Nehru's line of thought and successfully lobbied for money and land for Bombay and Delhi, adds Kumar.

Saha failed to drum up enough support for Calcutta. He also had serious differences with Nehru about how research was to be conducted. Unlike Nehru, Saha believed that universities -- and not government bodies -- were the proper place for research. Saha strongly opposed the establishment of the Atomic Energy Commission in 1948 because he felt that a venture without an adequate base in nuclear science would hamper the development of nuclear research in the country. Says Kumar, "A superstructure was built on a relatively weak university system. Both education and research suffered." Even Raman criticised Nehru's plans, derisively calling them the "Nehru Bhatnagar Effect".

Adds Bibek Debroy of the Indian Institute of Foreign Trade, "In West Bengal, teaching standards declined appallingly. While the 1969 Naxalite movement did take away talent, the Left Front's educational policies did little to turn back the tide. Transferring teachers out of prestigious colleges to rural areas in the name of countering elitism led to a steady migration of teaching talent to other places."

Nonetheless, though Calcutta's research centres are in a sorry state, the urge to rebuild prevails. The brain drain of the '70s is over and perhaps the city awaits the return of the native.