Asthma is silently strangulating humankind, and controlling air pollution could be the most effective way of combating it 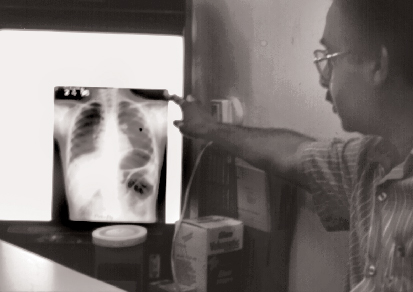 VEHICLES spewing forth noxious fumes are the bane of even the fittest amongst us, but for asthmatics, they are an open invitation to disaster. Recent reports from across the globe suggest that while cases of asthma are on the rise, individuals suffering from the ailment are keeping a watchful eye on air pollution, one of the principal factors which tend to aggravate the troublesome symptoms.

According to estimates, one in seven children is afflicted by asthma in the UK. In London, parents of asthmatics reacted angrily recently when a High Court ruling turned down their plea to ban traffic from a busy road during periods of high air pollution. In Australia and New Zealand, 15-20 per cent of school children are asthmatic. In the US, the Atlanta-based Centre for Disease Control and Prevention (CDC) says that asthma cases and deaths have soared at least 40 per cent since 1982; today, five per cent of the total population, or over 10 million people, are suffering from it.

All in the air?
The symptoms of asthma — a chronic disease — are shortness of breath, wheezing and coughing. The disease results from the muscular contraction of the bronchi and swelling of the bronchial mucosa and is triggered off by substances such as pollen, cigarette smoke or smog. The best defence is an inhaler that contains drugs to relieve the narrowing of the bronchi and inhibit the mucous glands. However, occasionally an asthma sufferer may experience a fatal drug-resistant attack. The high incidence of air pollution engenders an increased severity of the disease. “Though it is very doubtful that normal people get asthma because of air pollution, it can be said with certainty that the severity of asthma is increasing due to air pollution,” says S K Chabra, senior lecturer and chest specialist at the Delhi-based Patel Chest Institute.

A similar view is taken by S N Gaur, reader and head of the department of clinical research at the same institute, who says: “We are seeing more chronic and complicated cases such as patients with lung ruptures, fibrosis and pneumonias because of pollution, especially traffic pollution. Those asthmatics who could have had a normal life cannot have one, because some part of their lung has suffered irreversible damage owing to repeated attacks and local tissue damage by pollution which is not reversible to the extent that it was before.” Air pollution is often regarded as a hidden enemy because it may take years before the damage done to the lungs becomes apparent. But the dangers are all-pervasive. “Air pollution is an increase in the quantity of chemicals and gases in the air beyond permitted levels.

The common harmful substances are ozone, sulphur dioxide, acid sulphates, oxides of nitrogen, suspended particulate matter and lead,” says Chabra. Of these, the major gaseous pollutants are sulphur dioxide, nitrogen dioxide and ozone, generated by thermal power stations, by the burning of natural gas in homes and industries and by motor vehicles. Tests conducted on asthmatic volunteers in the UK show that breathing in any of these air pollutants causes a rapid narrowing of the lung airways and brings on asthmatic attacks. It is small wonder then that medical costs of treating asthma are on the upswing. In UK, health costs amount to over US $1.55 billion a year, according to the national asthma campaign.

Standard truths
Medical circles are concerned that permissible worldwide standards for major pollutants may be too high. It is a paradoxical situation. Animal studies do show that air pollution is responsible for asthma. But despite bringing pollutants down below permissible levels, asthma is still increasing in the West. Chabra points out that this raises the question whether the West has been too liberal with permissible levels of gases and chemicals.

This contention is borne out by several studies. In the case of ozone, the World Health Organization’s (WHO) air quality guidelines indicate that effects on human health, such as pulmonary function changes and increased respiratory symptoms, can be expected in exercising patients at one- October 15, 1996 Down To Earth 22 SPECIAL REPORT The wheeze squeeze Asthma is silently strangulating humankind, and controlling air pollution could be the most effective way of combating it S K Chabra examines an X-ray in his laboratory; according to him, air pollution is responsible for increasing asthma severity AMIT SHANKER / CSE hour average concentrations exceeding 160-200 micrograms per cubic metre (mpcm); the current US environmental protection agency standard is 240 mpcm. Similar questions of appropriate standards hover over particulate pollution. A WHO panel drawn from 11 countries says there “may be large” health implications from particles known as PM10s (having a diameter of less than 10 micrometres).

To prove its point, the panel revealed that a threeday episode (in UK) with PM10 concentrations at 50 mpcm sends many asthmatics diving for cover; in a sample of one million people, 1,400 needed their asthma inhalers. Such a situation can rise more frequently than imagined, since in most British cities, levels of PM10s rise above 50 mpcm on up to 40 days a year. The British government is now expected to recommend that people should not be exposed to over 50 mpcm of PM10s. However, the WHO says that exposure at this level over three days in Greater London would force 9,400 asthmatics to reach for their inhalers, send 40 more than the usual number to hospital with respiratory problems and kill an extra 27. “The government will have to make a political decision about how many people it allows to choke or croak,” says Tim Brown from the National Society for Clean Air. A similar decision will have to be made by the European Commission’s technical working group on particles. According to inside sources, says a New Scientist article, it is examining a PM10 limit between 30 and 100 mpcm. The WHO report, meanwhile, though it recommends new European safety standards, maintains a silence on a safe limit for PM10s “because there is no evident threshold for effects on morbidity and mortality”.

A view expressed by the British department of health’s committee on the medical effects of air pollutants says: “The most effective means of ensuring a reduction in the adverse health effects of particulate pollution on the population is by a progressive lowering of the average concentrations of particles in our cities throughout the year, rather than simply by action aimed at limiting the number of peak concentrations exceeding 50 micrograms per cubic metre.” Persisting doubts Though there is a consensus in medical circles about the links between air pollution and the increased severity of asthma, there are many other factors that predispose people to develop this condition.

Among these are genetic predisposition, smoking and socioeconomic and nutritional status. Poverty is also often cited as a reason, but it is not clear how far the two are linked. All that experts are willing to concede is that unclean living conditions and poor access to health care may be determining factors. There are other well-known asthmatriggering substances. Says J S Pasricha, professor of dermatology at the New Delhi-based All India Institute of Medical Sciences: “The most common agents which can cause allergies and lead to asthmatic attacks are dust mites and pollen which enter the body through the breathing process. Animal hairs can also cause allergic reactions.”

However, medical specialists the world over are still grappling with the exact causes for the increased incidence of asthma. “That’s a source of lots of investigation,” says David Mannino, a CDC researcher. The threats to the lungs from poor quality air goes back a long way in time. Forest fires and volcanoes, for example, have long generated toxic gases and dust. In the West, humanmade contamination of community air had its origins in the 14th century with the switch-over from wood to coal as a source of energy. Though the substitution of petroleum products for coal in many regions reduced the menace of coal smoke, petrol-run vehicles generated a new kind of concern as they discharged noxious gases which the population had no escape from. One of the worst pollution disasters occurred in London in 1952 when a dense fog shrouded the city for four days, resulting in more than 4,000 deaths. Bronchitis was the largest single contributor to the rise in death rate.

In response to the massive public outcry that followed, the Clean Air Act of 1957 was implemented. Air quality subsequently showed such a marked improvement that the clean air council was abolished in 1979, the medical research council’s air pollution unit was closed a year later, and the monitoring network was largely disbanded. Today, there is less room for complacency about air quality the world over. In order to turn the clock back on the onset of slow-growing, insidious respiratory diseases such as asthma, policy makers have little choice but to try and chalk out more rational transport policies that include ensuring a minimum amount of vehicular pollution, improved and cheaper public transport and a promotion of alternatives like walking and cycling. In the long run, the ball is squarely in the courts of both individuals and national governments. If the choice is between asthma and cleaner air, the answer is obvious. Ã”Ã»Ã¡
Print edition Print edition Special Report Special Report India Asthma Asthma Air Pollution
Donate Now