Transforming a Karachi slum into a tidy suburb

The success of various programmes initiated under a pilot project in Orangi, a Karachi slum, has inspired its leader to predict the squatter colony would become a thriving section of the city in a few years.

Transforming a Karachi slum into a tidy suburb 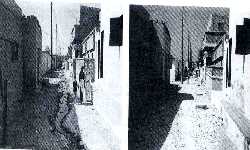 Katchi abadis (illegal squatter colonies) are a common feature in Pakistan's rapidly expanding cities. Karachi alone has 362 such colonies, housing more than 3 million people -- about 40 per cent of the city's population. These settlements have sprung up since the 1970s as a result of immigration from rural Pakistan and from Bangladesh and India. Government indifference has spawned a dynamic "informal sector" wherein illegal speculators offer land and rudimentary facilities at affordable prices, while authorities turn a blind eye in return for a financial or political favour.

Orangi is Karachi's biggest katchi abadi. Spread over 3,240 ha in the west of the city, its 800,000 population is larger than that of Oslo or Edinburgh. In 1980, at the request of Aga Hasan Abidi, founder president of Bank of Credit and Commerce International (BCCI), social scientist Akhtar Hameed Khan inspected Orangi to assess the residents' problems. Sanitation was identified as their biggest worry, hardly surprising considering that Orangi's lanes were full of excreta and waste water emptied from bucket latrines -- the only sanitation of many homes. Seepage from the crude soak pits of the latrines of the more affluent added to the pollution. Khan decided to organise the people so as to improve their surroundings and this led to the birth of Orangi Pilot Project (OPP).

Orangi residents were willing to pay out Rs 25,000 each to build a home, but they were reluctant to spend on sanitation, considering this a service that the local authorities would provide. Khan said this "psychological barrier" was only one of many that had to be overcome to start OPP's sanitation programme. Another was an economic barrier, because the conventional latrines and underground sewers that official agencies would build would cost Rs 6,000 per household -- which was beyond the reach of the vast majority of Orangi residents. Constructing sewers presented a third obstacle because it required skills that house-builders did not have. And, a final problem was building mutual trust and ending anti-social behaviour among Orangi's volatile mix of people from different sub-cultures.

OPP's plan to motivate and organise the residents of Orangi stressed "research and extension" -- a method whereby problems and solutions were presented after studies were made. OPP investigation showed the cost of official sector services was four times costlier because of profiteering, corruption, inefficiency and inappropriate design. OPP volunteers stressed the need for each lane in Orangi to set up its own organisation so that so-called lane managers would handle the technical data collected from OPP surveys, plans and estimates, raise financing, call meetings and arrange for the work to be carried out. OPP ensured it would avoid charges of corruption by not handling or managing any of the finances.

Initially, UN experts were opposed to making the lane the unit of planning and construction, arguing a coordinated strategy was required to build sewers. But a master plan was out of the question because OPP could influence only lane organisations. Nonetheless, by the end of 1991, the figures showed 73 per cent of Orangi's 6,347 lanes had sewer lines and 75 per cent of the 94,122 houses had indoor sanitary latrines. In those parts of Orangi, where the OPP programme was operating -- until 1990, it was restricted to only half the township -- these figures were 92 per cent and 94 per cent, respectively.

Without resting on its laurels, OPP moved on to improving the state of housing, health, family planning, employment and education in Orangi. In 1986, when OPP began work in housing, more than 94,000 houses existed in Orangi, mostly ramshackle ones built without help from the official agencies by semi-skilled workers. OPP brought in professional engineers and architects to improve housing conditions by training masons and designing machinery to manufacture concrete blocks and roofing tiles. OPP reckons in the first 4 years of the programme, over 5.5 million of the new blocks were sold, 70 per cent of these to customers outside Orangi.


Stung by criticism in that OPP had ignored the improving of personal hygiene and health habits of Orangi residents, OPP volunteers worked to break social and cultural barriers that segregated women and perpetuated ignorance about preventable diseases such as diarrhoea, dysentery, polio and typhoid. When attempts to get Orangi women to go to clinics failed, OPP switched to taking health information and services to the lanes. Mobile training teams made home visits to proffer health information, including distributing contraceptives. The current low infant mortality in Orangi, compared to that in other colonies, is evidence of the programme's success.

The OPP also helped seamstresses of Orangi who were underpaid and often subject to physical harassment by middlemen. OPP set up Women's Work Centres (WWCs) in Orangi homes to help the seamstresses by offering them training and management of business aspects previously handled by contractors. The WWCs, entirely self-supporting now, have played a key role in raising their annual wages since and in the economy of Orangi.

Inspired by the success of the WWCs, OPP secured grants from commercial banks so it could extend credit to Orangi enterprises ranging from bakeries to video shops. Credit was granted without collateral, but a recovery rates of 92 per cent in the first year and 98 per cent in the second year justified OPP's selection criteria and careful monitoring.

Like housing and some other services, education in Orangi was provided mainly by the informal sector, as the government ran only 11 per cent of the 585 schools for low-income families. With support from the Aga Khan Foundation, OPP upgraded academic standards and facilities of the private schools. This has resulted in encouraging education in Orangi and the fact that 45 per cent of the pupils are girls reflects the high priority residents attach to female education.

OPP undertook a tree-planting and nursery programme in 1988 with initial technical support from IUCN (World Conservation Union) and is confident that Orangi will become a green suburb of Karachi by the end of the decade.

Students of architecture and planning, who had been involved in community work in Orangi, were instrumental in setting up the Urban Resource Centre (URC) to improve urban planning, to implement programmes and to inform communities of their rights to better services. Presently, URC has joined other human rights workers in investigating the increasing number of evictions from government land, even though the squatters often stay in officially "notified" areas. Recently, URC objections led to the postponement of the building of a US $200 million expressway through the centre of Karachi that threatens the homes of 100,000 people. This may be the first time a Pakistani NGO succeeded in getting state decisions changed.

After more than a decade, OPP no longer needs to play a role in mobilising the people of Orangi, because they have become self-reliant. And, its many successes has drawn the attention of the Pakistani government, says architect Perveen Rahman, who is a member of the URC governing body. Karachi's mayor has visited the OPP office and also appointed it the city's advisor on a major, nine-year project on road and sanitation, funded by the Asian Development Bank (ADB). OPP was able to persuade ADB to reframe the project to allow local residents to implement much of the small-scale work, such as constructing latrines and sewer lines. OPP accepts consultancy fees, but Rahman pointed out OPP consultancy is conditional on projects being implemented "on our terms."

Not everything is rosy in Orangi. The emergence of leaders among Orangi activists is seen by some municipal councillors and religious fundamentalists as a threat to their authority and influence. And, engineering firms, consultants and contractors who had profited through overcharging on government contracts, fear their days are numbered.

Khan says these vested interests are behind determined attempts by a group of religious leaders to discredit him by alleging he committed blasphemy in a children's story book that Khan published recently.

If OPP's story has not been successfully replicated elsewhere, it is not for lack of trying. An effort was made in Karachi's Masoom Shah Colony, a katchi abadi of 120 houses. OPP provided tools, technical assistance and training whereas the residents raised the financing for a project involving the laying of a 165-m main drain to which the households latrines were connected. Although the project was very small in comparison to OPP's work in Orangi, the Masoom Shah experience convinced OPP leaders of the danger of spreading themselves too thin. As a result, in other projects elsewhere, the OPP has acted more as a consultant and in helping to train activists and craftspeople from other katchi abadis. The result is that its work now is more extension than replication.

Khan does not entirely dismiss the concept that it is his singular personality, vision and energy that have made OPP what it is -- and these qualities are not replicable.