Saboteur-in-chief. Is responsible for making procedures. Has botched them up, discouraging those keen on CNG 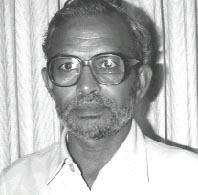 The Union ministry of surface transport (most) frames vehicular emission norms and notifies certification procedures for vehicles, as per the Central Motors Vehicles Act (cmva). The emission norms for converted cng buses were notified on February 9, 2000, more than one and half years after the sc order of July 28, 1998. That, too, after a great deal of hesitation. The ministry didn't set a deadline for itself to notify testing and certifying procedures for converted cng buses -- its primary responsibility. It should have been ready with the rules and regulations immediately after the order, especially because cng as an automotive fuel has been an option since 1994 under the cmva . Yet most did nothing to notify the procedures for safety testing, roadworthiness and certification for the past five years. The minister in charge when the process for drafting norms was to begin was Rajnath Singh, now the chief minister of Uttar Pradesh. The minister in charge now of most is B C Khanduri.

On February 22, 2000, Ashoke Joshi, secretary to most , wrote to the Environment Pollution (Protection and Control) Authority (epca), constituted to monitor the sc order's implementation and advise the court, saying that cng was too expensive an option. He argued in favour of improved diesel buses: "The majority of members present in the meeting (also attended by dtc representatives) were of the view that more economical and efficient route is to adopt emission norms akin to Euro ii for heavy vehicles." This comment shows that the Supreme Court order meant nothing for Joshi.

After complaints from the Delhi government and prodding by epca , most relented into a slow trot. But the process was already on the way to get derailed. The problem first surfaced when Rare Technologies, a Delhi-based company, converted two pre-1991 buses of the Delhi Transport Corporation (dtc) in April 1999. The company was required to get these tested by the Indian Institute of Petroleum (iip) in Dehradun. iip tested the bus for only emissions but it could not certify those emissions as most had not spelt out the emission norms for converted buses. " most has not yet notified the emission norms and certification procedures," iip informed the Delhi transport minister, Parvez Hashmi. The epca took matters in its hands in July 1999. It held a series of meetings with all the stakeholders. Those who attended included the representatives of the Gas Authority of India Ltd (gail), State Transport Authority (sta), dtc , most , iip and Rare Technologies. It was clear that most was responsible for preventing the implementation of the order. The ministry's response -- or the lack of it -- for the next five months only shows that it just doesn't want to work.


Rare Technologies alleges that when taken to task, most sent a backdated letter to prove that it had already informed the testing agencies about provisional certification. Another letter from most , dated August 12, 1999, followed. This letter -- again suspected to be backdated -- gave provisional emission norms for certification. Key people in several government agencies confirmed to Down To Earth that these provisional norms were issued only in September. The ministry held a meeting with all stakeholders on September 2, 1999, as there were "certain points [in the iip emission test report] on which detailed clarifications are necessary both from the converting company [Rare Technologies] as also the test agency." K R Bhati, additional secretary to most , again opened the issue of provisional certification, already discussed with the epca in a meeting on August 24. Bhati is reported to have said in the meeting that there is no provision for a preliminary or provisional certification in the rules set by cmva and no such permission can be given. most had even advised the Delhi government to file an affidavit in sc for extension of the deadline.

iip had earlier agreed to conduct type approval tests on the converted buses. Now, it revealed that other tests, such as those for ensuring safety, had not been conducted and that the institute did not have the infrastructure to do so. It also pointed out some safety concerns. In a meeting held on September 8, 1999, epca gave most and the testing agencies one week to issue the regulations. The ministry refused to commit to any time limit. epca sensed a clear lack of commitment among the concerned agencies. most couldn't absolve itself of the responsibility of laying down rules for fitness certification, the authority's report stresses.

By September 1999 epca concluded that there were no procedures to give type approval to buses converted to cng . To speed up the process, epca proposed testing of only one model bus for certification of the conversion technology and kit. It suggested that testing agencies define a procedure by which dtc itself could test and certify the vehicles. The report asks most to define the procedure and work alongside the Delhi government to meet the deadline. All that Bhati of most has done is to argue consistently that cng is not viable.

The most committee that was drawing out rules and regulations for certifying cng buses held a meeting on September 22, 1999. The meeting was called by the Automotive Research Association of India (arai), a technical body responsible for testing vehicles according to rules issued by most . Balraj Bhanot, director of arai , had been chairing the most committee. The fact that it took five months for the committee to notify the norms says a lot about his willingness to implement the sc order (see chart: MOST: incompetence is the only norm).


Several delays and excuses later, most finally notified certification rules and regulations in February 2000. These merely specify that the bus should meet the emission norms of the year of its manufacture. In July 2000, most further elaborated on its February notification. It stated that agencies like the Indian Institute of Petroleum and arai could certify only 25 cng converted buses and that the companies involved in conversion of in-use vehicles to cng would have to bring back one vehicle after it has it has run 25,000 km for a type approval certificate. This would allow the companies to undertake unlimited cng conversions. The companies protested that this process would take more than eight months, meaning that there would be no way to meet the Supreme Court deadline. In December 2000, most agreed to do away with the condition for certification of converted vehicles only after completing 25,000 km. By this time, only three months remained to meet the deadline.

As if that wasn't enough, all the tests needed for certification are not available in any one laboratory. Companies like Rare Technologies find that tests for emissions and smoke are conducted at iip , Dehradun, while other tests like electro-magnetic interference and gradeability (testing the vehicle's ability to climb) can be conducted only at the Vehicle Research and Development Establishment (vrde), Ahmednagar or arai , Pune, both in Maharashtra.