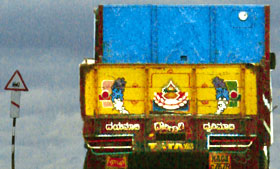 The conference of parties to the un climate convention in Nairobi went along predictable lines. In the 12 years of the convention, political rhetoric may not have changed much -- the us and its cronies continue to shun accountability, the eu goes on playing its nefarious game of politically correct non-action, and developing countries continue fighting over peanuts, getting divided into ever smaller groups.

But the status quo is not as pervasive as made out to be. Climate behaviour, for instance, has gotten increasingly unpredictable in these 12 years. The most obvious manifestation of this is the increase in the average atmospheric temperature -- earlier, it was believed that only the maximum temperatures are increasing, but now even the minimum temperatures have recorded increases across the world.In India, average surface temperature has risen by half a degree Celsius in the past 105 years, says the India Metrological Department. Natural calamities are becoming more frequent. Most climate scientists agree on the term 'global warming'.

What is not agreed upon is the cause of these changes. Are these due to natural processes? Or because of increasing concentrations of greenhouse gases, mainly carbon dioxide from industrial growth? This is one of the -- if not the most -- crucial questions facing humankind. The answers depend on our scientific understanding of the complexities of climate behaviour. A notoriously nebulous discipline, there are too many variables in climate science. Hence the margins of error are uncommonly large.

But is it impossible to know whether the climate changes happening in India and the rest of the world are a result of the greenhouse effect? Or is this only the the result of overheated imaginings of doomsday-mongers? Down To Earth grapples with the known and the unknown of climate science in India.

Next (Climate change a market failure)>>