GM crops have been introduced into India. But the country lacks a comprehensive policy to regulate them 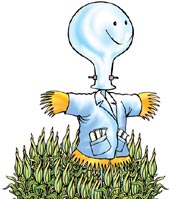 Like most developing countries dabbling with biotech, India does not have a clear policy on GM crops, though there are some guidelines and regulations. It was in 1982 that the National Biotechnology Board was created. In 1986, this became the department of biotechnology (DBT) under the ministry of science and technology (S&T). A total of six centres for plant molecular biology were set up in 1990, with a seventh coming up in 1997. In the absence of a separate policy, India's biotech effort is driven by the overall S&T approach. The Scientific Policy Resolution of 1958, drafted five years after the discovery of the DNA structure, makes no mention of 'biotechnology' and the Technology Policy Statement of 1983 mentions it once. In 2001, DBT released Biotechnology -- A Vision: Ten Year Perspective. This 26-page document has two pages dedicated to ag-biotech, couched in ideals entirely lofty. It mentions "a biotechnology based, environmentally sound and sustainable societal development and a bioindustrial revolution". In January this year, the prime minister announced the Science & Technology policy, 2003 that mentions biotechnology for a large total of three times.

While delivering the inaugural address at the "International Summit on Knowledge Millennium-III: The Business of Biotechnology" on March 22, 2003, the scientist-President of India, A P J Abdul Kalam, said: "This summit can suggest a framework to evolve a national biotechnology policy by giving an integrated focus on bio-research, development, production and marketing". While the Union government has no special biotech policy, several states -- including Tamil Nadu, Karnataka, Maharashtra and Andhra Pradesh -- have declared their biotech policies (see box: With or without the Centre). On July 28, 2003, the Union ministry of agriculture constituted the Task Force on Applications of Agricultural Biotechnology chaired by eminent agriculture scientist M S Swaminathan. It has to "formulate a draft long-term policy on agro-biotechnology" and "promote public awareness" on ag-bio, among other things.


DBT's vision document mentions that on crops, the major thrust areas are higher productivity, enhanced nutritional status, value addition to crops as therapeutics, and stability against stresses. In the absence of a policy, there is no single list of the priorities of ag-bio in India. The secretary to the DBT told Down To Earth that the priorities are (in order of importance):

• Biotic stresses (such as plant diseases and pest attacks)

• Abiotic stresses (such as soil acidity or alkalinity, nutrient imbalances, floods and drought)

Most of the research happening in the public sector -- and the private sector also, to a large extent -- adheres to this set of priorities. In March 2002, the first GM crop for commercial cultivation in India was released: three varieties of the pest-resistant Bt cotton of Monsanto and its Indian partner Maharashtra Hybrid Seed Company (MAHYCO). (Bt cotton has genetic material from the the bacterium Bacillus thuringiensis, which gives it inherent resistance to the American bollworm, the most dangerous pest of cotton.) Several reports, including one by the government of Andhra Pradesh, have now shown that the Bt cotton of Monsanto-MAHYCO have failed to produce desired results. Now, Monsanto has begun efforts to introduce its herbicide-resistant maize, which is a not a priority for a developing country such as India. In smaller farms of developing countries with sustenance agriculture, weeds are not as big a problem as they are in the large farms of the industrialised world. In fact, weeds provide employment to people and in some cases, being nutritious, are eaten.

One very worrying trend in GM crop research in India is that a substantial proportion of it is focussed on genetic material from just one source, Bt, which is patented and covered under intellectual property rights. Furthermore, over-dependence on just one pesticidal gene might accelerate the development of resistance in pests. DBT is quite conscious of this, and is promoting discoveries of novel gene sequences.


Yes. The release of GM comes under the Environment (Protection) Act of 1986. The rules and regulations for GMs were notified in 1989 (see box: Small measures).