Uproar over a burning issue

With rising awareness regarding the hazards of incinerating waste, a lot of proposals for incinerators have been ruled out in the West and the search for a viable alternative is on

Uproar over a burning issue 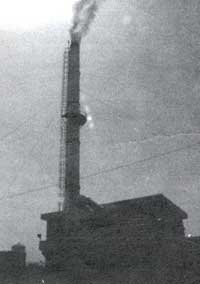 IRE is mounting globally against a technology that has existed for more than a 100 years now. Although it is not in good taste to get up one fine morning and start protesting about what has been going on for ages, it is certainly rational if done to ensure good health and better environment. Incineration is an industrial combustion process designed to reduce unwanted materials to simple solid and gaseous residues. Unwanted materials can range from solid municipal refuse to highly toxic liquid and solid chemical residues.

Though in vogue for long it has now been blamed for its devastating side-effects, including releasing of a cocktail of pollutants into the atmosphere. Emissions include particulate matter, heavy metals, acid gases, oxides of nitrogen and products of incomplete combustion, including chlorinated organic compounds (dioxins, furans, 61orobenzenes, chlorophenols, etc). Incinerators are of three types: municipal waste, hazardous (industrial) waste, and medical waste incinerators. The design of the incinerator also influences the rate of particulate loading in the flue gases. Other factors influencing the emissions include the incinerator size, grate type, and the combustion chamber design. Large incinerator units seem to have slightly higher emission rates.

Its potential hazards have been recognised since many years, and there is a large body of knowledge in the West that has initiated a mass movement against incinerators. Heavy metals like arsenic, cadmium, chromium, mercury, lead and nickel which have toxic effects are all released during combustion. Acid gases like hydrogen chloride and sulphur dioxide are formed during combustion, when certain elements in garbage come in contact with oxygen or hydrogen, and are released into the atmosphere. Oxides of nitrogen are formed during garbage incineration by the combination of nitrogen from the wastes and oxygen from the atmosphere.

The ash which is left after combustion also contains a lot of toxic elements. Ash is of two types. Bottom ash, which contains non-combustible and incompletely burned solid matter, and is generally dumped in nearby land, and fly ash, which comes out of the incinerator during burning and escapes into the atmosphere.

In many countries in Europe and in the us, incinerator proposals are facing delays and public opposition. Opposition to commercial or merchant sector facilities in the last two decades has grown. As a result of this, plans for new plants do not get approvals or may face great delays in many countries. Examples are the problems faced in Spain and Australia for their proposals to handle wastes. The '70s saw a rapid growth in the concern over incineration as a publt'c health risk. This was as a result of & identification of chlorinated dibenzo-p -dioxins and dibenzofurans in municipal solid waste (msw) incinerat 0@r emissions which coincided with the release of 2,3,7,8-TCDD (Tetrachlorodibenzo-p-dioxin) and subsequent environmental contamination in a chemical accident at Seveso in Italy.
The pollution that results from incinerators is to a large extent dependent on the type of waste that is put into it. This in turn reflects the consumption and production patterns of the society as a whole. For instance, plastic convenience packaging content may be seen as indicative of societal trends. Twice as much plastic (five per cent by weights of total waste) is found in Italian and us' msw than that in UK's MSW.

The advantage incinerators have is that they reduce the bulk of the waste and the remainder can sometimes be used as fuel. Incinerators reduce upto 90 per cent in volume and 70 per cent in weight of wastes, specially bulky solids with a high combustible content. Destruction of some wastes and detoxification of others renders them more suitable for final disposal as in the case of combustible carcinogens, pathologically contaminated materials, toxic organic compounds, or biologically active materials that could affect sewage treatment works. It also destroys the organic component of biodegradable waste which when direct - ly laridfilled generates landfill gas (LFG).

Incineration development has been influenced by many factors like concerns over direct landfill of clinical wastes, identification of problem wastes for which incineration represents the only commercially available method of disposal and the recognition of energy generation potential from wastes having the capacity for adverse environmental impact, if inappropriately disposed.

Incinerators are generally favoured in communities offering the least political resistance. As a result, these facilities are overwhelmingly found in areas where the population is poor, elderly and rural. In the US, more than half of the nation's existing and proposed commercial hazardous waste burning facilities are located in rural communities near agricultural lands.


Emerging evidence shows that these hazardous waste incinerators contaminate the food chain and pose health threats to the consumers who eat food grown near incinerators. That the incinerators' emissions have a negative effect on the crops is not well documented and statistically researched, but is, nevertheless, a fact proved by field studies and experimental tests.

One of the many problems with incinerators is mercury, a large part of which is pushed out into the atmosphere. Where there is an efficient battery collection system in place (as is the case with a Swiss MSW incinerator), the mercury levels in the feedstock have been found to be considerably lower. Waste incineration is responsible for the emission of some 20 tonnes of mercury into the atmosphere per year in Germany. The behaviour of mercury is, however, the least understood. One method to minimise mercury emissions is by changing the temperature in key components of the plant, though this is likely to cause problems with other emissions.

In India, as in other countries, there are no laws governing the disposal of ash from incinerators. If this metal-contaminated ash (specially in the case of industrial indnerators) is disposed off in landfills, it can result in metal mobilisation que to leaching. This problem occurs particularly when incinerator ash is disposed off with other wastes, Similarly, disposing off the ash from MSW and hospital waste incinerators is a problem, This ash lands up in landfills and creates an acidic environment.

Hazardous waste incinerators are supposed to be different from ordinary MSW incinerators. Surprisingly, however, hazardous industrial wastes are routinely incinerated in facilities that are not designed for that purpose. The problem components of hazardous waste that is incinerated are chlorinated solvents, PVC, pesticides and pharmaceuticals.

Water pollution from incinerators is not generally regarded as an important problem because of the limited amount of waste water generated. However, waste water from municipal waste incinerator plants is contaminateq with heavy metals and inorganic salts.

According to an US Environmental Protection Agency report, "dioxins are one of the most toxic chemicals known and exposure to one molecule can be harmful... Incinerators are the largest producers of dioxins". There are more than 210 molecular variations of chlorinated dioxins and furans in effluents of incinerators. Interestingly, concentrations of dioxins from the same incinerator tested at different times can vary up to 15 fold. One of the effects of exposure to dioxins is infertility. It is also known to cause birth defects and cancer and it also effects agriculture. For example, milk from cows grazing near a municipal incinerator in Switzerland contained dioxin concentrations upto ten times those found in milk from other cows. In terms of agricultural effects, lead has a permanent effect on soil contamination. Humans have secondary exposure to dioxins via milk and eggs. A recent British study showed marked concentration of larynx cancer cases among adults in a community within two-and-a-half km from a ctomriiercial waste incinerator.

This awareness about the environmental devastation caused by incinerators is spreading fast in the West, and finding more and more eager ears and attempts are being made to search for alternatives. This anti-incineration movement has led to several international bans. For instance, in 1985, the government of Sweden implemented a two year moratorium on the construction of all new incinerators. In May 1992, the company, Chemical Waste Management, tried unsuccessfully to persuade communities in Mexico to accept proposals for hazardous waste incinerators. These proposals were met with local opposition. In March 1995, an ecological group in Chihuahua, Mexico, protested against a proposal to build a municipal waste-to-energy incinerator, promoted by a Canadian Company -Alberta Special Waste Management.

In the us, since 1985, two hundred and eighty incinerator proposals have been struck down. Despite this, the us still has twice the hazardous waste incineration capacity than what is good for it. There is a five-year moratorium on waste incineration in Berkley, California. Waste incineration has been banned within city borders by the Philadelphia city council. There was a law suit against the internal revenue service for allowing the use of tax exempt bonds for mass burn incinerator plants in Vermont, us. All the above sited examples are evidence to the fact that there is definitely ananti-incineration movement in the Organization for Economic Cooperation and Development countries. It is time cue thought out whether we should buy from the West what they do not want in their own land.