How to resolve Karnataka water crisis

At the peak of Karnataka’s water crisis, the state’s deputy chief minister, G Parameshwara, made a desperate suggestion. He said the government was mulling over a moratorium on the construction of new residential complexes in Bengaluru for five years to tide over the water crisis. Experts debate on whether restrictions on construction or population are an effective way to resolve the problem? Or are there simpler ways to strengthen water conservation?

A view of the Krishnarajsagar dam at the Cauvery river in Karnataka. Photo: Getty Images 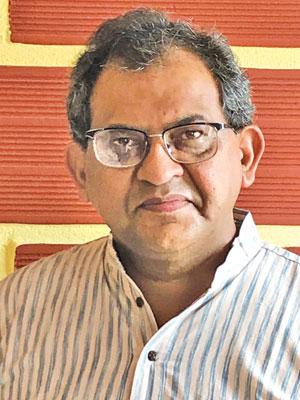 “Imageries of Bengaluru’s future are in conflict”

Massive apartment blocks have sprung up all across Bengaluru, especially in periurban areas, and particularly in the IT belt straddling across the eastern and southern extents of the metropolis. Much of this region does not get piped water from the Cauvery and so residents and commercial complexes depend on groundwater, which, over the past two decades, has seen rapid depletion.

To milk this perpetual demand, the unregulated tanker suppliers extract water from distant villages and supply it to the city. The carbon, financial and social footprints of this demand-supply phenomenon are unfathomable.

The adverse impacts are extensively evident in the emergence of fallow agricultural fields around the city, as farmers prefer to sell water instead of farming. High labour costs and lack of labour in any case have made farming highly unviable.

Encroachment, contamination and destruction of lakes and canals in recent decades, and the extensive concretisation of the city, have fundamentally reduced the potential of groundwater recharge.

As a result, even a small burst of rain—precious water that should have percolated into groundwater aquifers—floods the city. This is when groundwater dependence is growing exponentially.

There is also talk of diverting water from the faraway Yettinahole, Sharavathi, Netravathi and other Western Ghats rivers. People here have clearly stated that they will fight any diversion of water.

When the Karnataka government proposed to build a dam at Mekedatu, where the Cauvery dives into an amazing gorge and creates a complex riverine forest, downstream Tamil Nadu lodged its protest with the Prime Minister. So expanding Bengaluru finds itself between a rock and a very hard place.

Meanwhile, various planning and development agencies have promoted densification of urban areas through a transport corridor and expansion of the city’s north beyond the airport. This is to create an Information Technology Investment Region and the Aerospace SEZ.

This will effectively urbanise the watershed of the Arkavathy river, that once fed the city. Now the river is mostly dry.

Clearly, the imageries of Bengaluru’s future are in conflict. The highly financialised real estate and commercial sectors see no end for the city’s growth and expansion, and argue this is good for the regional economy and in creating a “world class” city. But then there is the environmental limit imposed by water, and this scarcity will intensify existing water conflicts.

With upstream farmers conditioned to intense (and quite wasteful) water use to grow sugarcane and paddy—much of which is exported—people have begun to contest this as export of “virtual water” and denial of drinking water.

Such acute water stresses have been emerging for a while. And this should have compelled civic and state agencies to force rainwater harvesting for all houses, businesses, industries and corporate and public institutions. Despite a compulsory rainwater harvesting law being in place for over a decade, the fact remains that only about 150,000 buildings are rainwater proofed—a fraction of over 2 million buildings in the city.

And as the Karnataka High Court recently observed, the state government and civic agencies seem to have done nothing at all to implement the directions of a 2012 petition initiated by the Environment Support Group. These guidelines have recommended that all lakes and their canal networks should be rehabilitated so that surface water flows are harvested and secured to supply water for the metropolis.

Real estate and infrastructure is primed to receive a massive boost from foreign direct investment through policies introduced in the 2019 Union Budget. Such centralised interventions, promoted with an ambition of a $5 trillion economy, appear to have little understanding of the ground realities, especially the implications for cities like Bengaluru, which have already over-stepped their environmental boundaries.

For Parameshwara to wish to restrict Bengaluru’s growth, at least for a brief period, he needs to contend with capital flows into real estate and aspirations of high returns on investments that operate agnostic to environmental and social realities. 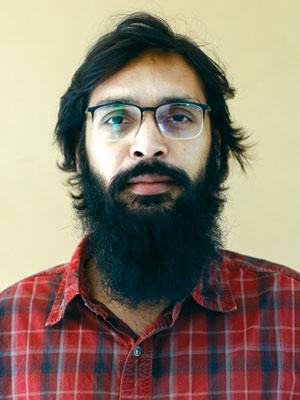 “It is a myopic reaction”

Banning construction and restricting urbanisation is a myopic reaction to increasing water stress in the country. The crux of the problem is not consumption of water. Most Indians (urban or rural) are prudent about water usage as they don’t get enough.

It is the criminal wastage of water and pathetic management of wastewater due to poor planning and design of city and its infrastructure that has caused the shortage.

Delhi reportedly loses as much as 40 per cent of the city’s water input, mostly due to old and leaking pipes, as compared to the international best practice of less than 10 per cent.

It must be noted that most cities have norms that do not allow “water for construction purposes” to be sourced from municipal supplies. Water for construction, even for large housing complexes, is almost entirely groundwater, whether such projects are located within the municipal water supply network or outside it.

Given the reality that cities don’t have any system of accounting for water being extracted from these private bore wells, it is highly presumptuous of them to punish construction industry for water crisis.

But the construction industry is no saint either, they over extract and waste water. Take the example of Gurugram, which has been sucked dry by developers. Part of the blame also falls on the government which failed to account for the collective impact of hundreds and thousands of construction projects being approved in close vicinity.

The city has now outlawed groundwater extraction for construction and only allows the use of recycled wastewater.

Construction can consume between 3,000 and 8,000 litres of water for every square metre of built up area, according to a 2016 study by Jadhavpur University, Kolkata. Lesser usage was reported from Pune, which is a water stress city and higher usage was from Kolkata, a water abundant city.

This indicates the construction industry’s ability to manage water, depending on the availability and the economics of the resource. Water consumption for construction can be further optimised by adopting water-efficient materials and technology.

With the ongoing clamour for housing in cities, it is insensitive to blanket ban all residential projects. Not to discount the fact that construction is the biggest employer of unskilled labour in this country and any kind of ban affects the sole source of their livelihood. Cities need to encourage better management of construction practices and enforce or facilitate the use of recycled wastewater for construction.

If a need arises to stop construction, it ought to be based on the projects’ water performance, and not just typology. Shutting down a water-efficient residential project while letting water guzzling commercial projects function is just not done.

If we need to ban, we should start with indulgence. Ban all grass lawns and water-intensive greening (like vertical gardens) in the city, just the way many water-stress places around the world, including California, have done. Grass in the lawns of the rich of Lutyens Delhi and Bengaluru’s Koramangala can be replaced with succulents. 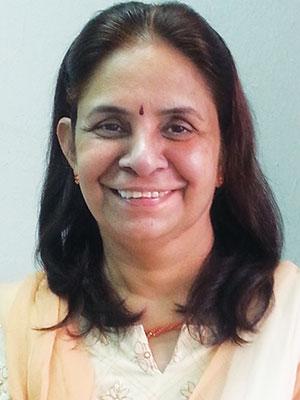 The composite Water Resources Management 2018, published by NITI Aayog, states that “droughts are becoming more frequent, creating severe problems for India’s rain-dependent farmers (about 53 per cent of agriculture in India is rainfed).

When water is available, it is likely to be contaminated (up to 70 per cent of our water supply is contaminated), resulting in nearly 200,000 deaths each year. Interstate disagreements are on the rise, with seven major disputes currently raging, pointing to the fact that limited frameworks and institutions are in place for national water governance”.

The baseline map on water stress shows that Karnataka, Tamil Nadu and even Andhra Pradesh, are in extremely high stress categories. The report has predicted that 40 per cent of India’s population will have no access to drinking water by 2030, and 21 cities including New Delhi, Chennai, Bengaluru and Hyderabad will run out of groundwater by 2020.

This year, Chennai is bringing water through trains from the Mettur reservoir, which itself is showing depleted levels until November when the rains will set in.

It is also a well-known fact that next to agriculture, construction industry consumes the maximum water, whose outcome will also lead to increased consumption of water as a large number of people reside in housing complexes.

Although, it is mandatory for all housing societies to have rainwater harvesting structures to either capture rainwater for treatment and reuse or to recharge groundwater, such structures are useful only if the rains do not fail or the precipitation is at a certain manageable rate.

Either prolonged periods of drought or very high precipitation within two or three days, as is happening these days due to climate change, render these water conservation structures unhelpful.

Construction of decentralised sewage treatment plants within housing complexes are being promoted and enforced through incentives and penalties to increase reuse of treated black and grey water for flushing, gardening and other non-potable uses.

However, the likelihood of tertiary treatment of such water for potable uses has not found much success even in city states like Singapore and will remain a challenge for Indian cities.

Therefore, I agree with the decision of Karnataka on wanting restriction on construction of residential complexes to tide over water scarcity especially because their Water Management Index of performance indicators, which are a measure of their overall performance on water conservation is only in the range of 50-60 per cent.