Though Kerala's Ashtamudi lake is a Ramsar site, government bodies and industries continue to pollute it 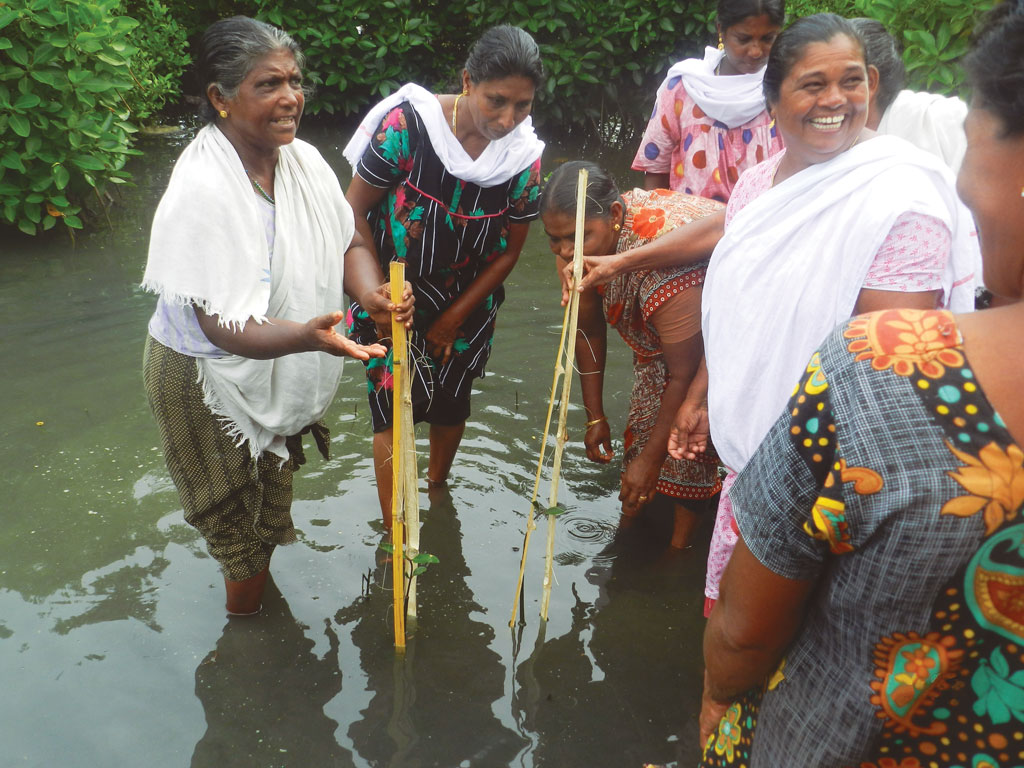 IN 2002, when Ashtamudi lake in Kerala was brought under the Ramsar convention, it was expected that this would stop the lake’s deterioration. Usually, when a water body gets notified under this international treaty on wetland conservation, its preservation and protection is boosted. Ashtamudi, however, lost 27 square kilometres in the decade that followed. In 2002, the area of the lake was 61.4 sq km.

According to the Wetland (Conser-vation and Management) Rules, 2010, formulated by the Ministry of Environment, Forest and Climate Change, the water bodies listed under the Ramsar Convention are not to be polluted or encroached upon. In the case of Ashtamudi, various government bodies have been polluting and encroaching upon the lake. In 2001, the Kerala Tourism Development Corporation built a hotel right on the bank of the lake. It has also been discharging untreated sewage into the lake, says B Vasantha Kumari, resident of Kollum district, where the lake is situated. She visits the lake frequently and says it has turned black and stinks. Steps should have been taken to prevent this discharge once the lake came under the Ramsar Convention—an intergovernmental treaty that provides the framework for national action and international cooperation for the conservation and wise use of wetlands and their resources.

In a similar case, the Kollam Corporation commissioned a biogas plant on the bank of the lake in 2007 with the help of the State Pollution Control Board. The plant operated for a short duration and pumped raw sewage into the lake. But in 2008, the board directed the corporation to shut it because the health of the lake had started to deteriorate. 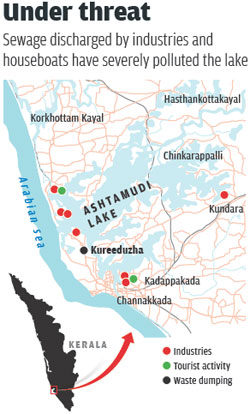 The lake has become a waste dumping site for the town, says L Razeena Karim, researcher at the zoology department of Fatima Mata National College, Kollam. She says that disposal of Kollam’s municipal waste has affected the physical, chemical and biological characteristics of the lake ecosystem. A study she did in 2011 found that biological oxygen demand in the lake was 9 mg/l. This is almost three times the standard set by the Central Pollution Control Board (CPCB) for water fit for outdoor bathing. The dissolved oxygen was as low as 1mg/l—one-sixth of CPCB standards. Nutrients like nitrate and phosphate were also found to be twice the standard levels. The presence of total dissolved solids in wells close to the lake was 64 times the permissible limit of 500 mg/l. As a result, the groundwater, which gets recharged by the lake, also gets contaminated, says Karim.

A lot of money is being spent on recharging the water table. This year, the district panchayat of Kollam earmarked Rs 8 crore for recharging wells in the area. This would not have been required had the lake been in proper health. Experts say that restoring the lake can solve the problem.

A part of the Kerala backwaters, Ashtamudi is the second largest lake in the state. Ashtamudi wetland is an estuary and the lake forms a major geomorphological feature of the Kollam town. It is a major tourist attraction and houseboats are a big draw. But they are also a major source of pollution because they release waste directly into the lake, says Prasanna Earnest, former mayor of Kollam. Apart from that, oil spillage from motor boats is affecting fish population, says Karim. According to a 2007 study by the University of Agriculture Science, Bengaluru, the lake has an annual economy of over Rs 1,900 crore, with 87 per cent of it coming from fisheries. Around 3,000 fisherfolk depend on the lake for their catch. 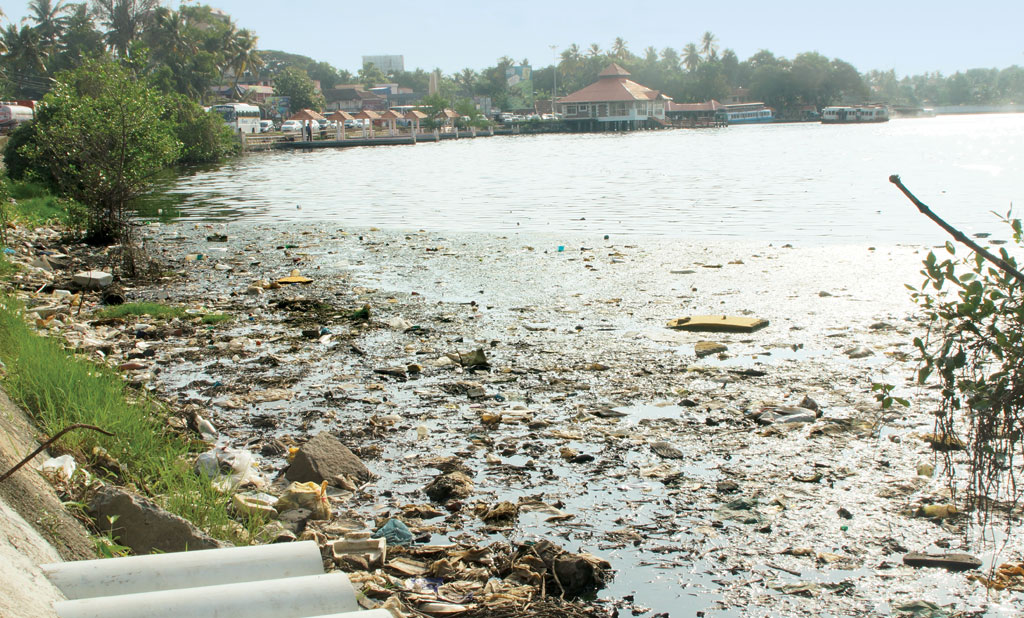 Another source of pollution is the runoff from agricultural fields in adjoining areas. Chemical fertilisers and pesticides are causing eutrophication of the lake. Small-scale industries like coconut husk retting also contribute heavily to its organic pollution.

Experts say that jurisdictional issues are the biggest hurdle in the maintenance of Ashtamudi. The land around the lake is under the state’s revenue department, the irrigation department is responsible for the water while the catchment area is under the forest department. Nizarudheen, additional secretary of Kollam Municipality, says since the town does not have enough treatment plants, untreated waste is discharged into the lake. He says the municipality has advised the district collector to set up treatment plants to improve the town’s sewage management. V K Madhusudanan, convener of Kerala-based non-profit Kerala Sastra Sahithya Parishad (KSSP), which has been working on the conservation of the lake since 2006, says there is an urgent need to take steps for managing the town’s solid waste. According to KSSP, the lake and its surrounding areas have already lost over 900 ha of mangrove forest and this has destabilised the shore line.

P Sivanandan, professor at the Centre for Development Studies (CDS), Thiruvanan-thapuram, says that deterioration of the lake ecosystem can hit tourism. But CDS has a plan that can help, he says. The plan, which has been developed in collaboration with the Centre for Earth Sciences, Thiruvananth-apuram, suggests measures such as banning mining in areas close to the lake, protecting the shore by planting trees, improving sanitation and addressing the problem of declining fish stock.

A few initiatives have also been taken at the district level. District collector A K Kawsigan recently organised two meetings to get suggestions from different departments for saving the lake. The Collectorate says it is compiling the suggestions.

But when will they be implemented is yet not clear.