Kashmir's handmade pashmina shawls have long been threatened by power looms outside the state. The problem has now spread within 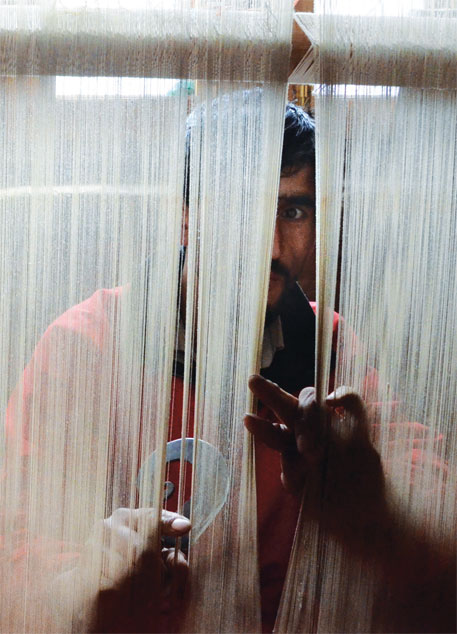 KASHMIR'S FABLED handcrafted pashmina shawls could soon be a thing of the past. The proliferation of machine-made pashmina products has become a big threat to the livelihood of the state’s artisans who have been spinning and weaving pashmina for ages. According to the Jammu and Kashmir handicraft department, the export of pashmina shawls fell from Rs 579.72 crore in 2013-14 to Rs 368.20 crore in 2014-15, declining by around 26 per cent. This is a second blow to Kashmiri weavers after the trade of shahtoosh shawls was banned in 2000.

Around 95 per cent of pashmina in Kashmir is now processed through power looms because they offer a better margin of profit. These looms are not registered for making pashmina products, but operate illegally. Proliferation of machine-made pashmina has also made the craft lose its purity because the wool has to be mixed with nylon or angora to make it survive the strain of mechanical weaving (see ‘Soft gold’,). The sharp fall in handmade pashmina was also admitted by the Union Minister of State (independent charge) for Textiles, Santosh Kumar Gangwar, while replying to a question in the Lok Sabha on May 7.

The problem started about a decade ago when industries in textile hubs like Ludhiana and Amritsar in Punjab began manufacturing pashmina shawls. At that time there was a demand that pashmina items made in Kashmir be given a Geographical Indication (GI) certificate to differentiate them from machine-made pashmina. This was granted in 2005. But now, when industries in Kashmir have started manufacturing pashmina, GI tag is of no use. Rouf Ahmed Qureshi, president of Kashmir Pashmina Karigar Union (KPKU), says that when Kashmiris do not understand the importance of their craft, not much can be expected from other states. KPKU has been demanding a complete ban on machine-made pashmina products. They claim that this can save livelihood of about 500,000 people, of which around 100,000 are women. In April this year, weavers came out on the streets in Srinagar, demanding action against people who use machines for making pashmina shawls.

Spinning of the pashmina thread is mostly done by women. Experts say that women, on an average, spin 2.5 gm of pashmina a day for which they get Rs 25. If a woman works for 25 days a month, she can make Rs 625. If more than one woman in a family is involved in the process, the income is more. This is enough for sustenance. On the other hand, spinning 2.5 gm on machine costs only Rs 3.75. Shahjada Shabnam, a spinner based in Narwara locality of Srinagar, says that she gets work for hardly three days in a month. 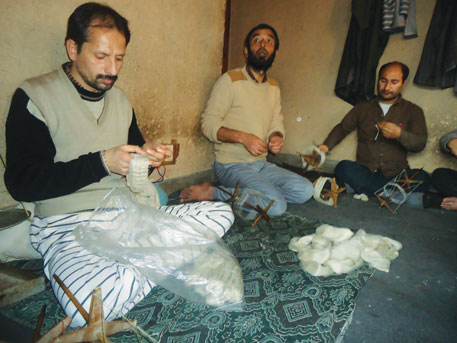 The lack of employment opportunities has also hit weavers. Riaz Ahmed, a Srinagar-based weaver, says he earns less than Rs 4,000 a month. Workers who make pashmina on power loom earn Rs 70-100 per shawl and the weaving process takes about five minutes. On the other hand, it takes three to four days to weave a pashmina shawl on traditional handloom and an artisan gets around Rs 1,000.

“There is no protection for artisans who spin pashmina and weave shawls by hand in Kashmir,” says Qureshi. Handloom artisans in the country enjoy protection under the Handloom (Reservation of Articles for Prod-uction) Act, 1985. The Act bans the use of machines in making several handicraft items. Pashmina was brought under the Act in 2008. But the Act is not applicable in Kashmir.

The state government, however, has taken a few half-hearted measures (see ‘Course correction’). On February 22, 2014, the Directorate of Industries & Commerce, Jammu and Kashmir, ordered all registered and unregistered units in Kashmir to “desist from such activities”, failing which “action as warranted under rules shall be initiated”.

The order did not have much impact. In June last year, an inspection by officers from the department of handicrafts, led by the director of handicrafts, Jammu and Kashmir, in several industrial areas of the city found many industries making pashmina products.

They were let off with a warning. According to the inspection report, at least 30-35 units in the state are technically equipped to carry out spinning and weaving of pashmina on machines and if steps are not taken to check production of machine-made pashmina, the cottage industry could face extinction.