Global warming is the biggest and most difficult economic and political issue the world has ever needed to confront. First, co2 emissions are directly linked to economic growth, growth as we know is on the line here. We will have to change our ways. There will be costs but they will be a fraction of what we will need to spend in the future.

Secondly, the issue is about sharing that growth between nations and between people. The question is how the world will share its right to emit (or pollute), or, will it freeze inequities? Will the rich world which has accumulated a huge 'natural debt'--overdrawing on its share of the global commons --repay it so that the poorer world can grow and use the same ecological space?

Thirdly, climate change is about international cooperation.It teaches us that the world is one; if the rich world pumped in excessive quantities of co2 yesterday, the emerging rich world will do it today. It also tells that the only way to build controls will be to ensure that there is fairness and equity in the agreement, so that this biggest cooperative enterprise is possible.

The way forward would be to re-negotiate the world's agreement on combating climate change. But this time the agreement must be political. It must reflect the desperate urgency of a world faced with catastrophe. It must be fair and meaningful.

There is clear understanding that the rich and the emerging rich world need to make the transition to a low-carbon economy. There is also much better understanding that the route ahead is through technologies that we already have in hand. The answer will lie in deploying these low- and non-carbon technologies massively and in improving efficiencies in the use of energy. But efficiency alone will not solve the problem; sufficiency will. The rich world will have to learn to live on less. The fact is we know how to change.


The tragedy of the atmospheric common has been the lack of rights to this global ecological space. As a result, countries have borrowed or drawn heavily and without control. They have emitted greenhouse gases far in excess of what the Earth can withstand. This was because they could emit without limits or quotas and were "free riding" on this natural capital. Some researchers have called this the "natural debt" of the North, as against the financial debt of the South.

This is the science and the politics of co2. One tonne of co2 emitted in 1850 is the same as a tonne emitted today. The greenhouse gases-- co2, methane and nitrous oxide--have long lifetime in the atmosphere; these gases are still warming the atmosphere, at any given year. The 'sinks'--forests, oceans and soils--are the only cleaners of this dirt. The net emissions add up to the space that a nation has appropriated in the global atmospheric common and therefore its responsibility for the climate change.

This principle was accepted by the climate convention, which agreed that the rich world had to reduce its emissions to make space for the poor to grow. In 1997, the Kyoto Protocol set the first, hesitant and weak, target for reduction by the rich countries. But this agreement has been more of less reneged on. The per capita emission of co2 from fuel combustion in the us is still roughly 20 tonnes per year; between 6 tonnes and 12 tonnes for most European countries. This is not comparable to the per capita emissions of China, roughly 4 tonnes and 1.1 tonnes in India.


In this situation, curtailing the emissions can only be done through the creation of rights and entitlements of each nation to the atmosphere so that future responsibilities are clearly demarcated. In 1991, the Centre for Science and Environment had proposed the concept of equal per capita entitlements to greenhouse gas emissions. In this model, the countries would be assigned quotas of their entitlements based on the population. The national entitlement would then be the basis of a global trading system. Countries, with excess entitlements would have an incentive to make the transition to clean energy, in other words, use the trading mechanism to sell emission quotas and to invest in low- or zero-carbon technologies. This will provide a framework of climate justice and effective action.

It is clear, given the enormity of the challenge, that the worst of climate change can only averted if the world can make a rapid transition to a non-carbon energy economy. The nations of the world would then have almost unlimited environmental space at least in the foreseeable future to use energy for their economic growth. The world needs an international mechanism that not only provides incentives to all nations to live within their entitled amounts but also helps to promote a rapid transition to a non-carbon energy economy. The principles of contraction and convergence-- the rich to reduce, while the poor to grow--and equal per capita entitlements--living within limits--would be the basis of future global agreement.

It is inconceivable for the world to converge in terms of equal emissions. Currently, the global average is about 4 tonnes of co2 from fuel combustion per person. For stabilization of emissions we required to reduce what is consumed already, forget adding more. It is agreed that the world, to avert the worst, must reduce its annual per capita emissions to 2 tonnes. In this scenario, the effort has to be to build the principle of equity, to transform the world energy system.


If low-level polluters can trade their unused emissions rights with high-level polluters, this would provide an incentive to keep their emissions growth path as low as possible. Additionally, emissions trading can promote transition to renewable energy technologies if it is restricted to zero-carbon energy projects. Currently, if the clean development mechanism is used only to fund zero-carbon energy technologies, the emissions reduction costs will be higher than the least-cost options, such as clean coal technologies and energy efficiency projects. But this cost will reduce as these technologies are refined and increasingly used in the world.

Once it is accepted that nothing less than energy transformation will work, the purpose of equal per capita emissions entitlements is also re-defined. Its most important purpose is not to create a framework that forces all countries to converge on a sustainable level of emissions at a future date but rather to create a framework for engaging developing nations such that the world can kick start the movement towards a zero-carbon energy transition. Once the world seriously begins moving towards such a transition, the entitlement framework will become increasingly redundant.

The greatest advantage of equitable and tradeable emissions entitlements is that they immediately engage developing countries and provide them with an incentive to keep emissions low. Although many developing economies are growing rapidly, it is unlikely that they will use up their entitlements in the near future. The potential to trade their unused entitlements would immediately give them an incentive to move towards a low emissions developmental path. Equity provides then the framework for effective action.


But as much the world needs to design a system of equity between nations, nations of the world need to design a system of equity within the nation. It is not the rich in India who emit less than their share of the global quota. It is the poor in India, who do not have access to energy, who provide us the breathing space. India, for instance, had per capita carbon emissions of 1.5 tonnes per year in 2005. Yet this figure hides huge disparities. The urban-industrial sector is energy-intensive and wasteful, while the rural subsistence sector is energy-poor and frugal. 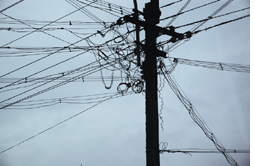 Currently, it is estimated that only 31 per cent of rural households use electricity. These are the household, who provide the rich in the world the space to breathe. These are also the households who cannot be indicted to energy-poverty because the world has run out of space.

The fact is that it is the poor, in India, China or Africa, who control the 'unused' entitlements in the global atmospheric-emission market. Connecting all of India's villages to grid-based electricity will be expensive and difficult. It is here that the option of leapfrogging to off-grid solutions based on renewable-energy technologies becomes most economically viable.

If India's entitlements were assigned on an equal per capita basis, so that the country's richer citizens must pay the poor for excess energy use, this would provide both the resources and the incentives for current low energy users to adopt zero-emission technologies.

In this way, too, a rights-based framework would stimulate powerful demand for investments in new renewable energy technologies.

Let us be clear. The challenge of climate change is a make or break situation for the world. It forces us, perhaps for the very first time in our history, to realize that we live together on one Earth. It tells us that the there are limits to growth and more importantly that growth will have to be shared between all. The big question is if we will prove to be equal to the challenge. The answer is that we have no choice. There is no other way.