What is healthy oil for our healthy bodies

What is healthy oil for our healthy bodies 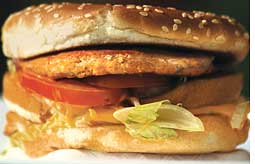 The oil we eat is essential for our body to function. We cannot do without it. Thus it is important to understand its chemistry. It is agreed that healthy oil is one which has less saturated fat, more monounsaturated fat (mufa) and polyunsaturated fats (pufa) is balanced between the two. It should also be rich in omega 3, 6 and 9 fatty acids (see box mufa, pufa and omega).

But what does this mean to us, when we go out to buy our oil?


It is impossible to say with certainty, which oil is the best. The reason is partly to do with commercial interests, which makes some oils bad and some good.


Certain good oils have been given a bad name. For example, coconut oil was considered unhealthy because it has high amount of saturated fats. But studies found that the oil is healthy because its carbon chains are shorter in length than other saturated fats. A study in Kerala in 1995 on 64 volunteers showed that adding coconut kernel to the diet did not bring about any change in the total cholesterol, hdl cholesterol or ldl cholesterol, in the serum.

Research has also found that coconut oil has antimicrobial components and leads to normalization of body lipids, protects against alcohol damage to the liver and improves the immune system's anti-inflammatory response.

But it is still not the preferred medium for the market because coconut oil is expensive; it is shunned by the food industry. The industry prefers oils like canola (rapeseed), says Mary Enig, a nutritionist in the US, who writes on fats and their impacts on human bodies.

She says this industry-friendly oil was marketed as being "as healthy as olive oil" because it is similarly rich in mufa. But then research found that about two-third of the mufa in rapeseed is erucic acid, which was associated with fibrotic lesions in the heart. To fix this Canadian plant breeders developed a variety of rapeseed, low on erucic acid and high on omega 3 and oleic acid, which is an omega 9 fatty acid.

This new oil, sold as lear oil, bombed in the US as farmers and consumers shunned it. Industry then went to town to sell and decided to change the name--from 'rape', 'lear' to canola, to give a healthy image for what Enig calls the Cinderella oil.

All of a sudden canola oil began to appear in recipe books, which was perfect for Mediterranean diets, replacing olive. Research and recipes were pushed, this time extolling omega 3, which suited canola, because it was high on this fatty acid as well.

Enig notes that this hard-sell was not right. A large numbers of studies point to the "fact that canola oil is definitely not healthy for the cardiovascular system". She points out that these studies also find that the use of this oil retards growth, which is why the US Food and Drug Administration does not allow it in infant formula.

But then how were people in China, Japan and India, where rapeseed oil has been traditionally used, coping? Research has found that these adverse impacts of rapeseed oil can be mitigated if it is combined with butter or ghee. The problem is not with the content of the erucic acid but with the high levels of omega-3 in the absence of saturated fats. In other words, explains Enig, the advice to Indian housewives not to use butter and ghee, which was previously used in combination with rapeseed oil, is the real problem. Also, it concerns the processing of the oil. In the past, rapeseed oil was cold pressed in thousands of small neighbourhood mills and it was consumed fresh. This, she says, gave it its added benefits.


This is another debate in the science of oil and nutrition. Olive oil is considered the best for the heart, only when it is cold pressed. Research published in the open-source journal BMC Cancer done by Spanish researchers found that the major complex phenols present in extra-virgin olive oil also prevent cancer. These are not present when the oil is extracted through solvents.

In India, there is a similar perception that the cold-pressed mustard oil is better for health. "In the last year, the sales of mustard oil has increased suggesting that people are more health conscious," said S K Shukla, director, Data Group, a company specializing in mustard oil. It is because of these reasons that the interest is growing in traditional oils like rice bran, coconut and mustard, shunned by the modern oil industry.


There is increased attention on the omega factors in oil. But researchers cannot agree on what works best in which circumstance. It is accepted that the human body needs a ratio of 5-10 1 of omega 6 to omega 3.

A P Simopoulos from the Center for Genetics, Nutrition and Health, Washington DC, in the September 1999 issue of American Journal of Clinical Nutrition found that over the past years there has been an enormous increase in the consumption of omega 6 fatty acids due to the increased intake of vegetable oils from corn, sunflower seeds, safflower seeds, cottonseed and soybeans.

Mahtab S Bamji, one of India's most eminent nutrition scientists, suggests this ratio should not exceed 101.


There are no straight answers. In spite of all the hard sell for one type of oil being best, nutritionists are of the view that the best oil is an oil used in moderation and switched frequently to get the maximum nutrition value.

S K Kalia, general manager, quality control of Dhara (manufacturer of many refined oils), said the best option would be to use oils rich in mufa, like olive, mustard and groundnut as well as those rich in pufa, like soyabean and sunflower.

But the choice must be yours (and not the company's) to make.